You may have already seen the viral video of a white woman in New York City arguing with a black guy who simply asked her to put a dog on a leash.

Instead of obeying the posted rules in the park, she basically tried to have the guy killed, or at least arrested, by calling the cops and making up a story about "an African-American man...threatening [her] life."

All the while she's holding her dog by its collar, seemingly choking him.

Well, in the span of a couple of hours, her entire life has been blown up.

Her employer put her on an administrative leave (that will probably become a full firing):

Fire her. She's a despicable racist and animal abuser. And she's unhinged. People like #AmyCooper need to know there are consequences to their actions...

She was forced to return her dog to the shelter she got it from, partly because it seemed she had also been abusing it in the past:

Thank you to the concerned public for reaching out to us about a video involving a dog that was adopted from our rescue a few years ago. As of this evening, the owner has voluntarily surrendered the dog in question to our rescue while this matter is being addressed. 1/2

never seen someone who had Munchausen by proxy through their dog before, but #AmyCooper has pulled it off. pic.twitter.com/S3sDaj731K

And her name, Amy Cooper, became a trending hashtag on Twitter, making her the unfortunate Main Character of the day: 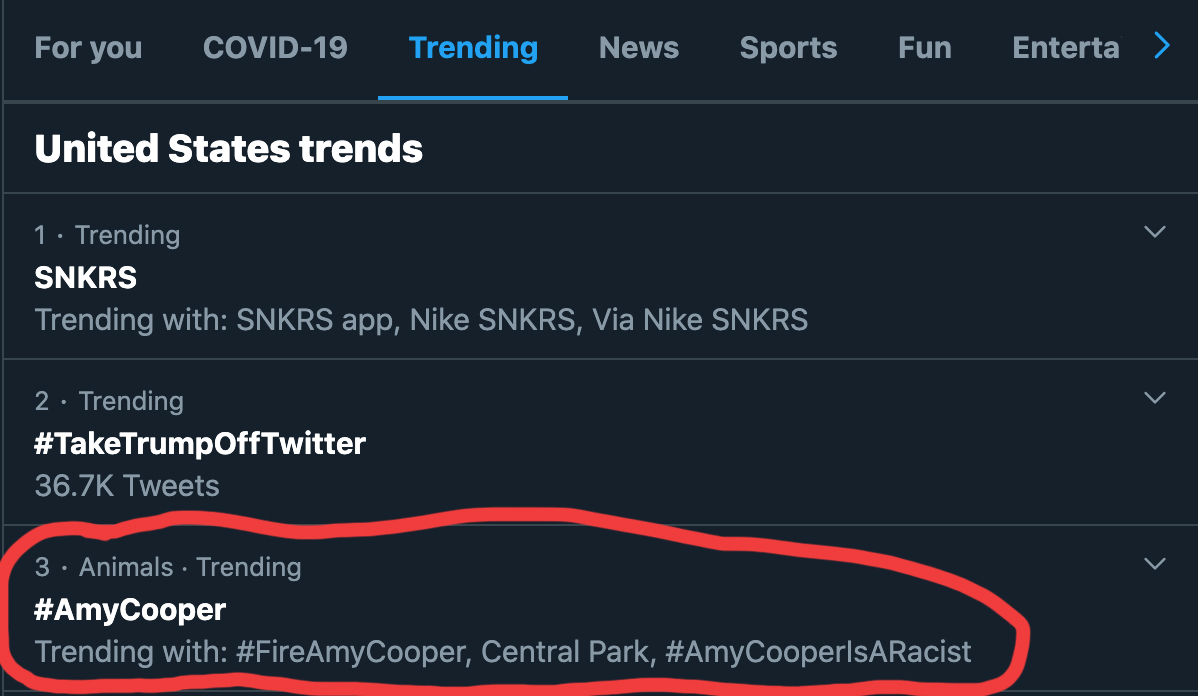 This whole #AmyCooper thing reminded me of a comic I did for Mad Magazine. pic.twitter.com/KOBewdKewi

I have never seen someone dragged on LinkedIn by white collar professionals nonetheless but this is my favourite by far #AmyCooper pic.twitter.com/Bl6Q8SIutm

Despite her attempt at walking back the incident with an apology, no one is buying it. Yeah, she's pretty much screwed:

#AmyCooper said, “Her entire life is being destroyed right now.” But she had NO PROBLEM trying to destroy a Black man’s life with her lies. She knew exactly what she was doing and now she is on her “I’m the real victim” tour. https://t.co/lb9mjoOoT4

Anyway, hopefully everyone had a better Memorial Day than this lady and join us next time on What Will Karen Do Next? 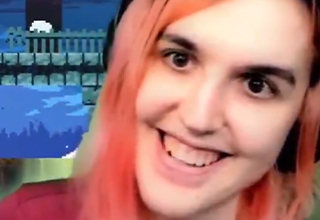