The release of Netflix's four-part documentary about the murders and confessions of infamous serial killer Ted Bundy has sparked an odd trend on the internet: People are finding the man who murdered at least 30 young women... attractive.

I know he’s a murderer but we can say Ted Bundy is hot right? I mean Efron is going to play him. Feel like that’s OK

abbey is texting me about how hot ted bundy was... i’m now accepting new best friend applications since this white bitch lost her marbles

Jack the Ripper was a zaddy

The backlash to the idea that a serial killer might be attractive has come fast and hard.

Ted Bundy wasn’t even hot for 1970’s standards. You just want to have sex with a serial killer.

Netflix itself was spurned to tweet against the disturbing attraction.

We can only hope people will come to their senses and see the man as he really was: a killer.

But he’s hot though

He was hot in that electric chair 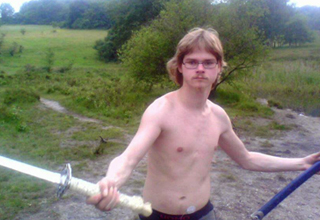