A few days ago, hitherto-unknown YouTuber Pieman released a video detailing what he outlined as evidence that Logan Paul's infamous Japan Incident, in which the YouTuber uploaded a video of him and his friends laughing and mocking the corpse of a suicide victim, may have been entirely fabricated; that the backlash and uproar that it generated for Paul and which forced him to release an apology video that has since been memed into oblivion, was nothing more than a calculated move on his part to inject his YouTube fame with steroids.

Pieman's original video, included below (albeit age-restricted), has since been chopped down to about half of its size due to copyright claims launched by Logan Paul's legal team (claims which extended beyond their own content).

And he makes a convincing argument. Throughout the video, the YouTuber dissects the incident beat by beat, pointing out certain details that, ostensibly, seem suspicious. These details, coupled with the fact that Paul's stardom only further exploded in the wake of the controversy seem to offer some support for the theory that Logan Paul faked the Japan incident.

The video quickly went viral, garnering tens of thousands of views in a short period of time and earning the small-time YouTuber about 2000 subscribers.  That was the original story here: YouTuber Details Logan Paul Hoax Conspiracy.

After the video went viral alongside the hashtag #LoganFakedIt, a few prominent YouTubers debunked several key points in the theory. One of the more "damning" pieces of evidence put forth by Pieman was the fact that Logan Paul's footage outside the forest actually placed him at the Narusawa Ice Cave, supposedly a different location entirely. In truth, it turns out that, well, Narusawa Ice Cave is very much inside the Aokigahara Forest (a.k.a the Suicide Forest).

So it seems we may have something of a Streisand Effect going on here, where heavy-handed censorship is adding fuel to a conspiracy theory fire that otherwise seems flat-out debunked.

We even have Pieman himself acknowledging, in retrospect, that there is plenty of compelling evidence that the incident was, well, probably real. And that Logan Paul really did pull a piece of sh*t move by laughing and mocking a very real dead body.

But, in some ways, the fact that #LoganFakedIt is still a thing is entirely of Logan Paul and his management's own doing; by trying to smother an essentially unknown YouTuber's less-than-perfect video, they immensely amplified its reach.

Which is, of course, kind of hilarious considering Paul is an otherwise accomplished puppeteer of the internet that fattened his wallet and earned him an asinine boxing match with the greatest boxer of all time. 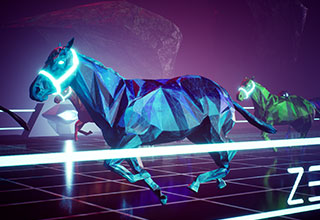