1. Let's Scare Jessica To Death (1971) - This low-budget horror film has a weird air about it, particularly because it's shot mostly during the day, which makes it way creepier. A young girl travels home after a short stay in a mental hospital only to begin to see visions and to be tormented by a girl that she thinks is a vampire and evil forces surrounding her.  Jessica has to determine if this is her mental illness creeping back in or if she really is being plagued by the unknown.

2. Kill List (2011) - This film was a sleeper hit that had horror fans and film festival goers talking for weeks. When a contract killer has a horrible experience in Kiev, his friend tries to recruit him for one more job before he retires. However, by excepting this contract, he falls into the world darker and more frightening than he could ever imagine. This is by far the creepiest hit man movie ever made and not only a fantastic horror flick, it's also an exceptional thriller.

3. Suspiria (1977) - From Italian horror master, Dario Argento comes his magnum opus, SUSPIRIA. A young woman attends a ballet school only to find that the teachers and students are quite strange, she is constantly getting ill and oh yeah . . . lots of people are getting murdered. The technicolor horror-fest that is SUSPIRIA will freak you out and also wow you with it's attention to detail and style. Also, the soundtrack by Italian band Goblin is truly one of the best and creepiest of the decade.

4. Dead Of Night (1945) - Known as one of the creepiest movies from the 1940s, this is the film that fucked up an entire generation of British kids. Johnny Rotten, the lead singer of The Sex Pistols, famously said that this was one of the movies that terrified him as a child, particularly the scene with the ventriloquist dummy that comes to life. This film is broken up in short horror vignettes that pre-dated THE TWILIGHT ZONE by over a decade.

5. The Entity (1982) - The film is rough from the go. Carla Moran is a single mother that is attacked and raped in her home by an unseen entity. After seeing a psychiatrist that doesn't believe she isn't attacking herself, she invites to college students that study the paranormal to help her fight off the evil force. What's really terrifying is that this film and novel was based on the real-life case of Doris Bither.

6. The Poughkeepsie Tapes (2007) - One of the most inventive horror films in the "found-footage" genre, THE POUGHKEEPSIE TAPES plays out like a terrifying documentary. The story goes that the police in Poughkeepsie, NY have found over 800 video tapes that a killer has made over the past decade, of his tortures, killings, and dismemberments. This one will make you want to take a shower after the movie is over.

7.  Oculus (2013) -  You've surely seen this one pop-up in your Netflix recommended queue and for once the online streaming service is completely right. OCULUS follows a woman and her recently released from jail brother as they return to their childhood home where a mysterious mirror makes the mother and father go insane and kill each other, even though the brother was charged with the crime. With flashbacks from modern day to the lead character's childhoods, this movie is sure to have you on the edge of your seat.

8. House of The Devil (2009) - One of the most recent on the list, HOUSE OF THE DEVIL exhibits something horror fans truly love, a creepy old house, cults, and killers. How can you loose! Samantha is trying to start a new life in a new apartment and takes a babysitting job from a strange ad flyer found on her campus. When she gets to the home of the employer, he lets her know that she won't be watching a child, but rather his aging mother. Little does she know that they will never let her leave.

9. The Town that Dreaded Sundown (1976) - Based on the real killings that took place in the mid-40s in Texarkana, Texas, THE TOWN THAT DREADED SUNDOWN is a classic slasher film that delivers. The town of Texarkana, Texas actually have a public screening of this film each year, which is weird since real people were slaughtered in the town. The film is supposed to be very accurate, saying only to have change the names of the victims involved.

10. The Night Stalker (1972) - This was actually a made for T.V. movie that took off like wildfire, only to be passed in ratings by ROOTS a few years later. A reporter played by Darren McGavin is hunting a serial killer in the Las Vegas area that he believes to be a vampire, having drained all the blood from his victims. No one believes him of course and he has to battle the blood-sucker alone. This movie is available on YouTube to watch. The Night Stalker was also adapted as a television show due to its success. 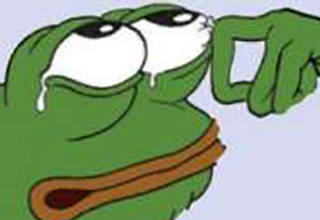