Catching that slippery coworker who manages to use the most dishes in the office while cleaning none of them, is an art form. Some people devote a lifetime toward mastering their craft, but the dirty dishes are piling up, and your office kitchen doesn’t have that much time left. With these 10 tips, you’ll stand your best chance yet at shining that brutal spotlight of truth down upon their laziness, ASAP. Catching that lazy scoundrel red-handed is a critical shot to your mind’s reward-oriented pleasure center. Seriously. Your brain will drop some dopamine to commemorate the occasion. Life’s hard enough. Who doesn’t want some dopamine? So, take these 10 tips with you and relish the days on the horizon, where you’ll no longer grind your teeth in devastating frustration, as you cast wearied glances toward the eyesore you used to call the kitchen. 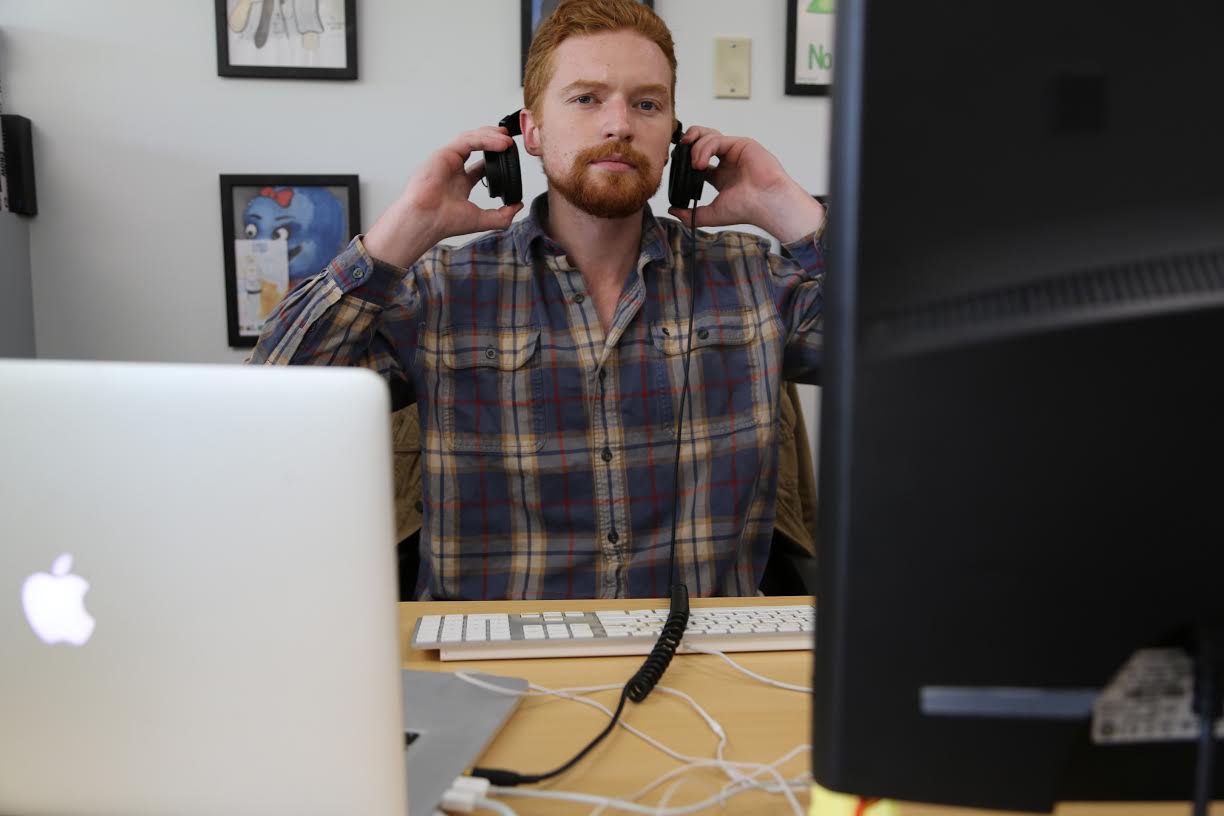 I get it. Sometimes those earphones that aren’t playing music half the time are all that stand between you and the terrible reality of conversing with coworkers you’d just as easily ignore if you didn’t share an office with them. However, you’ve gotta keep those ears to the ground, and ready yourself for the harsh clatter of once innocent and clean dishes being put to use. 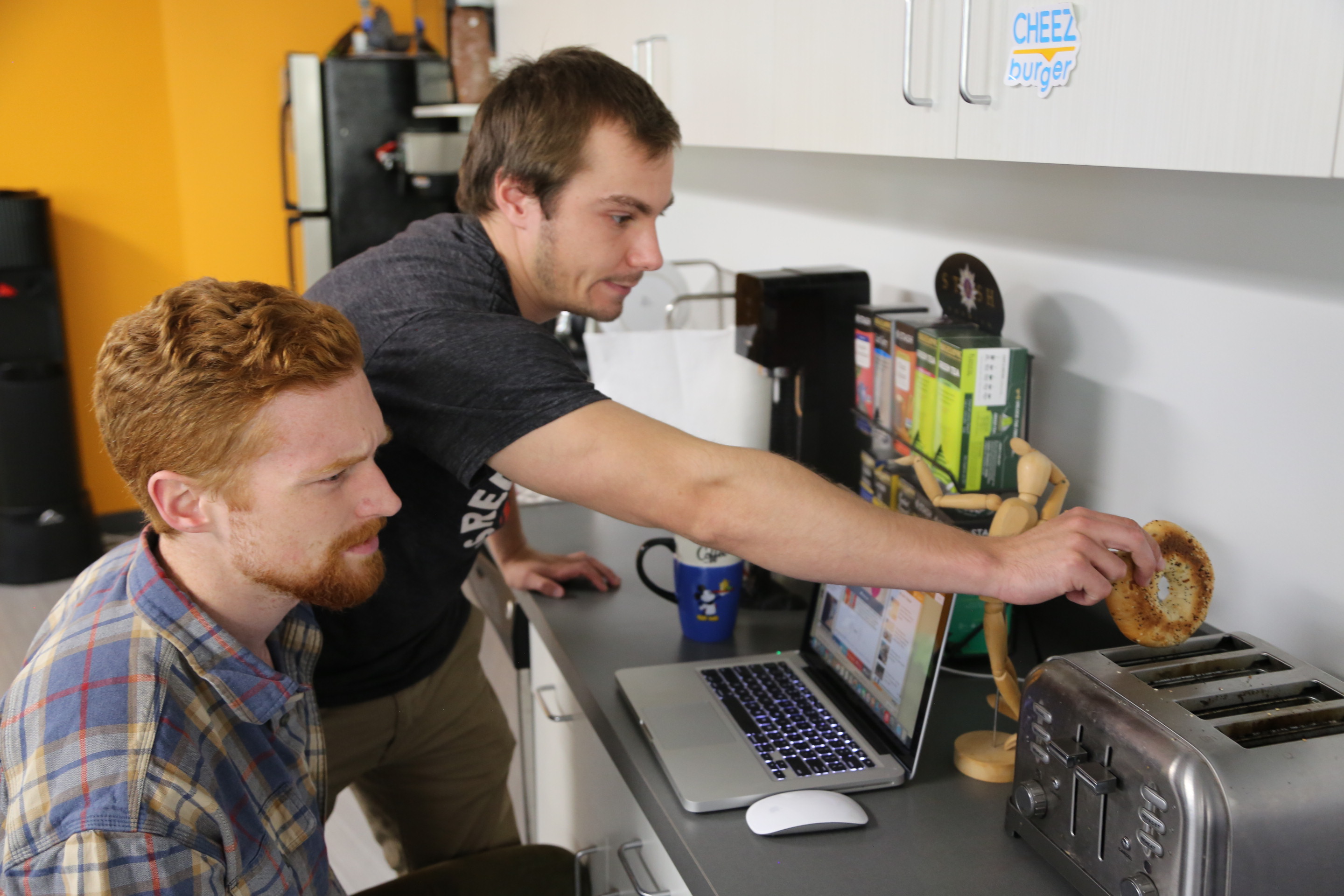 Get ahead on work, clear your calendar, do whatever you have to do to get yourself situated for the long haul of basically living in the kitchen. Yes, it’s your new (temporary) home. Bring food and water; this might take awhile. Eventually, the culprit will come around to snag a plate or his fifth water glass (the other four are still on his desk, obviously), and the rest is history. 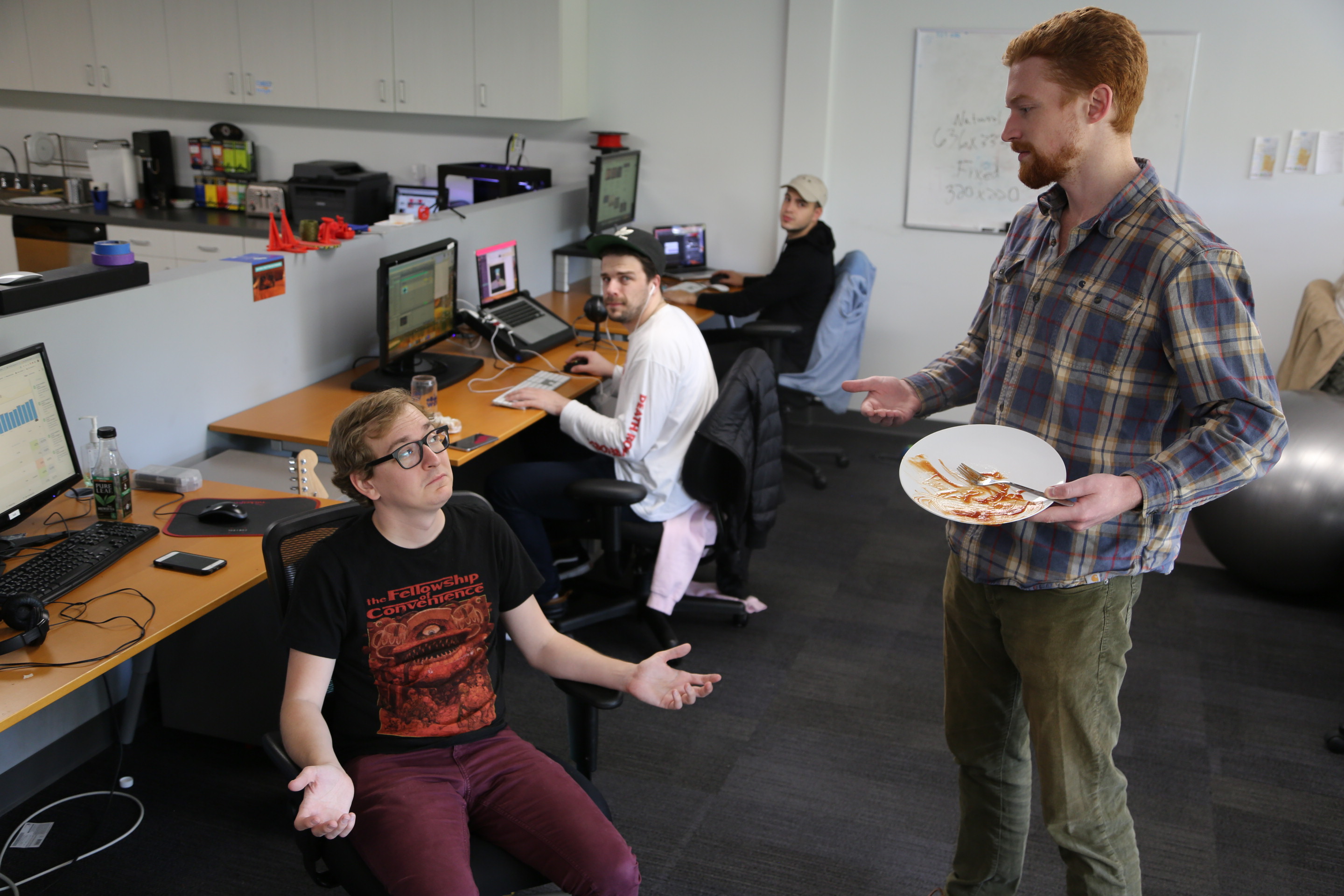 Don your best poker face and forget your moral compass at home, as you’re about to play some devilish mind games. This tactic is all about pointing the finger at the hypothetical wrongdoer to see who’s the most shook, after the fact. Who’s blushing for no reason? Who’s talking with the shaky voice like they overcommitted on the coffee (make sure it’s not the coworker that always does)? From there, take rigorous mental notes, and wait patiently. The lazy coworker you’re looking for might muster up enough energy to try and cover their tracks. 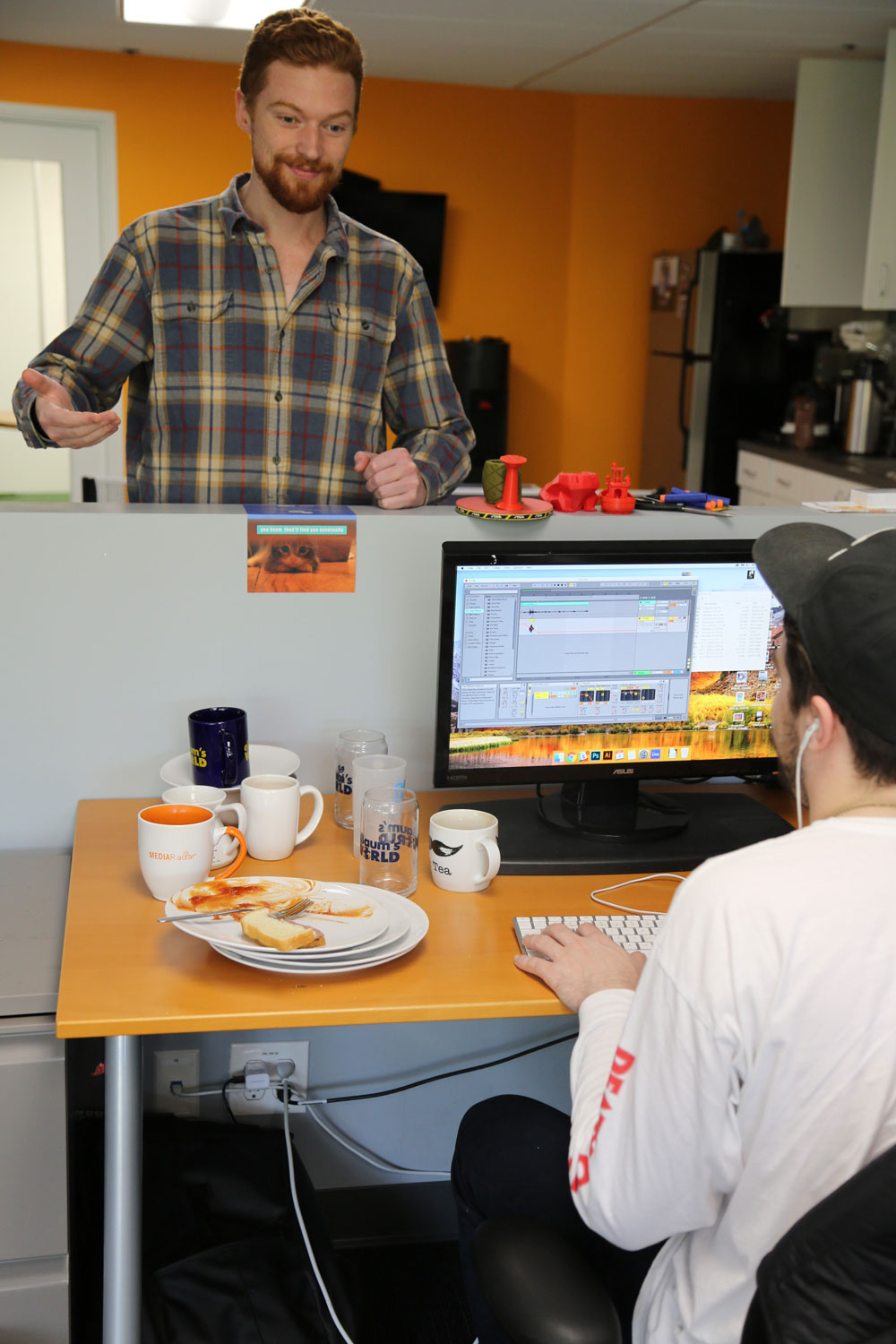 Sometimes tracking down the dirty dish creator by simply looking at their desk. You might find some suspect paraphernalia that looks like 3-week-old crusted silverware in plain sight, or that one mug you’d grown quite fond of til it fell off the face of the earth and into the wasteland they call their “workspace.” 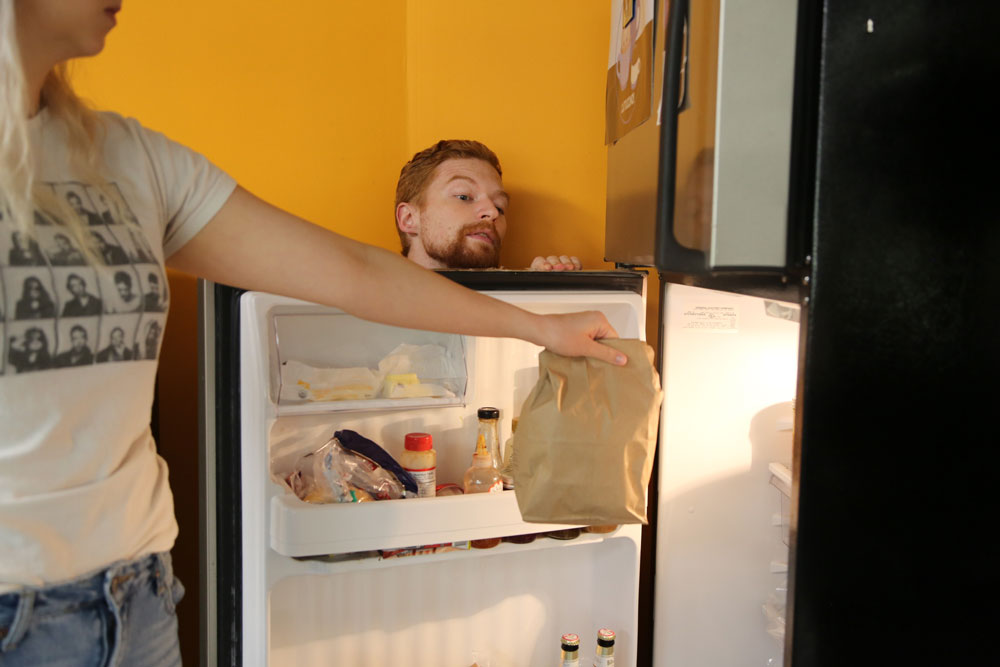 When trying to solve the Mystery of the Dirty Dish it’s important to know who’s bringing their lunch from home all the time.  Are they bringing the necessary silverware/plates to back that operation up? Doubtful. All too often these motivated go-getters who get up early to make that financially-friendly lunch are often doing so at a cost to the kitchen. By the time they get around to eating they simply do not have the energy to clean the fork or plate after using it for lunch. If you notice someone is bringing their lunches to work, keep an eye on those plates, my friend. You must have your first clue. 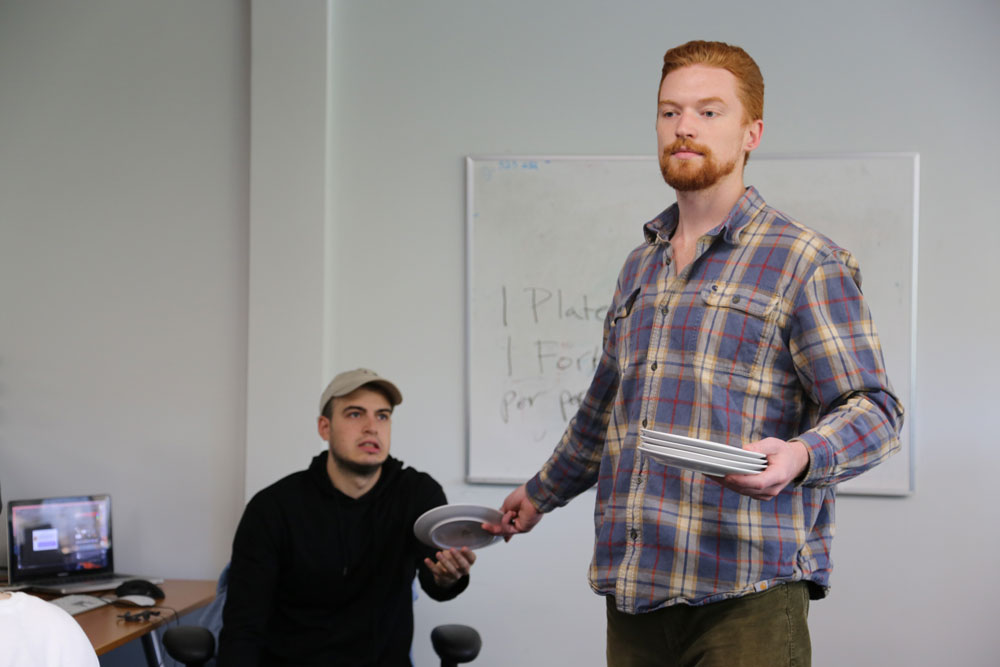 6. Assign everyone plates and silverware

If you feel inspired to make your office more rigid than normal (hopefully), and people genuinely uncomfortable as the day they first started there; then go ahead and label off some plates and silverware. Weird looks and emotional distress are guaranteed, but so is catching that culprit that forced your hand into doing this, in the first place. 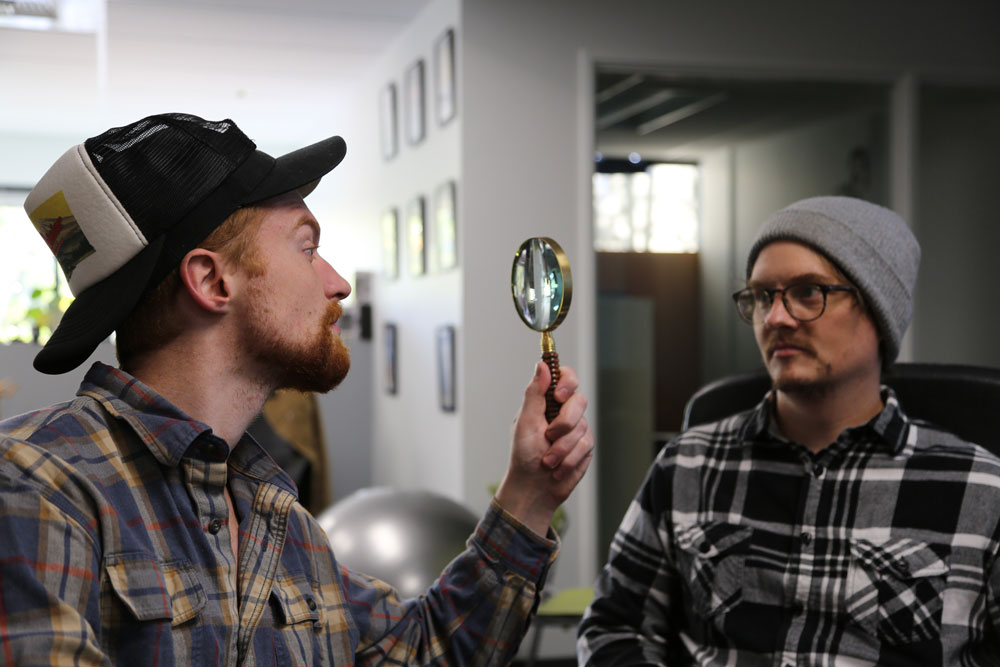 Time to put your officially unofficial detective skills to work. Stir up some hot gossip with the office chatterboxes, and steer the conversation toward that cesspool that was the office’s kitchen sink when the opportune time presents itself. Gauge interest levels, and defensiveness. Who is ALL about solving the office mystery, and who wants to talk about something else immediately? Therein lies the answer you’re looking for, Sherlock. 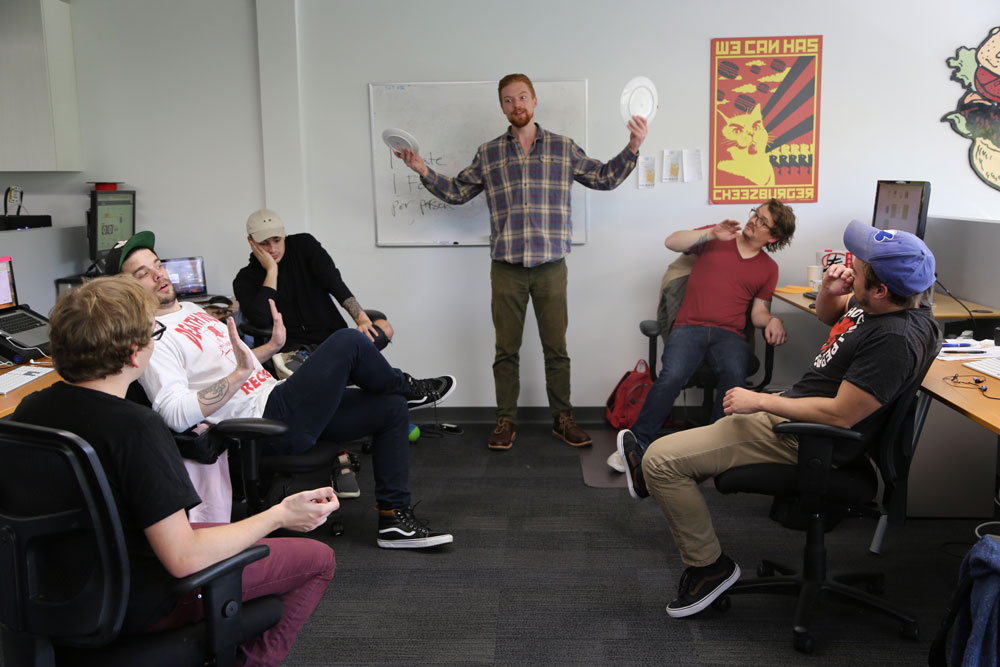 It’s now clear to your coworkers that your sole purpose is to make everyone else’s existence dreadful through going full-on broken record when it comes to whining about the failing state of the office kitchen. Eventually, people will start to care about something more than themselves and their work, and ultimately band together to help solve the mystery of who’s creating the dirty dish pile even if it’s just to shut you up. I mean hey, desperate times call for desperate measures. 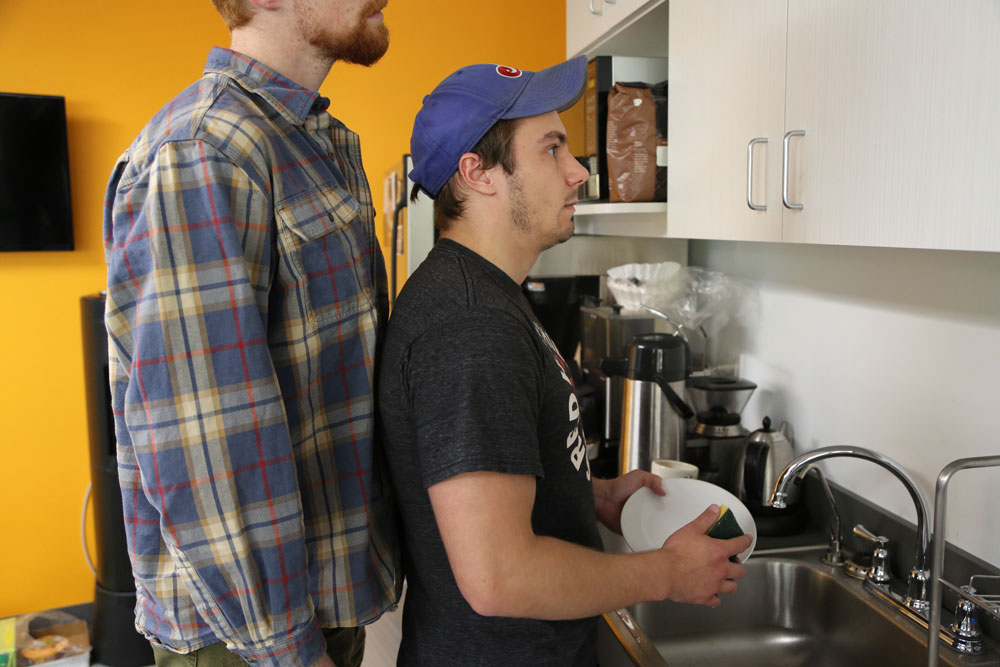 Now you’re that coworker that never seems to be at their actual desk. You’re a vagabond, a drifter, a maverick determined to navigate the carpeted/wood-floored/etc highways between different desks, to shake up the peace and quiet; and invade people’s personal space through following them around with conversation -- everywhere. It’ll be uncomfortable for you, and for them, but stay strong and grind your teeth with stubborn persistence until you catch that dirty dish-making coworker in the act. The payoff’s worth it. You want that kitchen back! 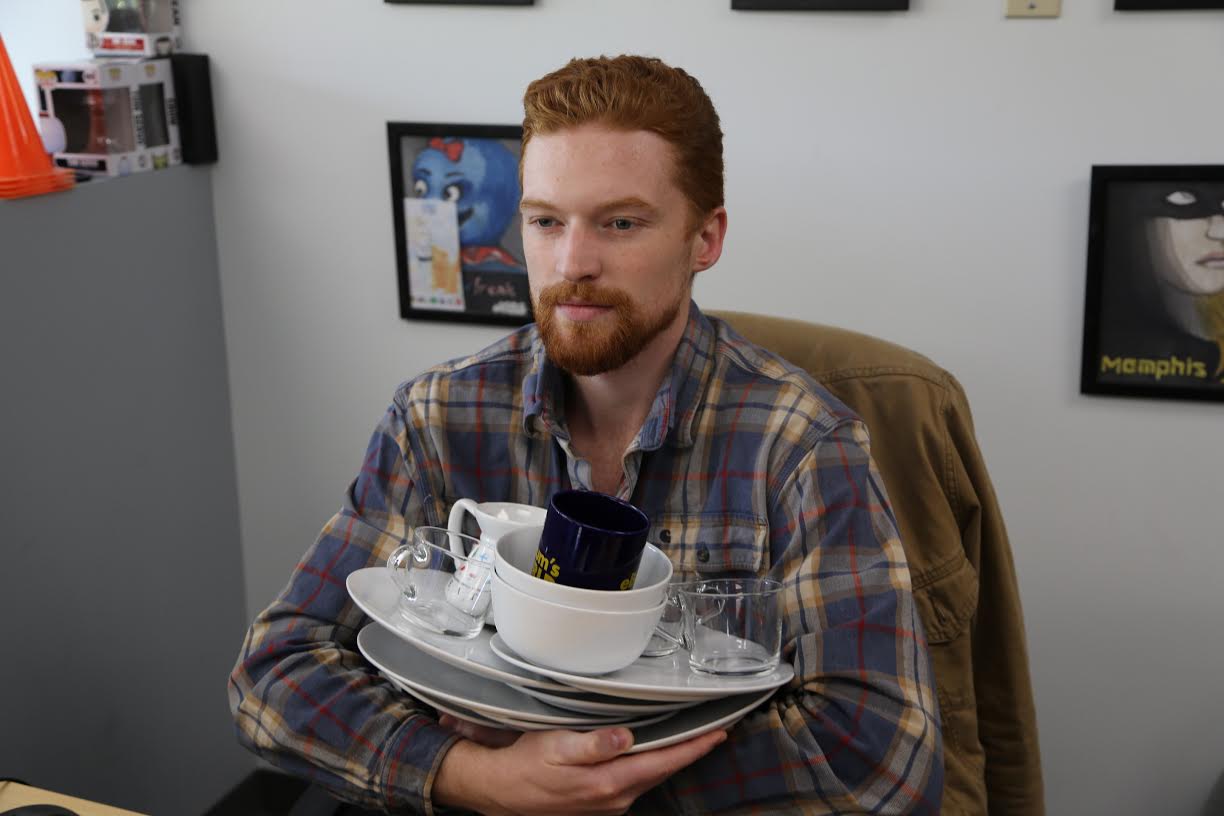 10. Kidnap the office dishes for ransom

You fancied yourself a reasonable enough individual who was even given over to fits of being an agreeable, pleasant coworker. You tried to keep the peace in your own way, through setting out on a mission to uncover the identity of the dirty dish-creating fiend. But the time for rational, calculated action has passed. The era of office supplied dishes has come to an end. It’s time to take a stand and remove those dishes from the office. They’ve lost the right, you’ll say to yourself. They MADE you do this. You didn’t have a choice. When your co-workers start to notice the office will descend into madness and chaos will rule the land. That is until you take the leap of faith, let your co-workers know what you did, and hit ‘em with your ransom: the office dishes and order once again, for the identity of the office slob. They’ll have no choice but to break and give up the guilty party. For the sake of humanity, you’ve got to hope. We live in a society, after all.

You know what’s even better than any of these? NOT HAVING TO WORRY ABOUT THE DISHES! At WeWork they have janitorial services INCLUDING a dishwasher! You never had to send ransom notes to your coworkers again!

We’re happy to tell you that if you want to try a WeWork with up to a 20% discount, we have an offer for you! Free yourself from the Mystery of the Dirty Dish, and at a discounted rate, by simply clicking here: https://we.co/ebaum 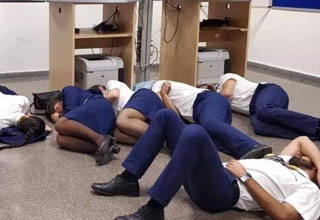