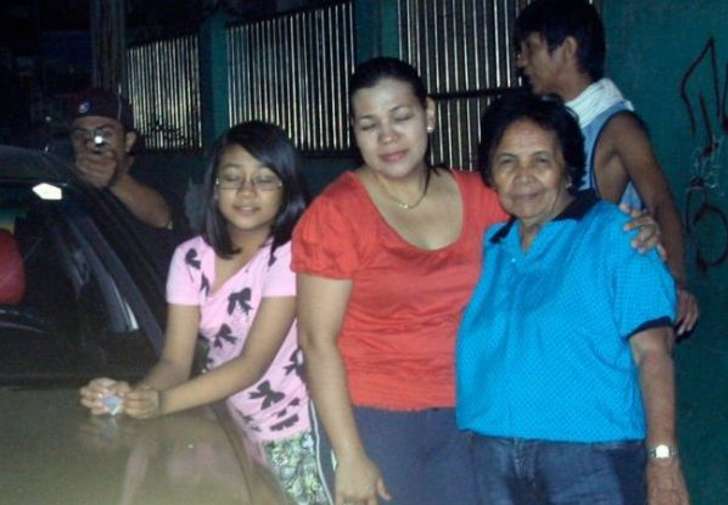 A Philippine councilor,  Reynaldo Dasga was celebrating New Year's Eve with his family and loved ones.  While gathering together for a photograph to commemorate the occasion, his assassin stepped into the frame of that picture, a split second before firing the bullet that would end Dasga's life.

The politician was partly responsible for the shooter getting arrested for auto theft.   His accomplice can also be seen in the top right of the photo, just behind Dasga's wife, daughter and mother-in-law.

While on a trip to Sudan in 1993, photographer Kevin Carter was preparing to photograph a starving toddler trying to reach a feeding center when a hooded vulture landed nearby. Carter reported taking the picture, because it was his "job title", and living. He was told not to touch the children for fear of transmitting disease.

The photograph was sold to the New York Times, and was carried in many other newspapers around the world. Hundreds of people contacted the newspaper to ask the fate of the girl. The paper reported that it was unknown whether she had managed to reach the feeding center. In April 1994, the photograph won the Pulitzer Prize for Feature Photography.  Kevin Carter committed suicide three months after winning the Pulitzer Prize. 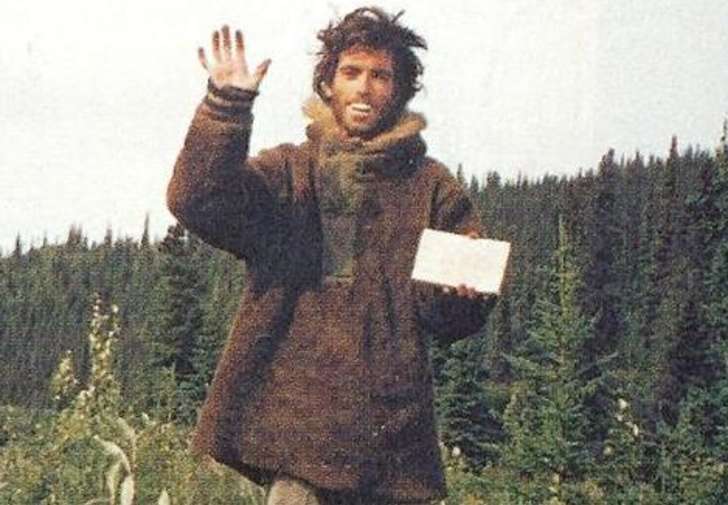 This picture is Chris McCandless' final self taken photo after venturing into the Alaskan wilderness.  Soon after this photo was taken he was found dead in an abandoned camper, starved to death and a skeletal appearance and crazed grin on his face. 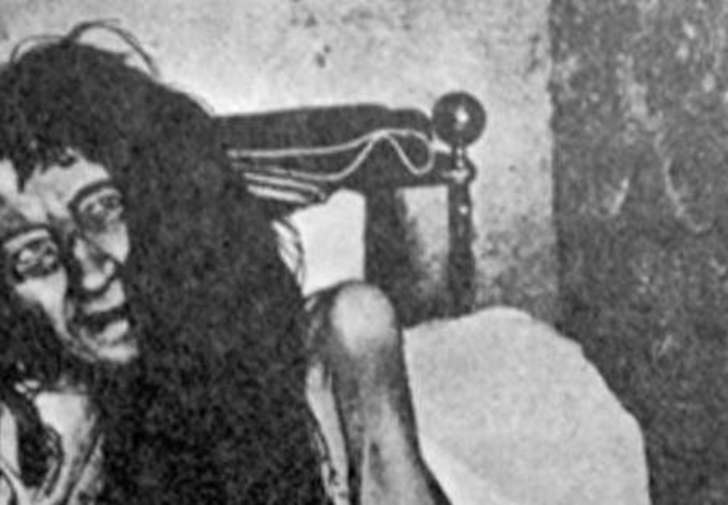 Blanche Monnier,  was a French woman who was kept hostage for 24 years, locked in a covered room where she was forced to live in her own waste. She was rescued in 1901, after the police received a letter detailing how a lady was being held hostage in France.

They went to the home and discovered an anorexic Blanche Monnier lying in a pool of excrement and trash on a couch in an upstairs room. The 55-pound, 49-year old Blanche was hiding under the sheets, terrified. She had not seen sunlight in 24 years. 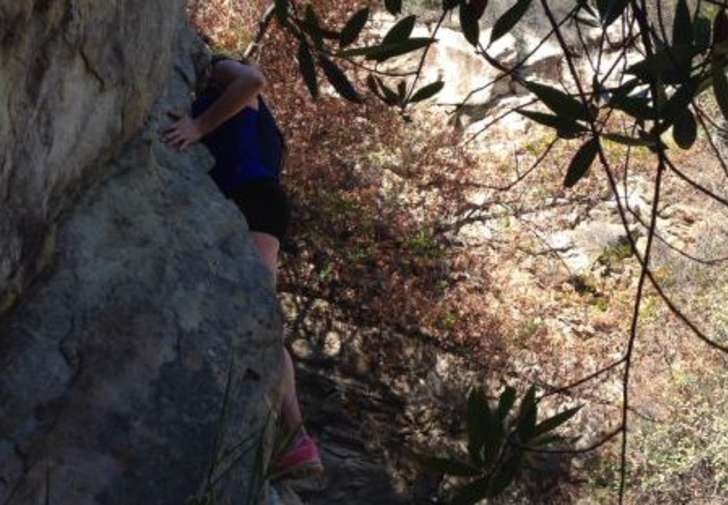 Two 22-year old friends, Saylor Guilliams and Brenden Vega, went hiking together in March  in Santa Barbara, California.  The path they took wasn't very well-lit and the two had fallen and injured themselves repeatedly. When hours of cries for help proved unsuccessful, Vega left his friend to go and seek assistance.

Along the way the Vega stumbled off a rocky cliff and fell to his death. The next day another set of hikers were in the area taking photos of their adventure. Unbeknownst to them, Guilliams can be seen in the background of the pictures (she has red curly hair), laying face down in the mud, unable to move with a broken arm, two broken ankles and several other compound fractures. 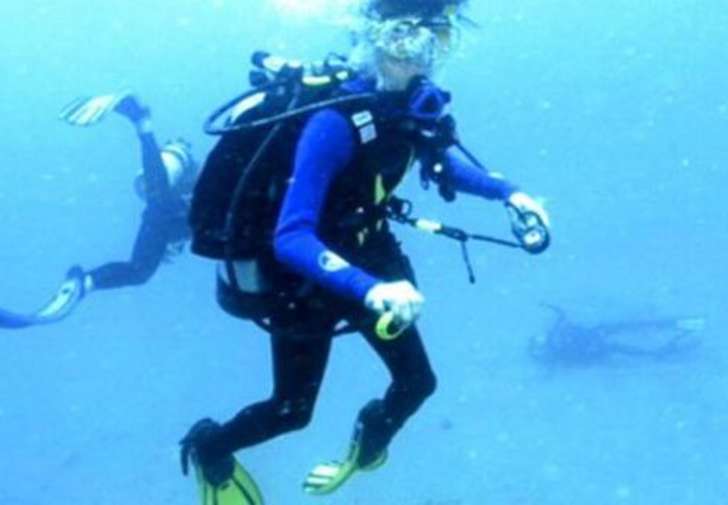 The photo was taken by Gary Stemper, of his wife swimming in the foreground. The other two divers pictured are Tina Watson and a rescue diver. Tina and her husband Gabe chose Australia for their honeymoon to do some diving at the Great Barrier Reef.  The husband's story is that strong currents pulled her under, and upon swimming to her after her distress signal Tina knocked his mask loose.  By the time he recovered she was sinking too quickly.

He surfaced for help, and later claimed that an ear issue prevented him from diving deeper to retrieve her and that he hadn't been properly trained for a situation like that.  Conflicting statements by Watson led to an investigation, and Queensland prosecutors suggested that he turned off his wife's air regulator and bear-hugged her until she lost consciousness, then turned it back on and resurfaced. 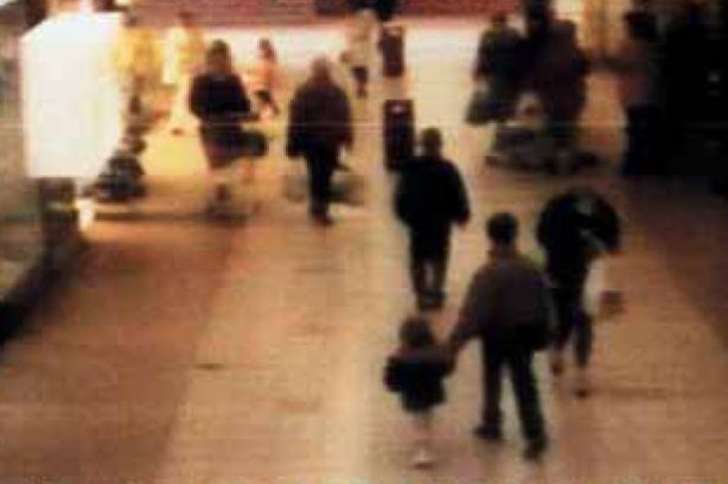 The toddler in the photo is James Bulger. He is being led away from his mother by one of the two 10-year-old boys who abducted and would later murder him. At the trial it was established that at this location, one of the boys threw blue Humbrol modelling paint, which they had shoplifted earlier, into Bulger's left eye.

They kicked and stomped on him, and threw bricks and stones at him.  Dr. Alan Williams, the case's pathologist, stated that Bulger suffered so many injuries that none could be isolated as the fatal blow. 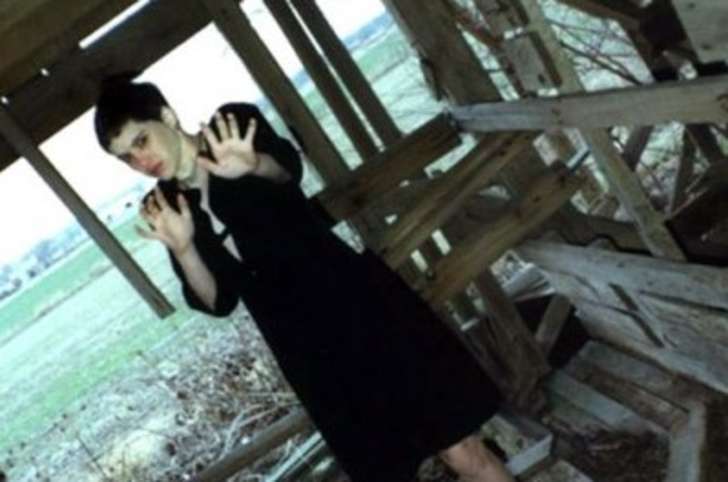 This is a picture of Regina Kay Walters taken by serial killer Robert Ben Rhoades, who was later discovered to be driving around the country in his 18 wheeler with a torture chamber in the back. 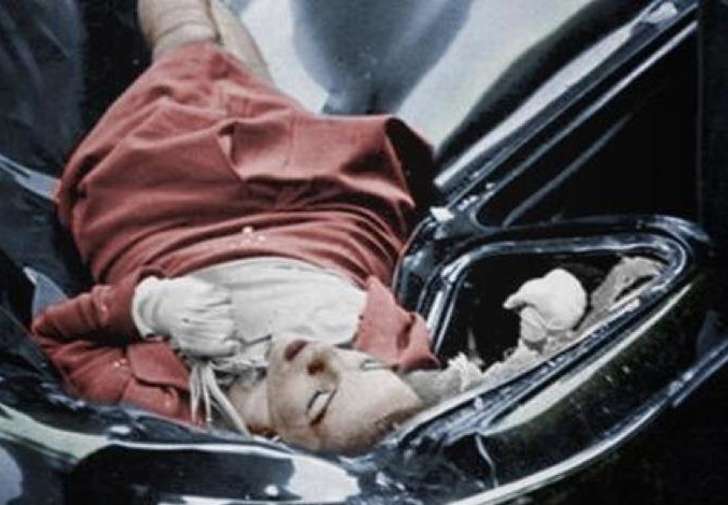 On May Day, after leaving her fiancé, 23-year-old Evelyn wrote a note. "He is much better off without me I wouldn't make a good wife for anybody." She then went to the observation platform of the Empire State Building and jumped.

In her desperate determination, she leaped clear of the setbacks and hit a United Nations limousine parked at the curb. Across the street, photography student Robert Wiles heard an explosive crash. Just four minutes after Evelyn McHale's death, Wiles took this picture. 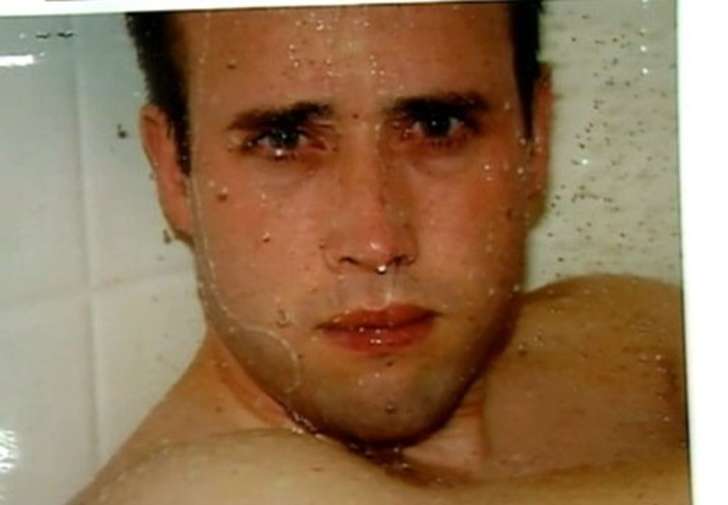 This is the last photo of Travis Alexander taken moments before Jodi Arias murdered him. She came over and they fooled around and eventually got in the shower where she took photos of him.

On June 9, 2008, Alexander's body was discovered by his friends in the shower at his home in Mesa, Arizona. He sustained 27 to 29 stab wounds,his throat was slit and he suffered a fatal gunshot wound to the head. 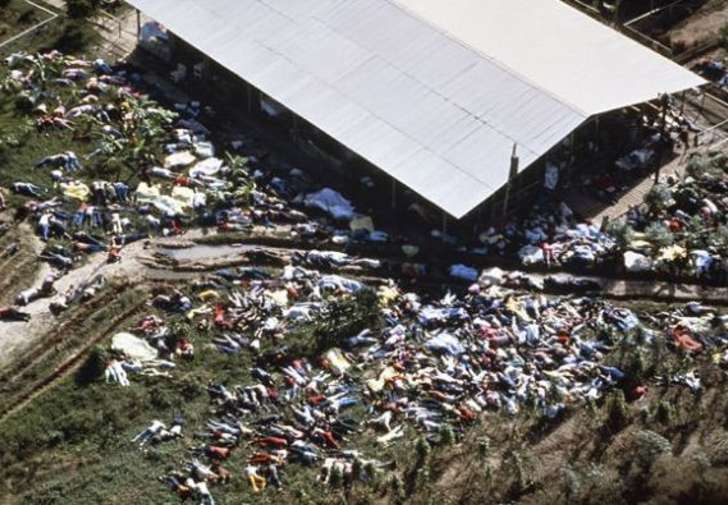 A religious cult led by the charismatic leader Jim Jones, had an astonishing 918 people take their own lives. It's the largest mass suicide in.  Prior to September 11th, 2001, the act was the single largest loss of American life from a deliberate act, and some witnesses have characterized the event as a mass murder more so than a suicide. 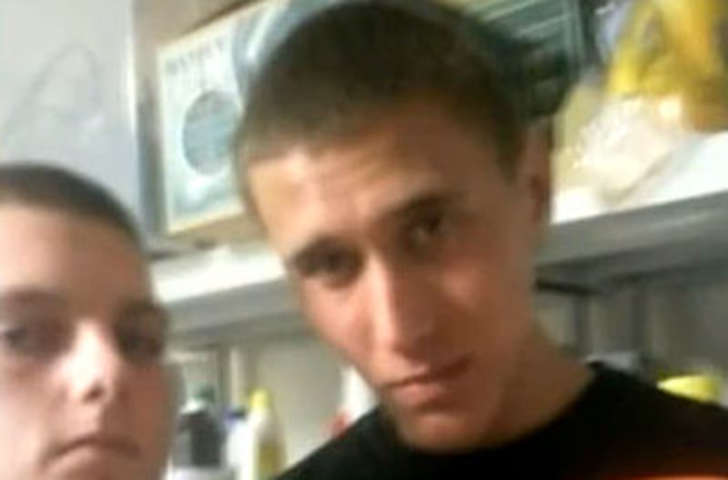 At 1:30 on Saturday afternoon, the 17-year-old high school drop-out posted posted on his Facebook page  there would be a party at his house that night.  He decided the festivities would be more fun if his parents weren't around.

Later that afternoon, Tyler attacked his parents with a framing hammer, beating Blake and Mary Jo Hadley until they were dead. He put their bodies into a bedroom, used books, files and towels to cover them and locked the door. Between 40 and 60 people showed up for the party that night. 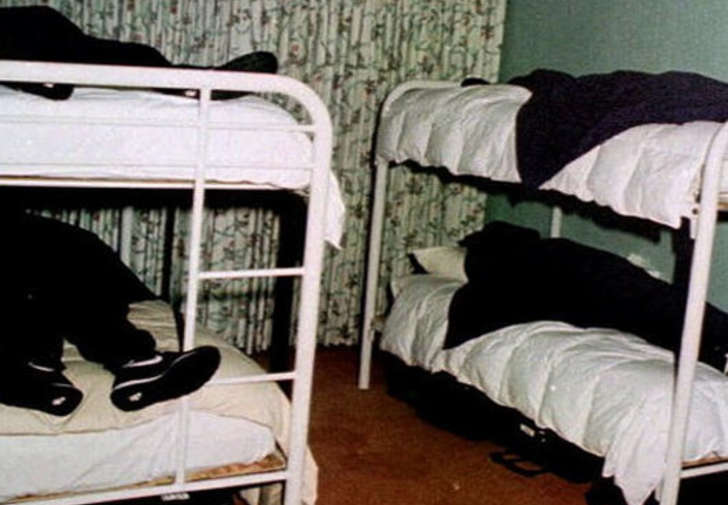 March 26, 1997, the grizzly discovery that 39 members of the Heaven's Gate cult had committed a mass suicide, believing their souls would be transported to a spaceship following the Hale-Bopp comet.  They were all wearing the same thing, including a specific model of Nike athletic shoes.

The group was led by a man who called himself 'Do' and believed he was a descendant of Jesus Christ.  The founder of the cult, Marshall Applewhite, told his followers that the world was due to be 'wiped clean' by the alien founders and that they needed to leave the earth. 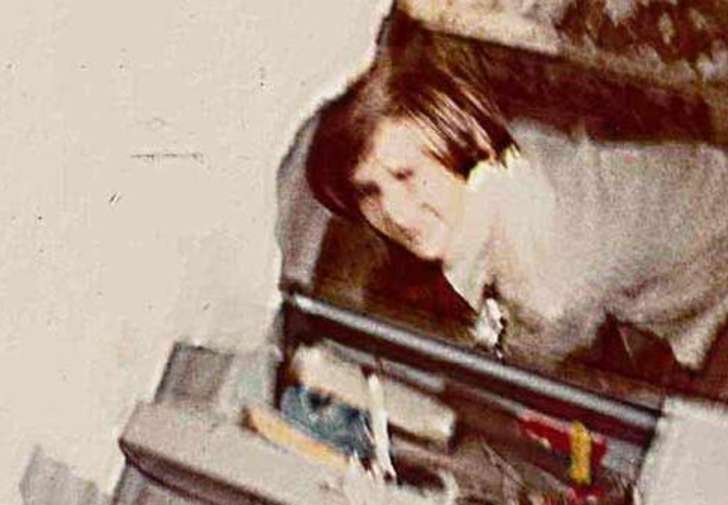 Dean Coril, infamously known as The Candy Man, is one of the most prolific serial killers in America history.  Along with his two accomplices David Brooks and Elmer Henley, Coril raped, tortured and murdered a minimum of 28 boys between the years of 1970 - 1973.

Coril was shot dead by Henley who is currently serving a 600-year sentence in prison for his role in the murders.  In 2012 a filmmaker was granted permission to review his personal belongings, which had been dumped in an old school bus.

Among them he found a Polaroid of a handcuffed young boy, lying on the floor, Coril's toolbox of torture implements in the foreground. This image is made even more chilling by the fact that no one knows who the child is, and it may mean there are more victims of that the police were unaware of. 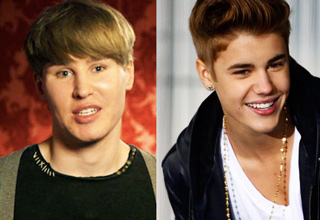