After Mark Hogancamp was assaulted outside a bar in April of 2000, his memory was completely erased. Learning to build new memories, and recover some of the one's he lost, he invents 'Marwencol', a Belgian town in WW2 which he populates with dolls representing his friends and family. Hogancamp's breathtaking photos of his figures earned him a gallery in one of NYC top neighborhoods. But can he deal with the fame and pressure?

2. King of Kong: A Fistful of Quarters

In 1985, Billy Mitchell played the best game of Donkey Kong in history. His score went unbeaten for 20 years until a mysterious soft-spoken science teacher named Steve Wiebe gave it a shot.  The documentary covers the competition and craziness of an egotistical champion and a down on his luck guy that needs to win. As the tagline puts it, "What happens when a loser who needs to win, faces a winner who refuses to lose."

This documentary was filmed during the making of the film Fitzcarraldo, about a rubber baron (played by Klaus Kinski) that tries to take a steamship over a mountain to reach the Amazon basin. The insanity is that they actually took the ship over the mountain and this documentary films the madness that almost consumed the cast and crew.

Possibly the best documentary about New Orleans, a city that's unlike any other. Shot in 1977, the film catalogs St. Patrick's day, the proper way to cook Crawfish, a Mardi Gras Indians tribe, and a traditional jazz funeral.

5. Dear Zachary: A Letter to a Son About His Father

One of the most heartbreaking documentaries you're likely to see. Deary Zachary is about Andrew Bagby who was murdered by his girlfriend Shirley Jane Turner in November 2001. Turner returns to her homeland of Canada when she finds out she's a suspect, only to inform Andrew's friends and family that she's pregnant with Andrew's child. What unfolds is the intense relationship of a heartbroken grandmother and grandfather as they are forces to form a relationship with the woman who killed their only son.

We are in the height of election season right now and no other film does better at capturing the stress and joy of a political campaign quite like The War Room. Captured during Bill Clinton's 1992 Presidental election campaign, the film follows political consultants James "The Ragin' Cajun" Carville and George Stephanopoulos as they try to destroy the opponents and curb scandals during the race.

In the 1970s cult film director, Alejandro Jodorowsky attempted to make and epic film of the science-fiction master novel DUNE. Having spent 2 million of the 9.5 million dollar budget in pre-production, Jodorowsky's film was doomed. Even if the movie were to be filmed it would be fourteen hours long. The documentary follows all of his ideas, concepts and designs which has been the inspiration for such films as Bladerunner and The Matrix.

The Friedmans were the all-American family until a scandal in the 1980s rocked the foundations of the family and their community. Arnold and Jesse Friedman (father and son) are accused of child molestation and the families undoing is captured on hours of home movies by one of the sons.

This film makes you believe in the American dream, if you work hard you can accomplish anything; well kind of. Trying to make a horror movie named Coven (pronounced Coe-vin), independent director  Mark Borchardt enlist a group of his burnout friends and fed-up parents to help in creating the best horror film of all time. Shot in 1996-1997, this is about as 90s-core as it gets.

Edith Ewing Bouvier Beale and her daughter Edith Bouvier Beale were the aunt and first cousin of US First Lady Jacqueline Kennedy Onassis. However by the mid-70s they lived in a large mansion that was completely run down, although it was located in a very exclusive part of the Hamptons. Showing the decline of a major US family, the film was recognized the United States Congress as being of historic value.

This 1986 documentary is filmed during one evening outside a Judas Priest concert at the  Capital Centre in Maryland. If you enjoyed the movie Dazed and Confused and constantly watch white trash videos on Youtube, this is the documentary for you.

Shot in 1994 in Chicago, this film follows two African-American high school students as they play basketball for their school teams, shooting to make it in the NBA. Although this documentary runs 171 minutes, it won the best documentary at Sundance that year and was a huge hit with audiences and critics alike.

Sukiyabashi Jiro located in the Tokyo subway is the best sushi restaurant in the world. The small restaurant has earned three Michelin-stars and has become a Mecca for foodies. Jiro Ono who runs it is an 85-year-old sushi master who is completely dedicated to his craft. Following Jiro and his son who helps run the shop, the detail to photography and cinematography will overwhelm you with beauty and hunger.

Being hailed by critics as one of the greatest documentaries of all time, The Thin Blue Line was the first crime documentary to re-create scenes from police and courtroom testimonies as well as from witness statements. For those of you that enjoyed documentary series like The Jinx and The Staircase, this is where it all started.

In the 1970s, the Bronx was a caldron of crime and violence for its residents. A group of teens started banning together to defend themselves, forming street gangs for protection. The violence however spread and the gangs needed to figure out what needed to be done to all live in the borough in peace. These gangs were also the original inspiration for the film The Warriors.

Documenting Venice, California in the 70s, this documentary looks at the partying, violent and drug-induced start of skateboarding in America. With interviews from Tony Hawk, Jay Adams, and Tony Alva, amongst many more, this will surely make you want to start riding again.

Philippe Petit's 1974 high-wire walk between the Twin Towers of the New York Trade Center is recreated in this brilliant documentary. It won multiple awards including Best Documentary Feature at The Academy Awards. The spy-like theme of the film and death defying heights will have you gripping your seat until the end.

In 1977, Joyce McKinney was accused of kidnapping and raping Kirk Anderson, a Mormon missionary. The story was a huge tabloid sensation in the United Kingdom and was the fuel for the print wars between Daily Mirror and Daily Express. This is another must see from director Errol Morris.

Possibly the most indie-doc on the list, The Cruise follows  Timothy "Speed" Levitch, a tour guide in New York City. Levitch was known for his speedy and intensely opinionated rants about landmarks in NYC. The film was made by Bennett Miller (Foxcatcher, Capote, Moneyball) and took him 3.5 years to film, acting as the only cameraman.

One of the creepiest documentaries on the list, this true crime piece is about the disappearance of Nicolas Barclay, a pre-teen who is kidnapped in Texas and found three years later in Spain. However Nicholas appears to be different when he is returned to the States, and soon the family starts to questions, is this really their son? 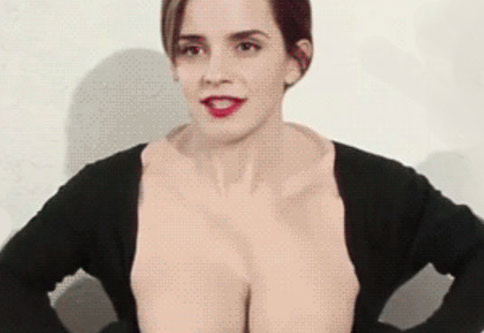 NEXT BLOG 18 Funny .GIFs With An Unexpected Surprise Endings