Top
It appears as though the uneducated have infiltrated the basic means of thought in this country by perpetuating the tradition of maintaining some old and mundane geezer in the White House; these men will result in the downfall of our country and ultimately bolster China's economic and military respective statuses.

Instead of debating whether Ron Paul and his lunatic incoherencies (like how the Fed must be removed in order to renovate the ailing economy or how capitalism is an overall failure [communist alert]) or Mitt Romney is handsome, we should turn our attention to something more radical that will benefit our country.

That is why I would like Oprah to run for president in 2012 - please recollect your thoughts and realize what Oprah has done for this country. Not only is she a beautiful and powerful black woman, she is also intelligent and has been an inspiration for many Africans in her hometown of Johannesburg. Look at the plethora of schools she has solely constructed for her African brethren and see how she can apply such innovative and progressive techniques to our very own country. Oprah can build more schools in Detroit to combat the violence and crime ... Oprah can build more welfare offices in Baltimore to compensate for the financial troubles in that once robust city.

Here are some of the other feats that Oprah can accomplish within a year of her presidency:

- an increase in taxes to support governmental programs and things of that ilk: more welfare offices, more public schools in our troubling cities, and perhaps the construction of a new fast food chain to resolve some famine issues in cities like Compton and New Orleans.

- force illegals to become automatic citizens but do not immediately enforce them to pay taxes. America was founded by immigrants and were given automatic citizenship back in the day ... when Oprah becomes president, she will bless these immigrants with various powers to overcome certain current hardships. No more racism and children will be forced to take classes like "multicultural awareness" in order to bask themselves in the history of African Americans, hispanics, etc.

- pay back reparations to blacks for slavery - Oprah has been quite generous to the white folks in regards to pampering them with cars and whatnot so it is about time for us, as white people, to pay back the blacks for slavery (perhaps incorporate this with the increase in taxes). This will ultimately lessen the tension between blacks and whites and maybe remove racism permanently.

The above are just a few of the many Oprah can accomplish as president - a strong and powerful black woman who isn't afraid to stick her finger in some opposer's face. Don't vote for the mundane old man, vote for the rambunctious and superior black woman. Oprah for 2012. 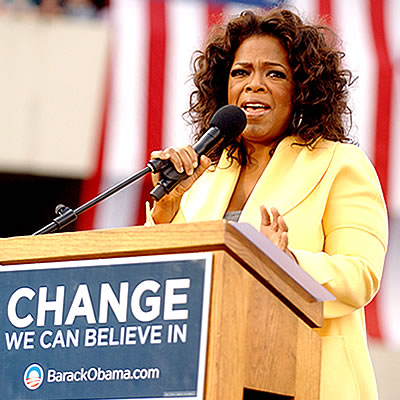 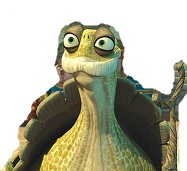 NEXT BLOG Shake On It