Walt Disney Parks and Resorts has issued a recall on its Darth Vader infant bodysuits due to a choking hazard. Apparently, babies that wear the Vader onesie are granted the power of the Force but have not yet developed the ability to handle it, and could choke themselves. No? Ok, actually, it’s just the snaps at the bottom of the onesie can detach and cause a choking hazard. Fortunately, the recall was issued before any babies were harmed. No babies have made a statement, though they’re probably bummed they have to go back to their old SpongeBob crap.

A total of 10,000 Darth Vader onesies have been recalled. The design depicts Darth Vader with a light saber over the words “If you only knew the power of THE DARK SIDE.” They sold for $20, and are now probably sitting in a warehouse somewhere waiting to fetch a fortune on eBay, if you know anything about Star Wars memorabilia collectors.

If you’re choking on the irony inherent in this incident, you can contact Walt Disney Parks and Resorts at 844-722-1444 from 9 a.m. to 5:30 p.m. ET Monday through Friday, or online at www.disneyparks.com through the "Recall Notice" portal. 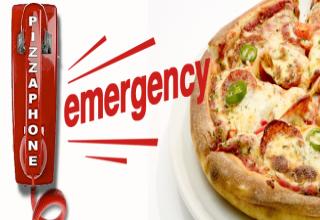