Washington: United States President Donald Trump on Thursday finally conceded defeat in last year’s presidential election, announcing via a statement that there will be an orderly transition of power on January 20.

The statement came soon after a joint session of the US Congress certified Democrat Joe Biden’s victory in the US Presidential Election held in November last year. Biden is set to take over as US president on January 20.

““Even though I totally disagree with the outcome of the election, and the facts bear me out, nevertheless there will be an orderly transition on January 20th. I have always said we would continue our fight to ensure that only legal votes were counted...," Trump said.

The outdoing president described his rule as ‘the greatest first term in presidential history’.

“While this represents the end of the greatest first term in presidential history, it’s only the beginning of our fight to Make America Great Again,” he stated.

The development came on a day when unprecedented scenes were witnessed at the US Capitol, where the Congress is located. Pro-Trump supporters stormed the Capitol building triggering violence and clashes with security personnel.

During the siege at the Capitol, lawmakers were shifted to safe places, shots were fired inside the Congress and tear gas was used.

Four persons were killed in the rioting that took place over at least four hours. Later, it was reported that at least 52 people were arrested for the security breach and violence at the Capitol.

The incident had disrupted a joint session of the US Congress which was being held to certify the electoral victory of Joe Biden as the next US president and Kamala Harris as the vice president in the November 3 election.

The Congress convened again after the Capitol building was secured and formal certification followed, bringing an end Trump’s four-year rule and the tumultuous transition.

Former US president Barack Obama called today’s incident as a moment of great dishonour and shame for the United States. 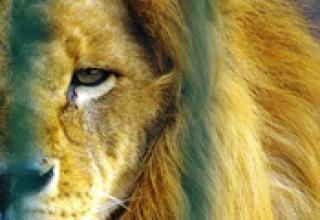 NEXT BLOG Nothing really