This place… the memories….the love, the fire, the rebirth, the exodus….and yet the shell remains.

Familiar faces float in and out, out of curiosity or the need for nostalgia, it is impossible to speak for everyone, but for me, this is still an old haunt.

Knowing most of nobody really wants to hear from me to begin with…I’m just going to word vomit on things.

The other day I was scream singing the theme song to Kung Fury while driving through downtown on my way to work when I realized that if my teenage self were ever presented with the information that I would fall in love with a David Hasselhoff song…my immediate reaction would be to walk through the seven stages of grief.

Immediate Denial at the thought….pain at the knowledge that my childhood will eventually die, anger at myself for letting it happen, but then, reflection on how fucking awesome knight rider was, and how much I secretly loved Baywatch…..before finally making it to that upward turn towards acceptance….

Then of course it would be immediate curiosity to what song would have caught my attention…only to be told that I would have to wait almost a decade or so to find out….and the 7 stages begin anew.

With age comes wisdom, but I’ve found its mostly wisdom about knowing that nobody really knows what they are doing, and everybody is just faking it until they make it, but half the time, never really know when they have made it…..which is a relief, because for a time, I always thought it was just me, but as it so happens….everybody is just trying to figure things out on their own, to their own, about their own, and for their own., karmic bonus points for those who give a damn about anybody else, which takes effort that not nearly as many are inclined to give, regardless of situation or standing.

The functions of my career and hobbies have pushed me further than I have expected to go, and yet I know I have so much further to go, with business to complete, and loose ends to find ways to get tied off, while constantly juggling the needs, concerns, wants, wishes, and consistent pulling in all directions from an ever expanding social circle which brings both comfort and despair in knowing that keeping up and maintaining any friendships will always come with the giving up on maintaining most of those friendships for the sake of your own sanity and mental health….which is a tough pill to swallow sometimes, and a small part of the many things on the spectrum of ways that life can be a bit throat punchy.

I don’t claim to be an expert on the ways and dealings of humanity, nor am I an expert on just about any subject, but I am a purveyor of knowledge(mostly useless), and walked many dark and secluded corners of the sub surface internet. I am no harbinger, no scavenger, merely an observer to the happenings in the unseen, and all things spoken by myself should rightly be taken with upmost skepticism

I have carried many titles, pseudonyms, trusts, and even a secondary life that never existed, whose purpose and existence were never fulfilled to any where close to the extent that they could have been utilized, yet, to those who came in contact with those portions of myself, may only know myself simply as just one of those, yet from my perspective, it is just a spread of influence.

This nonsense means nothing and also everything at once, ramblings of an old fool, who is too foolish enough to stay away for too long from any one thing and drifting about and watching from every shadow I am able to find…and the shadows are plentiful, but eventually they wont be, and nothing will be held secret in shadow, and nobody knows when that day will arrive, but be sure that day will come, and things will change. In what way? there is no way to be sure, but there will be drastic changes across everything we know, when that day arrives.

Until that day however, the goal remains to watch, and relay, and share a story or rambling incoherence with anybody who may happen across my path and who may be willing to listen for a spell.

For now, I have spent far too much time speaking of nothing and everything but mostly nothing, and I hope that all of you enjoyed.No skin off my back if you didn’t, just something you have to figure out on your own.

Until next time, this has been a moment from Godliberator 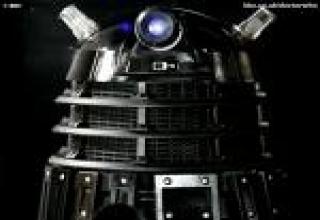