Hey there douche bags, today I'd like to talk about faith and fate.

Now myself being both an atheist and a cynic, I am also an existentialist by nature of course.

Though, and this brings us more into things, I find myself very drawn to the whole destiny concept a lot.

Maybe it's the poet in me, but I find something very comforting about life/God having a plan for me. It really brings comfort to me when I find myself walking around in circles wondering if I'm just going to die unhappy and completely spent.

The problem is, is that I really don't believe in that, as I have stated earlier.

Also, there is a lot of problems with pre-determinism, like issues of free will. If life is planned for you, then what are your accomplishments other than just retracing footsteps? If you're not in control of your destiny, why must you try anymore?

Now I'm not a DIY guy, who struggles his way through life, but I do take pride in my accomplishments. I don't, and didn't when I was a still a believer, give credit for all of my achievments to God or any other deity.

Kind of borrowing from Karl Marx's theory on how we give all of our best qualities to a God, leaving us with only the bad qualities; Athletes, musicians, or anyone who wins something, and then gives ALL of the credit to God instead of taking pride in their hard work (because pride is a sin, give all the credit to God, he needs it).

Some say that existentialism is depressing. The fact that life is an accident is not comforting and therefore I will have none of this crap. Hey, you know what they say about ignorance, and that's fine, it is kind of depressing, when looked at in that light, but there is beauty in all of it.

Though life on planets is not that special, on a large scope (by now it's pretty childish to think we are alone in the universe) but the fact that we are the only planet in this solar system with life, as far as we know, making us 1 of 9 which is quite fortunate.

Not to mention the amount of sperm that were with you during conception. Out of the million sperm that came of your dad's penis, you were the one that made it!

Not to also mention that sperm die even when not ejacualted in a short while, so the odds of YOU making it into this world were rather unlikely, but here you are.

Don't worry, you're not special because everyone else in the world was a winning sperm too, but that doesn't mean you aren't lucky.

Unless of course you hate life and want to kill yourself, sorry about the misfortune. 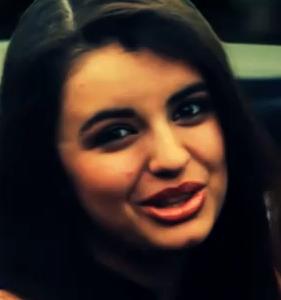 NEXT BLOG How to write a blog