Look, I don’t have a problem with advertising free sex. You live your life with your legs wide open, I’ll live mine in a cardboard box outside of Starbucks hoarding that sweet, sweet wifi. But if you’re going to advertise, don’t lie – don’t call it beef if it’s really just sandy mystery meat (lookin’ at you Taco Bell), and don’t say you’re down for a blind date if you’re just looking for an excuse to be a bitch.

Yet one blogger had to learn this the hard way, as 19-year-old “Qianjin Yeye” wound up in jail after advertising for free sex out of her hotel room…and then backing out on it. Technically she was in trouble for prostitution and not false advertising, but I’m more offended at the fact she didn’t follow through. What was the fucking point? Attention? Fame? Or maybe she just wanted to show off her new bikini and, being 19, went about it the same way you’d go about something if you’d spent the past month snorting glue and practicing auto-lobotomies.

According to an official Haitang District police statement, Qianjin posted “Somebody come get me…sex…for free…6316” to China’s microblogging platform Sina Weibo. This probably wouldn’t have been that big of a deal, except a slew of people began calling the front desk to ask about the guest in room 6316, as well as show up unannounced to the hotel – 3,000 people, to be exact (though that number is not confirmed.)

As for her “punishment,” if you can even call it that – an $80 fine and 15 days in jail. Basically, a light slap on the wrists considering how much ad revenue she’s about to pull from all the increased traffic to her blog. Oh, justice – you never fail to fail us. 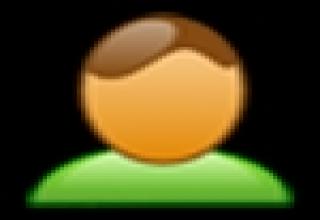