Top
Hi everybody! My name is Andrew and I love you all, LOL. I'm new to the blog section and I would like to express my greatest welcomes from the most affluent and successful country in the world ... no, not Amerikkka but CANADA!

In this blog, I shall list and elaborate on the superiority that radiates from the almighty powerful country that is Canada with fifteen points.

1) Justin Bieber - a talented singer who is super cute and extremely successful.

2) Celine Dion - a beautiful singer who is far from annoying and her work in the movie "Titanic" was absolutely brilliant and epitomized an exemplary performance.

4) Our ECONOMY - did I mention our plastic loonies and Monopoly money? How's the inflation, America? HA HA HA! We don't have inflation because our money has the picture of the English queen on it! YEAH, SUCK IT! AMERICA HAS NEVER BEEN BASKED IN ENGLAND'S ATTENTION, NO SIR!

5) Maple syrup - we produce a copious amount of maple syrup and America doesn't, ha ha! Does America even have TREES? HA HA HA!

6) We burnt down the White House - that's right, has America ever burnt down anything here in superior Canada? Don't think so!

7) Hockey - we have superior hockey teams and ... we won the Stanley Cup a couple of years ago! The Stanley Cup was actually crafted in Canada and was blessed by a Canadian priest. GO MAPLE LEAFS, 1967 STANLEY CUP CHAMPS!!!!!!!!!

1967 - yeah baby! When was the last time America held the cup? LOSERS!

8) Beautiful women - our women are all pasty, humdrum, and cheese addicts ... but that's ideal because our women stay in the kitchen and do not explore the workforce, like the stupid Americans. Stupid female Americans trying to act smart, HA HA HA!

9) Our beer - our beer is so diluted and tastes a lot like piss that it doesn't bother us ... we have adapted to its taste. American beer, on the other hand, is so rich and delicious hence the higher DUI and DWI rates in America compared to Canada, where a DUI/DWI happens once in a blue moon!

10) Our flag - our flag is so colorful and has a lot more stuff on it than America's ... I mean, what does America have? Stars? Stripes? Give me a break! Canada has the maple leaf, which signifies strength, intelligence, and dexterity ... what do the stars even mean? MORONS!

11) The French - we have the most altruistic group of people who willingly share their portion of Canada with the non-French. The French are far from arrogant and they love everybody, regardless of ethnicity or nationality. You have to love that poutine! 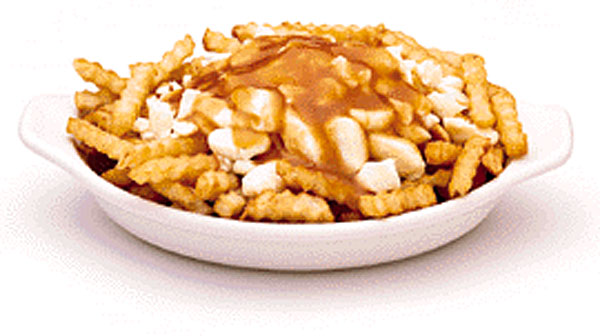 Ah yes, poutine ... full of vitamins, minerals, and has been proven to increase the longevity of one's life. Yummmmmmyyyy!!!!!

12) Gyps - that's right, folks! The most loved and smartest eBaumer on here is indeed from Quebec. Isn't Gyps the best? She is so cuddly and she doesn't fall for overweight and delusional juggalos.

13) Our healthcare - who can blame us? Our healthcare is free! Sure, we pay a lot of taxes but that doesn't matter. It's FREE! We get to walk into our clinics, wait at least four hours to mend a paper cut, and walk out without paying a LOONEY! A LOONEY, FOLKS!!!! LOOOOONNNIEEEEESSS!!!!!!!!!

14) Our education - Canada has a superior educational system as our high school dropout rates are at a solid zero while our graduation rates are at one hundred freakin' percent. That's why every Nobel Peace Prize winner has lived in Canada ... we just don't fail!

15) Marijuana - lastly, I would like to mention the plethora of marijuana that is readily available to us Canadians. In Canada, every street corner has cannabis growing ... go ahead, pluck it. It's FREE, just like our SUPERIOR HEALTHCARE SYSTEM! Unlike America, you can smoke all you want without any penalization. Toke up, boys!


There you have it, you ignorant Americans. Canada is just a dandy country ... maybe instead of spewing insults, come up and witness it yourselves. Canada saved the US from Pearl Harbor ... and Canada is in the process of curing cancer and AIDS. Did you also know that Canada was the location where FIRE WAS DISCOVERED? Go figure! Go Canada! God Bless CANADA! 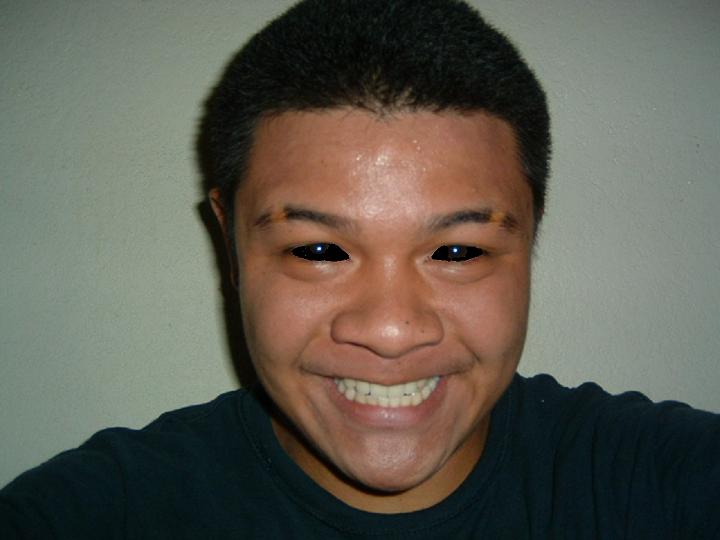 NEXT BLOG When Will The World End