Starting next month, Miley Cyrus is set to do a string of performances with the Flaming Lips in order to promote their new, collaborative album Miley Cyrus and Her Dead Pets, and according to reports, they are going to do at least one of those performances completely nude while spraying milk at an audience. You can read that last sentence again if you want. I’ll wait.

This news prompts probably the most important question we could ask: how did we get here, Miley? And I’m taking it upon myself to ask it because I don’t know if she has parents.

2006: She gets cast as Hannah Montana. This promotional picture depicts her hand on her hip at sassy angle, proving we should have seen this coming. 2008: She poses nude-ishly for Vanity Fair. Classy, yet ominous. 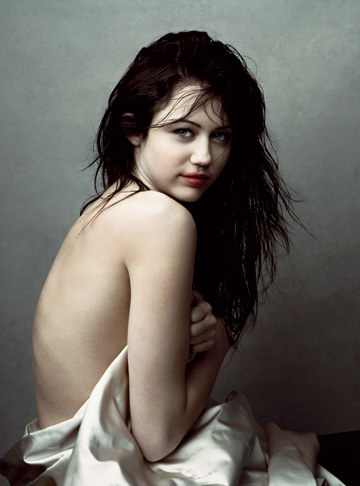 2009: While Hannah Montana gets progressively more racy as years go on, coupled with a series of leaked photos showing Miley Cyrus nude and/or smoking salvia. 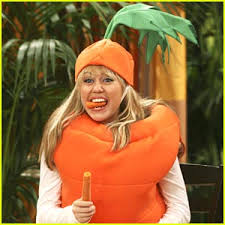 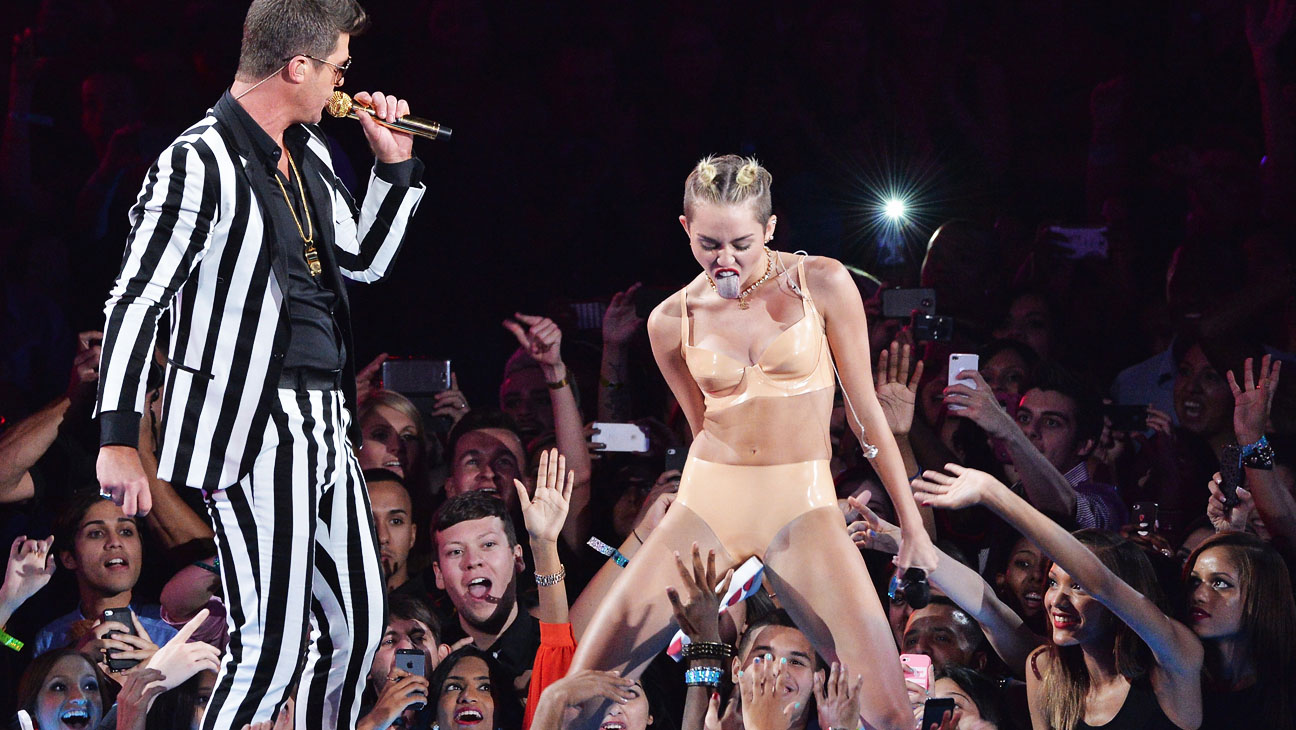 (The vertical stripes lead the eye off the picture where it belongs.)

2014: Miley goes to town releasing many topless photos like this one. Also, she simultaneously draws attention to a severe market shortage of trendy breast tassels. 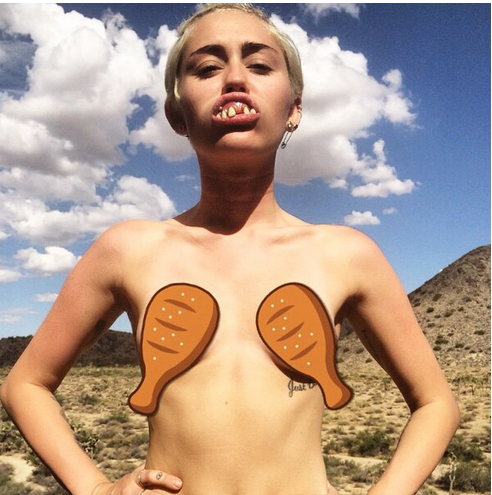 (Answer the following: Is she wearing fake teeth? (A) No; (B) What teeth?)

2015: Miley and the Flaming Lips are gear up for their upcoming tour. 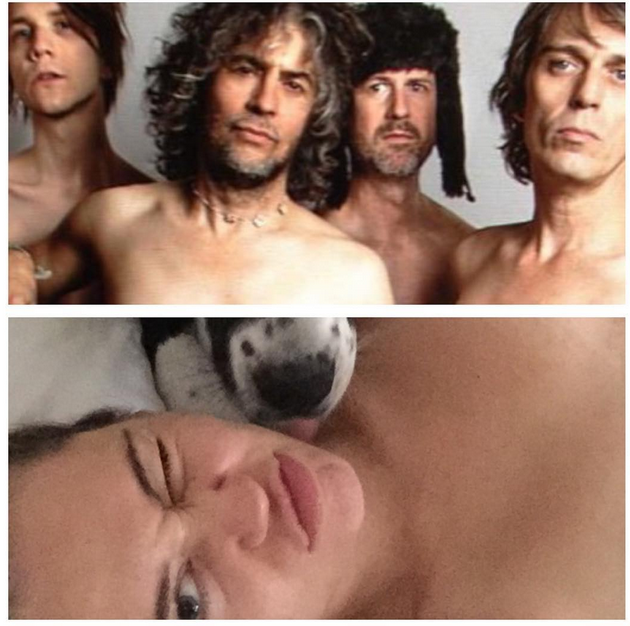 (The most shocking thing is the dog, I think.)

This progression leads one to wonder what, if anything, is left for Miley to do to be shocking in the future, because now the only thing left is for her to be on stage singing while shooting porn. It’s a little sad to think that she has reached a sort of fame nexus point where her shocking-ness has become expected, defeating its purpose. But what’s worse is to think is that maybe it is we who have changed, such that in an effort to surprise even more, Miley must go to lengths that go beyond simply ‘adult’ or ‘pornographic,’ and end up in the realm of clownish.

Godspeed Miley, and God help the rest of us. 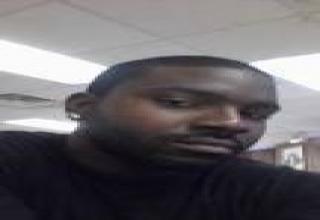 NEXT BLOG GUN CONTROL FOR DUMMIES