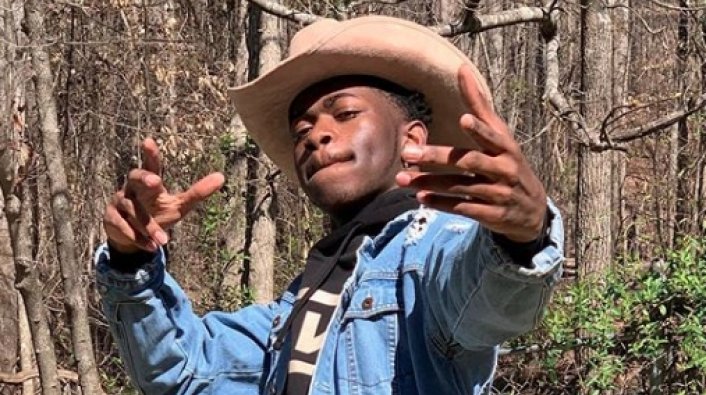 Billboard stated to Rolling Stone Magazine that, "Upon further review, it was determined that “Old Town Road” by Lil Nas X does not currently merit inclusion on Billboard‘s country charts. When determining genres, a few factors are examined, but first and foremost is musical composition. While “Old Town Road” incorporates references to country and cowboy imagery, it does not embrace enough elements of today’s country music to chart in its current version."

Billboard has also gone on record, saying that this decision to take the song off of the country chart had absolutely nothing to do with the race of the artist. Some Twitter users have a different opinion. 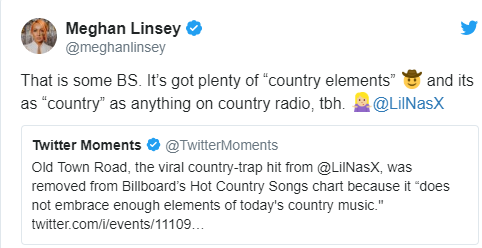 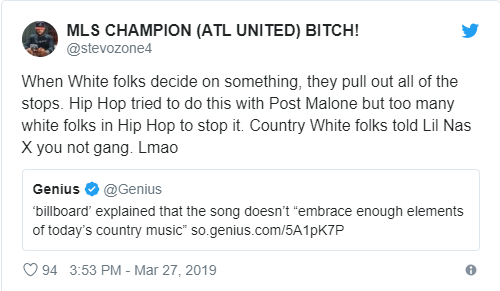 The song was widely popular on Tik Tok and a "Yee Yee" Challenge was issued where users would portray themselves being fooled into drinking a "country persona" when consumed.

I for one was confused as to the actual lyrics at first. here they are for anyone else that's curious. 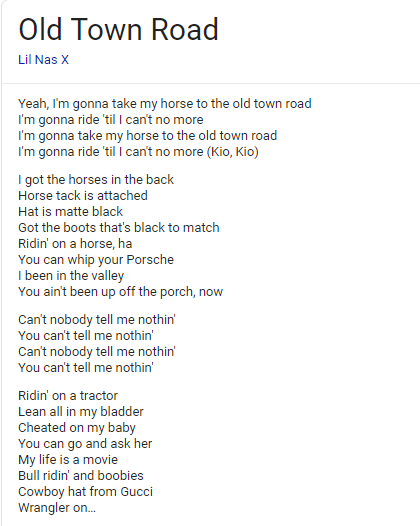 So is this song "country" enough in your opinion, or does the genre require more authenticity to be real country? 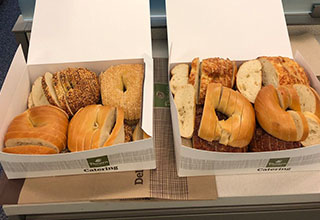 NEXT BLOG St. Louis Style Food is Gross and Hilarious