Good news, if it’s been a decade since you’ve been able to find a reason to shit on Limp Bizkit.  Last year, before covering Rage Against the Machine’s, “Killing in the Name Of,” Durst explained how much the song inspired him.

For most people such a revelation meant little or nothing.  But what about the members of Rage Against the Machine?  Could you imagine being in some way responsible for “Nookie?”  That’s a reality Tim Commerford--the bassist for Rage Against the Machine--had to confront in a Rolling Stones interview.  “I do apologize for Limp Bizkit,” Commerford says.  “I really do.  I feel really bad that we inspired such bullshit.”

I feel for Commerford.  I’ve never worried about my art affecting someone until now.  Has something I’ve written inspired someone to create something like Frankenstein’s monster, a resurrected Hitler-zombie, or Limp Bizkit?  Probably not.  But the possibility will keep me up at night. 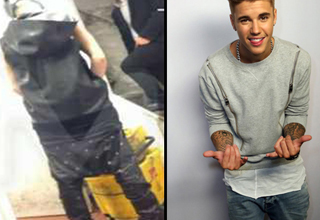