...with a little help from my friends.

I've always had this irrational fear of heights ever since I got stuck up a tree as a wee kid. I just kept on climbing that day until I could no further, had a look around and could nearly see for miles and miles. It was fantastic....until I looked down. Paralysed by fear I had to wait up there for nearly three hours before someone spotted me, phoned the fire brigade and brought the neighbours out to gawk, giggle and point. Ever since that day I've always had an aversion to going anywhere with a high slope and an equally high drop (even going upstairs to the bathroom to drain sqwa junior was gradually becoming a major chore)....that is until my three mates - Paddy, Shamus and Gerry - decided one day that their fellow Irishman should suffer no more.

It was a Saturday and they bundled me into the car with a solemn promise to rid me of my debilitating affliction or die trying (oh cruel irony, you are a humorless shit!). We drove for hours until finally we pulled up at the bottom of a forest trail - a trail which, it suddenly dawned on me, led up and up and up to the edge of a cliff. I started to protest but my friends wouldn't listen. The three of them went to the boot of the car, lifted out a crate each, and told me to trust them and to follow them. Each step felt as though I were wading through quicksand but I was intrigued by the muffled noises and the loud intermittent sqwaks coming from the fellas' crates, so I soldiered on. We finally made it to an open clearing at the top of the cliff. My three companions made it clear to me that the only cure for my fear would be to face it head on...but I wouldn't be alone. They each placed their crate on the ground and told me to walk to the very edge of the cliff, reassuring me that there was nothing to fear and that they would catch up with me very soon.Trusting fool that I am, I began the slow baby-step walk of a condemned man - my heart pounded like epileptic drummer's solo attempt at Phil Collins' 'In the Air Tonight', sweat broke out on my forehead and started to stream down my face in rivulets - at least this meant that my mouth was no longer dry...a small mercy for my trial ahead I believed.Thirty steps remained until my destination when all of a sudden Paddy sped past me clasping a budgie above his head. In slow motion I watched as Paddy ran to the edge of the cliff, jump off and then disappear as he fell to his death. Stunned, I shambled forward closer to the edge....

Twenty steps remained when Shamus brushed past with a shotgun in his right hand, a parrot in his left. He, like Paddy before him, ran to the edge of the cliff and he too jumped. Time seemed to stand still as I watched him aim the shotgun at the parrot, pull the trigger, grimace as the parrot and his hand exploded in a mess of bone and feather, then suddenly time caught up and Paddy disappeared over the edge. Dumbstruck, I managed to force my legs to move to on.....

With only ten steps to go until I reached the edge of the cliff, I was knocked to the ground by Gerry as he bundled past. Looking up from my prone position I wondered why Gerry had three hens clasped in each of his shovel-like hands as he made a mad run for the lip of the cliff, tripped just at the last minute and barrel-rolled over the edge to the waiting abyss below.I slowly regained my senses and shuffled to the edge of the cliff. I stood there looking down at the tragedy that had unfolded before my very eyes. it was a huge drop but I could make out the bloody messy mixture of my friends and their assorted birds at the bottom.

I looked down, then looked up into the heavens and asked 'Why?'..I looked down again....then finally realised that I was looking down, that I finally could look down, that looking down no longer filled me with it's previous promise of head-spinning, stomach-churning sickness.......I was cured!I make the same trip up to the edge of the cliff on the same day every year to thank my friends for what they did for me that day. I really do miss you guise. 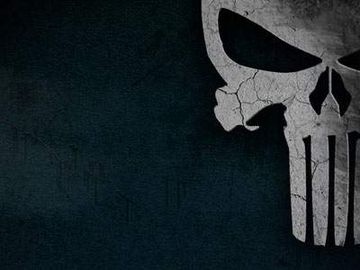