There are many great super powers to consider, like invisibility or flight or multiple orgasms, but one ability would be able to combine several great powers, but with great power comes great...corruption, or something along those lines. Anyway, I think the best ability to have would be Gravity Manipulation, and here's why:

1. Of course you could fly by manipulating gravity, but that's just the start! Nullifying gravity would be great fun, and great relaxation. Why not browse EbaumsWorld sitting on the ceiling, or have sex sans gravity?! Why, even just jerking off would be at a whole 'nother level!

2. Stop bullets, and even send them back at the shooters! But why would you need to when you can just change the gravity of the bad guys in the first place, like making them fall up a thousand feet then letting them come back down on their own?

3. Damn dress/skirt getting in the way of seeing that hot girl's ass? Make that mutha fall up!

4. Magic tricks! When you're done fighting evil doers and just want to relax by entertaining kids, Gravity Manipulation provides endless possibilities to amaze and confound, and you could probably do it as a source of income!

5. Speaking of income; imagine what kinds of jobs could benefit from such a power, like roofing! Get good enough at precise Gravity Manipulation, and you'll cut down your work load by just tossing a stack of roof tiles in the air and willing them to go exactly where they need to so all you have to do is hit 'em with the nail gun. You could probably bust out four roofs in the time it normally takes to do one! Cha-ching!

6. Build a flying saucer and zip around in it, messing with people!

7. Invisibility cloak! Light is affected by gravity, and if you can get good enough, you can affect that light to go around you, thus making you invisible! 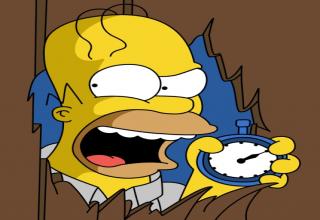 NEXT BLOG What My Super Power Would Be