Alright, here we go. All you people who have dealt with me and my smartass comments only to find I've never submitted any content myself, here's your chance to shoot back. I want to bitch about one of my biggest pet peeves, and that is: "Supporting the Troops."

Specifically, the hypocrites who fling those three words around as if it's supposed to elevate their social status and make them a better person, only to turn around and call for our leaders to bring us home. Yeah, you heard me. All this bitching about our poor servicemen dying in Iraq is driving me up the wall.

First of all, I'm a Marine, just to get that out of the way so you know where I'm coming from. I've served three tours in Iraq altogether totaling about two and a half years over there. Soon I'll go back for my fourth, and I expect it will be another 8 months to a year. The Army has it worse, most of them go 15 months at a time and their tours add up much quicker than ours, yet many of the soldiers I know still share our conviction.

The vast majority of us are devoted to our mission, and to us anything less than absolute victory is unacceptable. We don't WANT to come home, not when it means leaving Iraq the way it is now. Who the hell do you people think you are, crying for us to come home and acting like we share your sentiments and we're on the same side?

We knew what we were getting ourselves into when we signed the contract. We knew it would be this way. You act as if we're helpless kids who've gotten ourselves in over our heads because we were too naive to realize what we were doing when we joined. Please. You insult us by treating us this way and acting as though we need you to come and save us.

If you really want to "support the troops" there are two ways to do it. The first is going to your nearest recruiting station and signing up. The second is to make out a check to the U.S. Treasury and write "for the war effort" on the comment line. But if you think you can support us yet not support the mission we're fighting for, you're the naive one. You cannot. To support us IS to support our mission. We are determined to accomplish our objective, and for you to condemn it is quite the opposite of supporting us.

And for those of you who use the names of my fallen brothers as fucking poster-children against the war, you cannot possibly comprehend the dishonor you do to them. You know who you are. One worthless piece of shit made it into a t-shirt, and for that I pray not that he goes to hell, but to heaven, to the same place where all my brothers whose names he used to smear the very mission they bravely gave their lives for are waiting for him. Hell is nothing compared to what they will do to repay him for that incomprehensible disgrace.

SO, in closing, if you want to support us then do it. I assure you it will require more of you than simply saying "I support the troops" and slapping a yellow ribbon magnet on your gasoline-sucking SUV. Otherwise, spare us your hypocrisy. We're not here for you to put us on a pedestal so you can feel good about yourselves, we're here to protect you, in this case FROM yourselves.

UPDATE: Sweet Jesus, my blog got featured. There are now officially WAY too many comments for me to respond to, however I'm all about discussing my opinions with anyone who wants to do so. SO, if you truly want to discuss or debate my views with me, PM me. I'll answer every last one of you.

To those of you inquiring about my avatar, no, I didn't draw it. It's a facial cut-out of a werewolf image sent to me by a friend who shares my interest in lycanthropes. I suspect the original may have been drawn by Christy Goldjean (www.goldenwolfen.com) since it's very similar to her style, with the exception that all her works are in color (that I've seen). If you like werewolves, have a look at her website. IMO it's some of the finest lycanthropic artwork out there, and I intend to commission her when she becomes available to draw some characters from a book I'm trying to write when I have spare time.

UPDATE #2: The spare me from continually repeating this only to have it lost in the comments again and again, let me clarify my argument: I have no issue with those who disagree with our mission, yet love and respect us as the defenders of our nation. I take issue specifically with those who speak as though we agree with them, who make it seem like WE don't want to be there, and WE want to stop fighting and come home, which is precisely the opposite of what many of us want. They do and say these things supposedly in our name - "supporting" us - yet they're completely wrong about what it is we want, and are ultimately only using our image to strengthen their own cause. Those are the hypocrites of whom I speak, who claim to support us but do just the opposite. 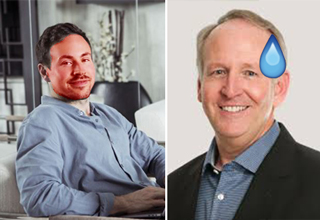