All girls are rare and beautiful snowflakes this much we know.

Yet when you take college girls, feed them alcohol and put them in a bar environment, a remarkable thing happens: their behavior falls into remarkably consistent patterns. Based on our research, weve identified five types of girls youre likely to meet in a college bar.

Girl on Her Cell Phone

OMG! I cant believe he said that! Multitasking is a glorious thing truly a hallmark of our modern age. And yet, the ability of this girl to simultaneously order a drink, have a cursory conversation with a random frat dude attempting to hit on her, and catch up on the latest girl talk on her cell phone over the din of drunk people chanting the chorus to Living on a Prayer is still amazing to behold.

This girl has such super-human abilities to communicate that if you married her your kids would most likely be telepathic, an ability sure to be an improvement over the cell phone for communicating the miniutia of ones sex life. But good luck even attempting to start a conversation with her. She and her iPhone with its nearly endless stream of mindless babble being delivered straight to her cerebral cortex 23 hours a day are getting along just fine.

Can You Take Our Picture? Girl

This girl will make you her personal Paparazzi in her quest to document every random Thursday night shes spent getting drunk at Awful Als with her nine BFFs. Although you look like a chump being Mr. Amateur Photographer, youll say yes to her request to take a picture of her and her friends on the outside chance one of them will have sex with you (they wont).

Of the 983 tagged photos of her on Facebook, 800 or so feature prominently placed alcoholic beverages. This is to show everyone she was Out Having Fun. Dont worry about telling this girl to smile (if you can even get her beer-soaked camera to operate). Shes got her own Kissy Guido Face/Gangsta Hand Sign/MySpace Emo look down to a science.

Like Pavlovian dogs that cant stop salivating at the sound of a bell, or moths drawn to a flame, most guys are simply unable to tear themselves away from the site of two girls getting all Sapphic. Say what you will about Joe Francis, but no one can deny that we have him to thank for the potential of any random bar night turning into a Girls Gone Wild commercial. Of course, its all just for show, and the sexual equivalent of Fools Mate in chess even an ugly girl can significantly up her attraction potential simply by making out with another girl in a public venue. But still, for most guys, this Never. Gets. Old.

She just came back from Amsterdam. Or Italy. Or Thailand. And now she wants to tell you ALL about it. These stories almost never live up to their potential, mostly because what Americans do abroad isnt really that interesting. They eat. They drink. They find themselves via a passionate fling with a sexy foreign stranger. The whole abroad experience is a grand adventure that doesnt vary much from person to person. If you can stand to hear a truncated version of the plot of Eat, Pray Love, then maybe this girl is for you, otherwise, stay away.

Also known as the CockBlocker, the Mom hasnt had sex in months, and is here to make sure her friends dont either. The Mom carries herself with a matronly air (hence her name) and is frequently seen saying We have to go! as she pulls her friends off of you.

The Mom is a hard one to win over, as she lives to be the wet blanket. But its always the repressed ones that suddenly act like they are on the set of an Andre 3000 video when they do decide to finally let go, so it may be worth the time you expend to convince her to come over to the dark side and have a little fun instead of being the chaperone. 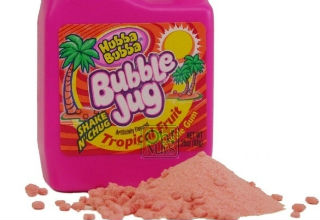