Congrats to PBNinja17 for winning the 420 blog contest. Yesterday we held a contest asking to hear the stories about the first time you got high. You can read about it HERE. Shout out to Hakik for a close second place. Thank you to everyone who participated by submitting a blog. Your stories were all pretty great and it wasn't easy choosing a winner.

The First Time I Got High, By PBNinja17

The wind was so extremely cold that fall night I was afraid my short stubby fingers were going to fall off. I had moved to this Mid-West town one year earlier and was in my 2nd year of high school, one of the youngest in the class at 15, definitely not one of the brightest.

I was having dinner at a friend house who's parent were rather eccentric for this small town. The family had a small farm, raising rabbits, ducks, and chickens. This year though my friend's mother had the fantastic idea to raise llamas. A large barn sat 50 yards from the back of their house, half was set up for the llamas the other half was set up as my friends hang out area.

After dinner my friend and I went out to the barn to get away from the house and his parents, it's there he told me he got some weed from this kid in school and wanted to try it out. As this was our first time smoking weed, we headed to the back of the barn where the llamas were kept just to make sure we wouldn't get caught. My friend crushed a pop can into a little bucket shape and poked holes in it with his house key.

We huddled together to try to stay warm and to provide some protection from the wind blowing through the open barn doors, trying to make sure the flame from the lighter did not blow out. As my turn to take my first hit arrived a llama entered through the barn door and walked over to us and stood face to face with me. As I took my very first hit of weed, I was staring eye to eye with a confused llama, so confused in fact it was about to do the only thing llamas do when they feel threatened, spit.

As I was blowing my first puff of weed smoke in this llama face, it folded its ears back and got a huge glob of black spit ready for me. Everything was in slow motion, I was going to try and get out of the way when to my left I hear "No you don't!" and a fist comes flying in, square across the jaw of the llama. My friend had punched the llama so that it would not spit at us. The llama lifted it's head, backed up a few step and walked away. And that was the first time I got high.....and...... it was kind of, in a way, my first fight. 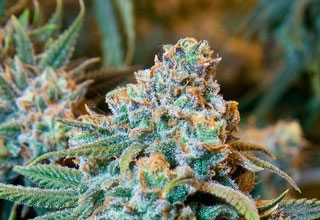 NEXT BLOG Things You Need For The Perfect 4/20