The Power of Tears Since the time when humans have figured out that life sucks, especially when you're being regularly hunted by animals larger than you, mankind has used his imagination to share his vision of what it would be like to become something that is not limited by being a mere mortal human. Humans have told stories of gods who can create worlds, cause natural disasters, talk to animals, defeat death, and make crops grow on command. These stories were passed down from generation to generation, until they became what we now know of as comic books.

There are many types of superpowers that are deemed desirable. The ability to fly, super strength, the ability to become invisible (and peek at people's privacy), the power to revive the dead, and sometimes even having too much money is considered a superpower. One thing that people seem to be neglecting though, is the power to make somebody cry right away.

How can the power to make people cry be useful? There are many ways this can prove to be quite beneficial, and these are things we'll be exploring.

Power of Tears VS Bullies: Imagine yourself as a little kid being bullied by a larger person. You're so skinny that you can't even lift your lunchbox without risking your shoulder from falling off. Bullies love to be the center of attention, and when they are on the spotlight, they need to be seen dominating somebody, meaning you. Fortunately, you have the power to make anybody cry. You simply look at your tormentor and wish that he'd break down and cry.

Your bully feels a sudden rush of extreme emotions welling up from within. Memories of when he was "touched" by an angel who told him to "remove the clothes of sin" at the church suddenly flood his memory. His knees become weak and he limply falls to the ground. He inhales deeply before releasing a very loud scream, tears suddenly streaming down from both of his eyes, mucus escaping from his nose. Your Power of Tears dug deep into the bully's repressed memories and hit him where it hurts the most, his heart (aside from his butt).

Everyone crowds around the fallen bully and starts laughing at him. Even the kid who doesn't know him starts laughing at him. This is the weakness of bullies. Once they're the center of attention, they can only be powerful when they are dominant. Just like a lion, they're the kings of the neighborhood, but the moment they show weakness, everyone, including their prey, will start eating away at them. Never underestimate the cruelty of children.

Power of Tears VS Hostage Taker: Let's say you already know how to harness the Power of Tears. One day, you're walking around when you witness a hostage taking situation. The criminal is pointing a gun directly to the head of a frantic woman as he demands a helicopter and pizza from the local police. You quickly focus your attention towards him and concentrate hard as you build up the Power of Tears.

As the hostage taker takes the pizza that the police delivered to him, and just as he's about to take his very first bite, he is overcome by the memories of his sad childhood. He remembers how his mother used to throw him in front of cars in an attempt to sue random drivers and make some quick cash. The hostage taker suddenly realizes how unloved he was, and so he spares the life of his hostage, gives her all of the pizza, and then blows his noggin off with his own gun. Score another point for the Power of Tears! You just saved another victim!

Power of Tears VS Terrorists: After becoming the local hero with superpowers, you decide to finally take on the assholes who keep blowing up McDonald's all around the world, but unfortunately these terrorists love to strap bombs to their bodies, usually taking out everything else within the vicinity. You need to act before they get the chance to prepare!

With the help of Twitter, you quickly find the hideout of the bad guys. They're still trying to configure the timers on their bombs. You immediately summon the Power of Tears, which has become much more powerful thanks to your training, and you are now able to focus on multiple enemies at once. You quickly bring out their saddest memories about how Billy the Goat once took their manhood, which causes all of their eyes to start flowing with tears. They get confused and one terrorist accidentally messes up the detonate button, causing a huge explosion that takes out the entire crew of terrorists. Counter-terrorists win! Let's say you're looking for romance, but the woman you fancy, despite her beautiful appearance, is a cold hearted woman. Since you're a loner who watches romantic comedies regularly, you understand that the way into a cold hearted woman's heart is through sad memories. You need to make her cry! You focus your attention on her and use the Power of Tears to make her buried memories emerge. Slowly but surely, the cold hearted woman begins to breath heavily. A single tear falls from her left eye, only to be followed by an endless stream of sadness. She's now overcome by the memory of when she was younger when her boyfriend cheated on her with another man.

You quickly try to comfort the cold hearted woman by offering her a Starbucks coffee you prepared in advance and then you tell her that everything will be alright. Because she was a mean and snobbish lady, you're the only one around her at this exact moment, the lowest point in her life. She clings on to you for comfort and for the first time ever, she allows her heart, which she has chained up from ever loving again, into accepting your love.

Congratulations! You have freed this woman from her personal emotional torture, plus you now have a pretty girlfriend who needs your love because all her years of being alone made her think that you're the only one willing to put up with her! A very well orchestrated move indeed!

Power of Tears VS Alien Invaders: You now have a family with the formerly cold hearted woman, but suddenly, aliens from another world start invading earth! What do you do?! You quickly try to use the Power of Tears against the aliens, but unfortunately, you find out that these creatures don't have the ability to cry nor do they have emotions! Now the whole earth is screwed!

With almost the entire planet succumbing to the alien threat, you come up with a plan: Operation Tear Drop! You use the power of social media and tell everyone to focus on the saddest moments of their lives and to cry as hard as they can! The flow of sadness envelopes earth, and you could feel it. You focus the Power of Tears on to this energy and suddenly, a gigantic tear drop forms on the earth's atmosphere, which you then launch towards the invading alien force! The massive tear drop sucks all of the alien ships into it and it takes them towards the sun, where a massive explosion signifies that you have successfully saved the earth!

The Power of Tears is terrifying! 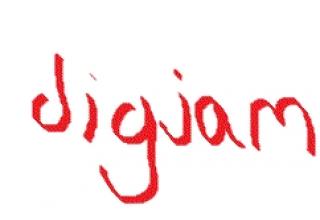