1. The Dyatlov Pass Incident - February 2, 1959, nine experienced hikers in Russia were found brutally murdered in the tundra in the oddest of ways. The first tent that was discovered was ripped in half, half buried in the snow. The first two bodies were found next to a small fire only wearing their underwear (it was -13 to -22 °F)  and sitting under a huge tree with all the limbs broken on the tree from the ground to 16 feet up its base. The next three bodies were found at different distances from the tree, in poses suggesting they were trying to run back towards the camp. The rest of the bodies had strange injuries, like fractured skulls and chest so severe it could only be done in a car wreck or by falling from a high distance. One of the hikers had her eyes, tongue, bottom lip, and parts of her skull missing. Also, most of their clothes contained high amounts of radiation. 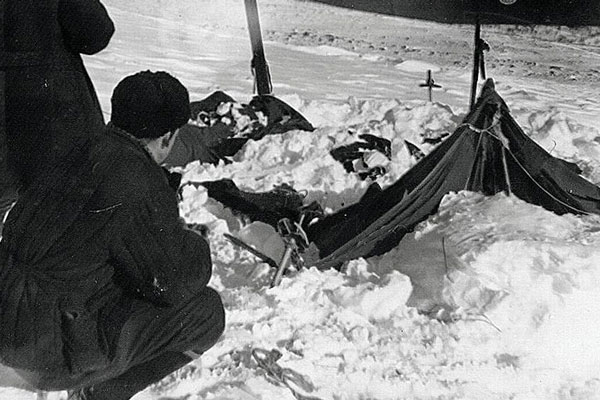 2.  The Kelly–Hopkinsville Encounter - In a small town in Kentucky a group of local farmers burst into the police station fearing for their lives. On August 21, 1995, the Hopkinsville police station was visited by five adults and seven children who all claimed they had been attacked by small, alien-like creatures at their rural farm house. The adults claimed that they had been holding the creatures off "for nearly four hours" with gunfire from within the safety of the home. The police were sent out to investigate the matter but could only find bullet holes and glass on the grass from where the family had tried to shoot the aliens through the window. The next day they returned to the home trying to interview the family again, however, they had packed up and left. Neighbors report that the family said, "the creatures had returned about 3:30 in the morning." 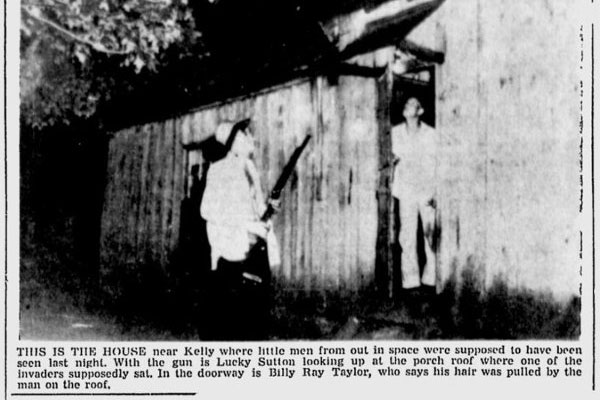 3. Ursula and Sabina Eriksson - In 2008, the United Kingdom became obsessed with Swedish twin sisters Ursula and Sabina Eriksson after they apparently had an episode of folie à deux, or "twin psychosis". The sisters were boarding a train for Liverpool to London when they began to act very strange, not letting the customs officers search their baggage. They were not permitted to enter the coach and instead, were seen walking on the busy M6 highway near where they were about to embark from. When transit authorities arrived, the two sisters ran onto the M6, Ursula dodging traffic and Sabina being struck by a vehicle. After police arrive, the twins again ran onto the highway, both being struck by vehicles. When Sabina, who had a terrible head injury awoke from being knocked out, she immediately began to fight the police on the scene. Appearing to be odd but ok, she was released from custody and then picked up again by an officer, whom she later stabbed to death. 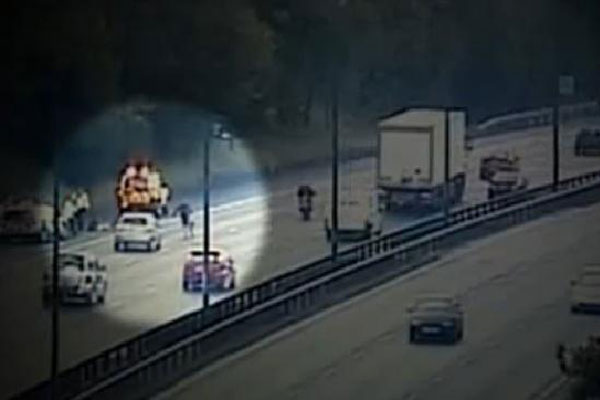 4. The Man From Taured - In July 1954, a well-dressed man entered the Tokyo airport looking to board a flight home. Although he looked innocent enough, when Japanese authorities checked his passport, his country of origin was a place called Taured. Since there is no country named Taured, the officers detained the man for further questioning. They asked him to point out his country on a map and without hesitation he pointed to the Principality of Andorra, and immediately becomes confused and overwhelmed that he doesn't see his country. The man had a dozen of stamps on his passport, including several trips to Tokyo. The Japanese authorities took the man to a hotel and placed to guards outside his room while they investigated the matter. Several hours later when they checked on the man, he was gone without a trace. Since the hotel was an upper-floor with no balcony, escape through the window was impossible. The case was never solved. 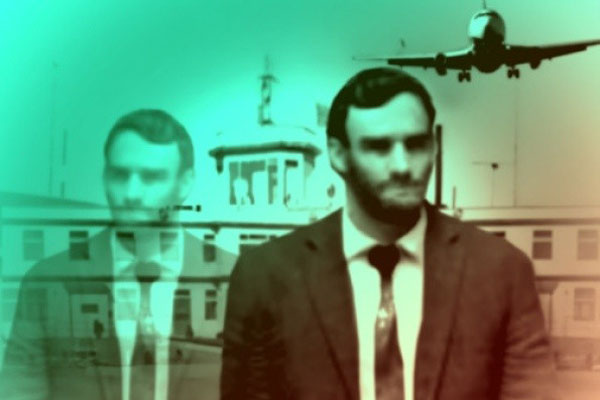 5. Hoia Baciu Forest - Known as the world's "Most Haunted Forest", this woodland located in Cluj-Napoca, Romania, with is strange vegetation and misshaped trees, is known as the Bermuda Triangle of Romania. The forest has it all from ghost sightings to photos taken with faces appearing, to even UFO sitings in the 1970s. The area was named after a herder who disappeared in the forest along with 200 sheep in his flock. Many locals won't enter the forest for fear of never returning, those however that are brave enough complain of the feeling of being watched, nausea, unexplained scratches and rashes and strange orbs floating and female voices laughing and yelling. 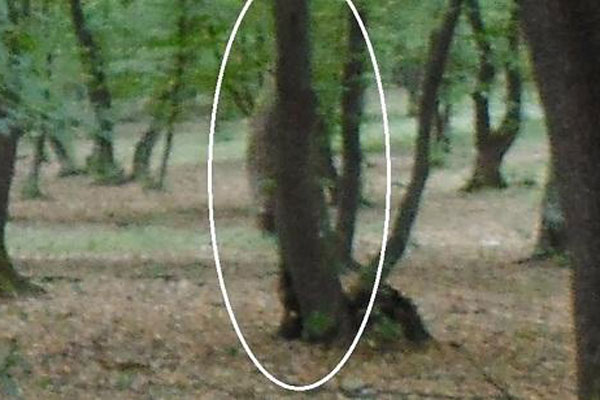 6. Mel's Hole - Mel Waters lived on his property in Manastash, WA for two years when he began to investigate the strange pit in his backyard. The hole has 3.5 thick stone walls that extended fifteen feet down and no bottom in site. Waters reported that he once used a fishing line to measure to the bottom of the hole, the line reaching 80,000 ft. (15.15 miles) before he pulled it back up. The deepest spot in the world is supposed to be the Mariana Trench which measures at 36,000 ft. The hole is also supposed to hold rejuvenating powers for the dead, believed to be due to the fact that Waters property was once Native American land. Dogs would not go near the hole, however, a neighbor of Waters threw his dead hunting dog down the hole only to see the same dog running in the woods days later. It is in Mel Waters' will that his body be thrown into the hole after his death. 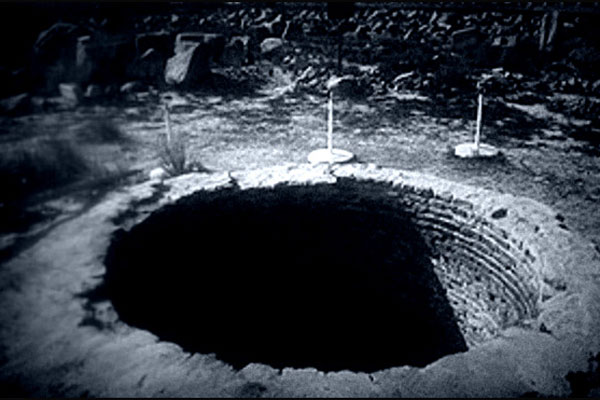 7. The Miracle of the Sun  - In Fatima, Portugal, on Sunday the 13th of October, 1917 and unexplained occurrence happened that was recognized by the Catholic church as a miracle in 1930. Three shepherd's children visiting  Cova da Iria met a woman who claimed to be Our Lady of Fatima. The children asked her to perform a miracle to prove she was who she claimed, the lady replied that the children would continue to visit every month until October, where she would reveal a miracle. The children returned in October with 30 - 40,000 followers with them. The rain was heavy that day, but around midday, the rain stopped and the clouds parted to reveal the sun as an opaque spinning disk in the sky. The crowd watched while the sun spun and shot different colors around the landscape and the people's clothes and the ground became instantly dry. The strange thing about this phenomenon was the amount of people that witnessed the event, including city officials and reporters. 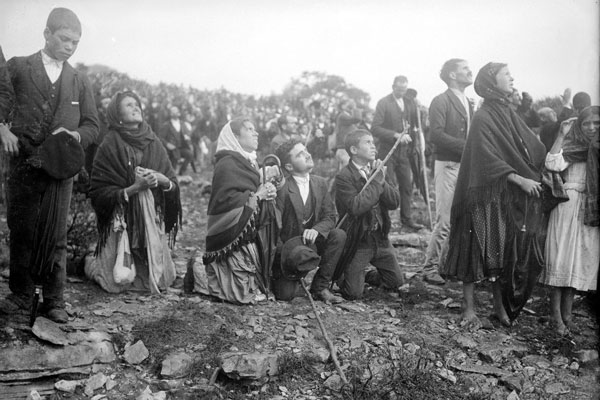 8. Ryan's Past Life - A young boy in Muskogee, Oklahoma, claims to have been a Hollywood actor in his previous life. Ryan, now 10 would wake up in the middle of the night when he was very young from terrible nightmares his parents couldn't make sense of, talking about his "heart exploding" and speaking a lot about "Hollywood".  One day Ryan and his parents were flipping through a book on old Hollywood when he spotted a man, pointing to the photo he claimed that was who he was in his last life. Ryan pointed to Marty Martin, a character actor that was in 'Night After Night' with Mae West and was even on Broadway. There were no write-ups on Martin and it took film archivist to find out what his name was. After learning who he was, Ryan was interviewed by a world-renowned child psychologist that specialized in children remembering past lives. Ryan got 55 facts about Martin's life correct, including his year of birth, even though it was incorrectly printed on Martin's death certificate. 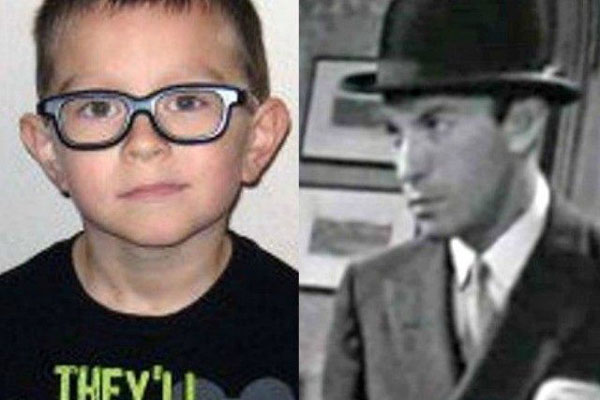 9. The Taman Shud Case - A body of a 'murdered' man was found on the beach of Somerton, South Australia on December 1st, 1948. The body was of an unknown man and the cause of death could not be verified, even though the authorities thought it was from poisoning, though no trace of poison could be found. A few months later when the investigators were looking into the case, they found a scrap of paper in the man's trouser in a secretly sewn in pocket, that read, "Taman Shud" which means "the end". It was torn out of the final book of poems from a copy of Rubaiyat of Omar Khayyam. A few days later a man that drove a cab on the other side of town came forward to say he found a copy of Rubaiyat in the back seat of his taxi with the "Taman Shud" section torn out. 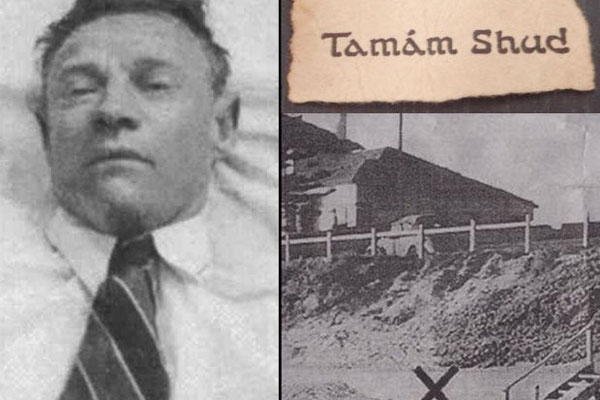 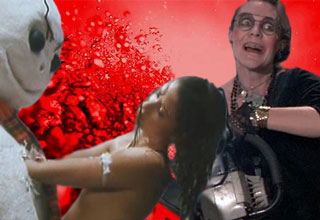 NEXT BLOG The Cheesiest Movie Deaths Ever