I was on this nightshift crew. We were commenting on random things. I asked UCM is he would ban me if I was Steev0's alt. No reply. So I asked if the keyword is "Marrieta." Still no reply. I guess it was, because I couldn't make a comment soon after. "You have been banned from posting comments until inciting a riot" appeared above the comment box.

All I said was "I killed a ***** once in Marrieta." I got banned for that. Or maybe because I inclined to be Steev0's alt account. Why do assholes post comments saying "nigger" all the time and don't get banned, but when I laugh at UCM banning Steev0 for a stupid reason, I get a ban myself?

What does "You have been banned from posting comments until inciting a riot" even mean? I need to incite a riot to be unbanned? Or did I get banned for inciting a riot? I want blood!!!!!!!

How can a Jeans be banned?

UCM, you asshole from Marrieta, I will have my revenge! 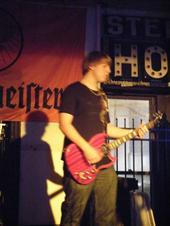 NEXT BLOG Blog of the evening