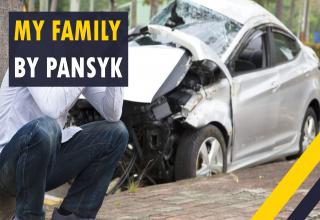 It wasn't particularly tragic. Or unusual. Just a car accident. I don't blame the man who hit me. He was speeding because his wife was in labor, and there was black ice on the road. He lost control of the car and I lost my life.

It's not his fault. I know that. I'm not cruel. I am not vengeful.

If anything, I'm the opposite.

You see, I don't have any family left and I had lost my few friends around that time. When it was time for my funeral, the only people who came was my boss and the family who killed me. The wife held her newborn daughter close to her chest.

I hated my boss, and the cemetery was awfully lonely, so I followed the family home.

Lily may as well have been my own flesh and blood. She was sweet, and bright, and oh so very small. She had trouble sleeping if someone wasn't rocking her crib and her parents were so tired. After they put her to bed, it was easy for me to rock her crib for her. I didn't get tired. I could help her.

As the years passed, Jack and Lori realized that they weren't alone in the house. It didn't take long from there to make a connection between my funeral and when I had shown up. And I'd never been malevolent, so they weren't afraid or angry.

They started to burn candles on the anniversary of my death day. They left an empty chair for meals and holidays. I really felt like... A member of the family.

Someone is trying to force the door.

The thing about ghosts is that the more offerings you get, the stronger you become. I'd been enjoying candles, trinkets, and even the occasional food item for the past five years. I was strong from that.

The knife feels warm in my hand. A shock of heat against the ice of my skin.

Lori, Jack, and Lily are my family. I care about them. And they're not gonna join me yet.
10/10
1/10
Categories: Creepy Wow Pop Culture> Paranormal
Tags: horror scary stories night eerie story halloween freaky spooky 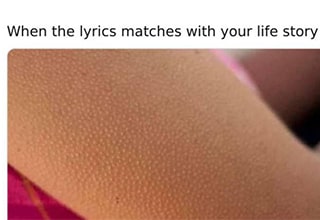 NEXT GALLERY 48 Tweets Proving Everyone Is Living the Same Life