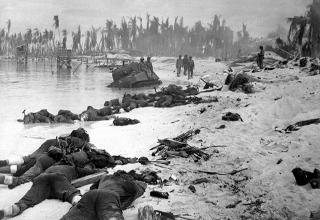 RELATED MEDIA
Imagine each of the bodies used to be a living, breathing human. Each soldier there had a childhood, memories, they had felt things and smelled things, and seen things. Everything in these soldier’s lives led up to their deaths. Their existence could be neatly summed up with an age and a name, and forgotten so easily, as if they had never existed or even mattered in the first place. They knew serving carried risk of harm to life and limb, they weighed the consequences and their incredible bravery led them into battle, but they could never know the finality of death, that the whole of their physical and mental being would cease as a function. They may have lay awake at night in fear of meeting their maker, or had reservations as they first signed their name on the piece of paper that made them a soldier, but none of them knew this was their fate. How could they? Just recently they would have been smiling, and jovial. They would have been conversing and emoting and looking in one another’s eyes to derive meaning from visual and auditory cues. Not so long ago they would have been exquisite examples of a living, breathing organism. But as the synapses in their brain shut down, and the activity between neurons turns to excess heat instead of prolonging sustained consciousness, they are nothing more then shells of living creatures. If you’ve seen someone die, you know it can happen quickly, and it’s hard to comprehend the full implication of a life coming to an end. From the observer’s point of view its just another event, it may bring on emotions and feelings, but as far as the universe is concerned its just energy moving around. We may be born to die, and that’s depressing as hell, but each one of us is a unique tapestry of history, memories and personalities, and as long as we are alive we continue growing with complexity and weaving ourselves further into the shared history of our earth, our galaxy, our sun, and everything that had a part in making us. That being said, remember that each one of the soldiers strewn about the beach by the careless throws of death and pushed up the sand by the unforgiving current was a truly irreparable loss. Remember that no one person’s life is worth more then another, and that the loss of anyone, anywhere, for any reason is a tragedy and we must all share in the pain.
16/16
1/16
Categories: Wow
Tags: pics from the other side life 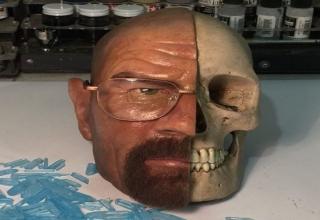 NEXT GALLERY 40 want vs need products