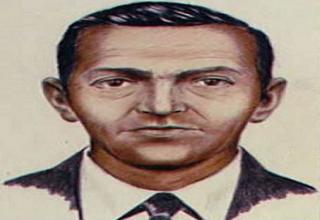 RELATED MEDIA
In 1971 a man who called himself Dan Cooper and later was better known as D. B. Cooper bought a plane ticket flying from Portland to Seattle. Witnesses say he ordered a bourbon and soda and looked like an average businessman in his 40s, wearing a black suit and with a black attaché case in his hand.But he was no ordinary businessman.

In that little black suitcase, he had a bomb and he let the crew know that he was going to detonate it unless he was given $200,000, 4 parachutes and a fuel truck standing by in Seattle to refuel the aircraft upon arrival. The passengers actually weren’t aware of what was going on and were told there would be a delay because of technical difficulties.When the plane landed, the passengers were let out and D. B. Cooper was given his money.

Then he and a couple of members of the crew boarded the refueled aircraft again. After taking off, Cooper collected his things and jumped out of the plane.To this day the FBI couldn’t find out who that man was and many people don’t believe that D. B. Cooper survived as traces of the ransom money were found along the banks of the Columbia River in 1980.
30/30
1/30
Categories: Wtf Wow Conspiracy Theories Cool Stuff
Tags: historical conspiracies cold cases mysteries wow cool unsolved mysteries history facts infotainment educational interesting cool jack the ripper genghis khan alexandria covenant nixon 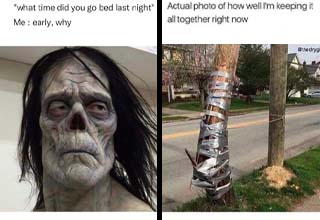 NEXT GALLERY 30 Memes You'll Understand If You're A Hot Mess