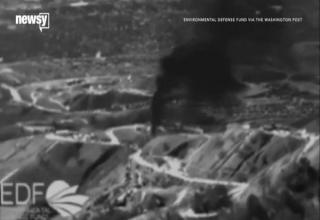 RELATED MEDIA
As of January 2016, the gas leak from an underground storage facility that has sickened some Los Angeles residents and sent thousands from their homes has been out of control for almost two months. Millions of pounds of methane are leaking into the atmosphere, and California officials say it's shaping up to be a major ecological disaster. Thousands have been forced to evacuate the area, and several lawsuits have already been filed by people who claim they've been harmed by the leak. "I have felt the effects, as my husband has — the stomach, the vomiting, the headaches. But when my 17-month-old son has to be on a nebulizer and comes home with bloody noses, there's no excuse," resident Robin Shapiro said. So far, efforts to contain the gas leak have been unsuccessful. State officials say it could take months before it's stopped. SoCalGas, which is owned by Sempra Energy, has spent some $50 million in its efforts to stop the leak and mitigate its effects, and Gov. Jerry Brown has declared a state of emergency over its emissions.
8/8
1/8
Categories: Wow
Tags: shocking environmental disasters 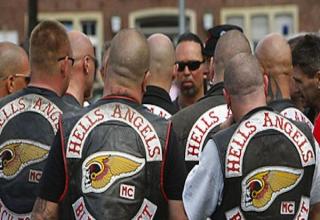 NEXT GALLERY 10 Most Horrifying Gang Rituals