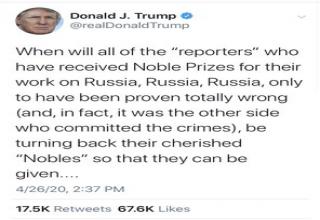 RELATED MEDIA
It doesn't happen often but when it does, you know it's usually going to be a doozy, but Trump deleted a few Tweets over the weekend, after ranting about Noble Prizes for journalists. He deleted the tweet and tried to play it off as 'sarcasm' (twice in one week). The word he's looking for is Nobel, and the Prize he's thinking of is the Pulitzer Prize, (the one given to journalist).
3/3
1/3
Categories: Wow
Tags: wow funny trump prize donald trump 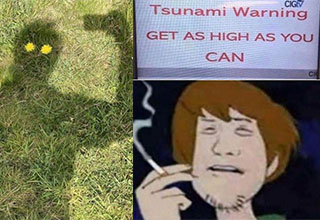 NEXT GALLERY 40 Funny Pics and Memes to Entertain Your Brain