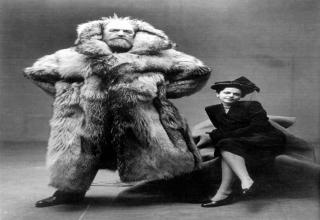 RELATED MEDIA
Artic Explorer Peter Freuchen was caught in a terrible blizzard and buried under a thick layer of snow and ice. When he couldn’t claw his way out, Freuchen whittled his own frozen feces into a knife and used it to chisel his way through. Standing six feet seven inches, Freuchen was an Arctic explorer, journalist, author, and anthropologist. He participated in several Arctic journeys (including a 1000-mile dogsled trip across Greenland), starred in an Oscar-winning film, wrote more than a dozen books (novels and nonfiction, including his Famous Book of the Eskimos), had a peg leg (he lost his leg to frostbite in 1926; he amputated his gangrenous toes himself), was involved in the Danish resistance against Germany, was imprisoned and sentenced to death by the Nazis before escaping to Sweden, studied to be a doctor at university, his first wife was Inuit and his second was a Danish margarine heiress, became friends with Jean Harlow and Mae West, once escaped from a blizzard shelter by cutting his way out of it with a knife fashioned from his own faeces, and, last but certainly not least, won $64,000 on The $64,000 Question.
12/12
1/12
Categories: Wow
Tags: feed your brain with these fascinating facts 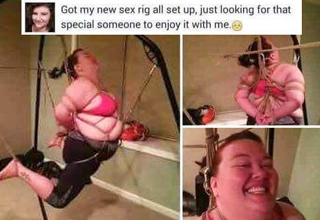 NEXT GALLERY Fails, Facepalms, And People That Make You Cringe