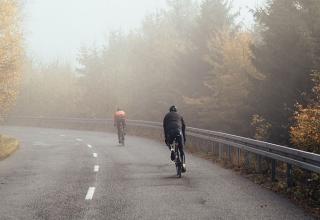 RELATED MEDIA
A few of my childhood bullies have passed away from reckless driving or drugs. So revenge is not needed.

After going to a different High School then my middle school bully, I was a year out of HS and going for a bike ride. Saw the middle school bully on his bike, going the opposite way. He yelled something to be a prick to me, so I ignored and kept on my merry way for about a mile. Until I noticed he was following me, fast.

I wasn't the same pushover I was in middle school, so I pulled over and waited, as he hopped off his bike and violently thrust his hand out-to shake my hand and apologize for ever being a d**k.

Basically said he used to hang with a bad crowd through middle school until senior year and he regretted a lot of stuff he did as a kid growing up. Asked me how my high school years were, what my after HS plans were and explained after his father passed away he had an epiphany-he was going to the national guard to get a way to help fund college, and wanted to become a psychologist to help kids throughout high school deal with harassment.

I talked with him for a good half hour and we parted on friendly terms. Ran into him a few times over the years and about 4 years later he seems to be on his way to achieving what he said and is very active in my hometown community. NEXT GALLERY 32 Fresh Memes of the Dankest Kind