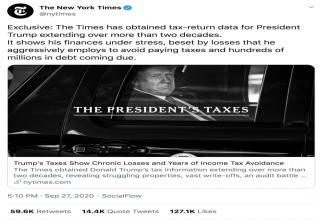 RELATED MEDIA
The New York Times published an investigation into President Trump's tax history yesterday, in a report that claims the President didn't pay federal income tax for nearly a decade as his loses ran much higher than his earnings. Trump was quick to call the report fake news, but the IRS is currently investigation a 79-million-dollar write off Trump was given years ago for his failed Atlantic City experiment. So you can be assured, that this is in fact true. And Trump is not only broke, he's been in litigation with the IRS for years.
17/17
1/17
Categories: Funny Funny Pictures Funny Comedy Funny Fail Funny politics Facepalm Wow Comedy Fail Politics
Tags: donald trump funny lulz 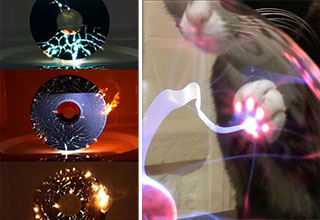 NEXT GALLERY 20 Unusual Things You Might Have Never See