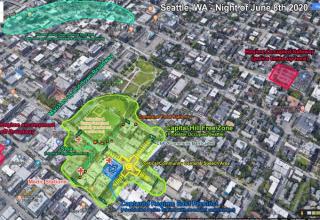 RELATED MEDIA
Alright, before we get into it, we just want to say, whoever named the new free-state of CHAZ the Capital Hill Autonomous Zone and not the Autonomous District (CHAD), we beg you to show yourself. So, if you haven't heard, the Seattle PD vacated their East Prescient in Capital Hill two days ago and the neighborhood has since, declares it'self and Autonomous Zone, or rather a free state within the United States. Here are some photos and tweets, from day two in the CHAZ.
13/13
1/13
Categories: Facepalm
Tags: chaz capital hill autonomous zone seattle police anarchy the chaz chad the capital hill autonomous zone 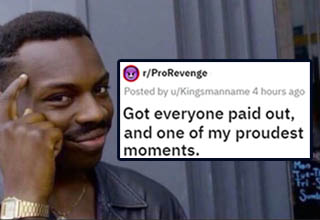 NEXT GALLERY Worker Outsmarts Corporate Attorneys With a Little Research, Gets His Colleagues Paid