Top
Autoplay On
Next Video
And for those of you who are wondering if the scene where the helicopter that was trying to pour sand into the core actually crashed in real life, it actually happened. Though this accident happened on October 6th, some 163 days later. It was clearly caused by the helicopter hitting the wires from the surrounding cranes, and not radiation like is being speculated. 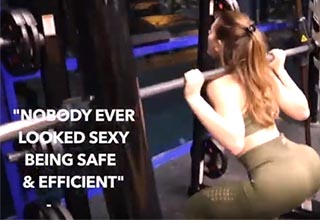 NEXT VIDEO Instagram Model Workout Vid Will Make You Cringe