“We met one of the Sheikh’s sons & he took us back to the palace!”

“We were on the hunt for beers and we ended up at a big palace, we saw his monkeys & exotic birds!”

These England fans are out in Qatar & you HAVE to listen to their story! #FIFAWorldCup #TSWorldCup pic.twitter.com/RlclrsnEsP 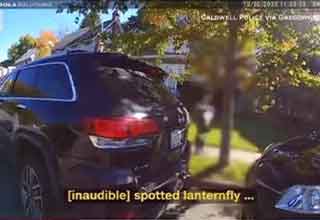