The Colorado shooter’s dad on finding out his son murdered people: “They started telling me about the incident, a shooting... And then I go on to find out it’s a gay bar. I got scared, ‘Shit, is he gay?’ And he’s not gay, so I said, phew… I am a conservative Republican.” (@CBS8) pic.twitter.com/7Zw4vpLtjE 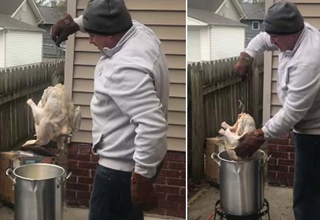