All time record rain across the St. Louis region flooded and shut down interstate I-70 this morning. The climate crisis is right here and now.

Check out this awesome photo of the cloud cover before the rain hit. It's no wonder the rain hit so hard with the sky looking like this. 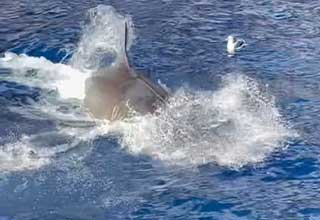