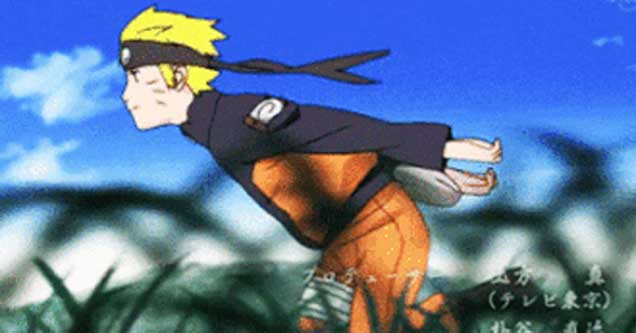 Unless you've been living under a rock lately, you've probably heard about the plan to storm Area 51. Hundreds of thousands have signed up for the event, it's inspired countless dank memes, and even gotten big enough for the US Air Force to issue an official statement about it.

Naturally, not everyone who's seen/read about this cockamamie plan is as big of a nerd as the plan's creators. As a result, there are parts of it that have left some folks a little perplexed. One such aspect is the "Naruto Run," which organizers say plays a key role in ensuring the success of their invasion.

In fact, it's gotten to the point that several major media outlets had to explain what the hell it was:

It’s a banner day when @USATODAY explains what Naruto Run is in an article. #Area51 pic.twitter.com/qRg318DRbF

IF WE NARUTO RUN pic.twitter.com/16F2yqhuWa

Lol “if we naruto run...” officially made it onto the Fox News segment. What an achievement #Area51 pic.twitter.com/aGrYaYbyAu

The Naruto Run comes from the popular anime show by the same name. The characters on the show have a distinct style of "ninja running" which involves leaning your head forward and leaving your arms trailing behind you while running.

There are some claims that this style of running makes you faster, and a YouTube video featuring several cosplayers running normally vs Naruto running does seem to indicate that it might shave a few milliseconds off your time:

Amusingly, the Area 51 stormers seem to believe that this unique style of running may just make them fast enough to dodge oncoming bullets...

400k people have signed up for the Facebook event "Storm Area 51, They Can't Stop All of Us."

The plan: "We will all meet up at the Area 51 Alien Center tourist attraction and coordinate our entry. If we Naruto run, we can move faster than their bullets. Let's see them aliens." pic.twitter.com/naTp5d3er9

Of course, any time you get a plan this outlandish, there are going to be some hilarious reactions online:

When the 300 thousand people naruto run their ass past the security guards at #Area51 pic.twitter.com/i3aNvjwr5B

#area51 whoever does a Naruto run gets a cookie #area51memes pic.twitter.com/6yGSQDIpbg

“... and then I said, ‘Naruto run so you’re faster than the bullets.’ “ pic.twitter.com/VZAzZTlGYP

“mY NarUTo rUn Is PrEtTy FlAwLeSs I mUsT sAY” pic.twitter.com/15bEMZEkMM

This “Naruto run on Area 51” meme is getting so big I actually believe people are going to attempt it. The govt should tell us the truth about ufos and aliens we been in the dark for too long. pic.twitter.com/7o6m5Cmlv3 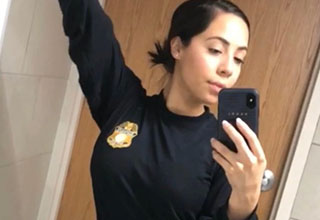