Joe Schilling, professional MMA fighter and Muay Thai kickboxer, recently knocked a drunk guy out cold at a bar in Florida, posting a video of the all-too-brief fight -- if you can even call it -- online on his Instagram.

In the video, you see Schilling pushing aside the clearly intoxicated man, who has been identified as Jason Balboa (an undeniably ironic coincidence), and Balboa saying something to the 6' 3" middleweight who then spins and instantly dispatches Balboa with a 2-1 flurry of punches that puts Balboa to sleep instantaneously.

Schilling posted the video to his Instagram only to have it taken down soon after controversy erupted over the fighter's justification for the incident. Schilling claimed he was "scared for his life" and that the video shows a clearcut case of self-defense.

Many in the MMA community and beyond have claimed Schilling overreacted and that, as a trained fighter, he shouldn't have been "afraid for his life." Many point out that it seems odd that Schilling's friend happened to be recording Balboa moments before Schilling even appears in the frame, claiming it suggests that the altercation was pre-meditated by Schilling and that the slight shove he gives the visibly intoxicated Balboa was intentionally provocative. 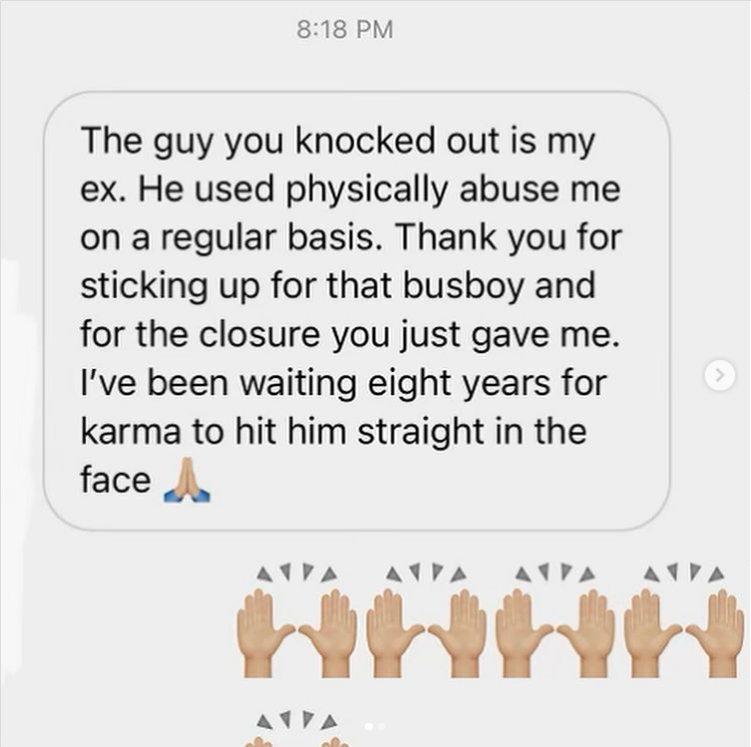 Schilling later posted what he claims are screenshots from Balboa's ex, thanking him for the incident. Predictably, many are calling the texts fake and calling on Schilling to name the Instagram handle the thank-you message came from.

Schilling claims that Balboa, a busboy at a nearby Outback Steakhouse, made a racist comment to one of the waiters, calling him a "broke n***a", and been loudly rapping in the middle of the restaurant. 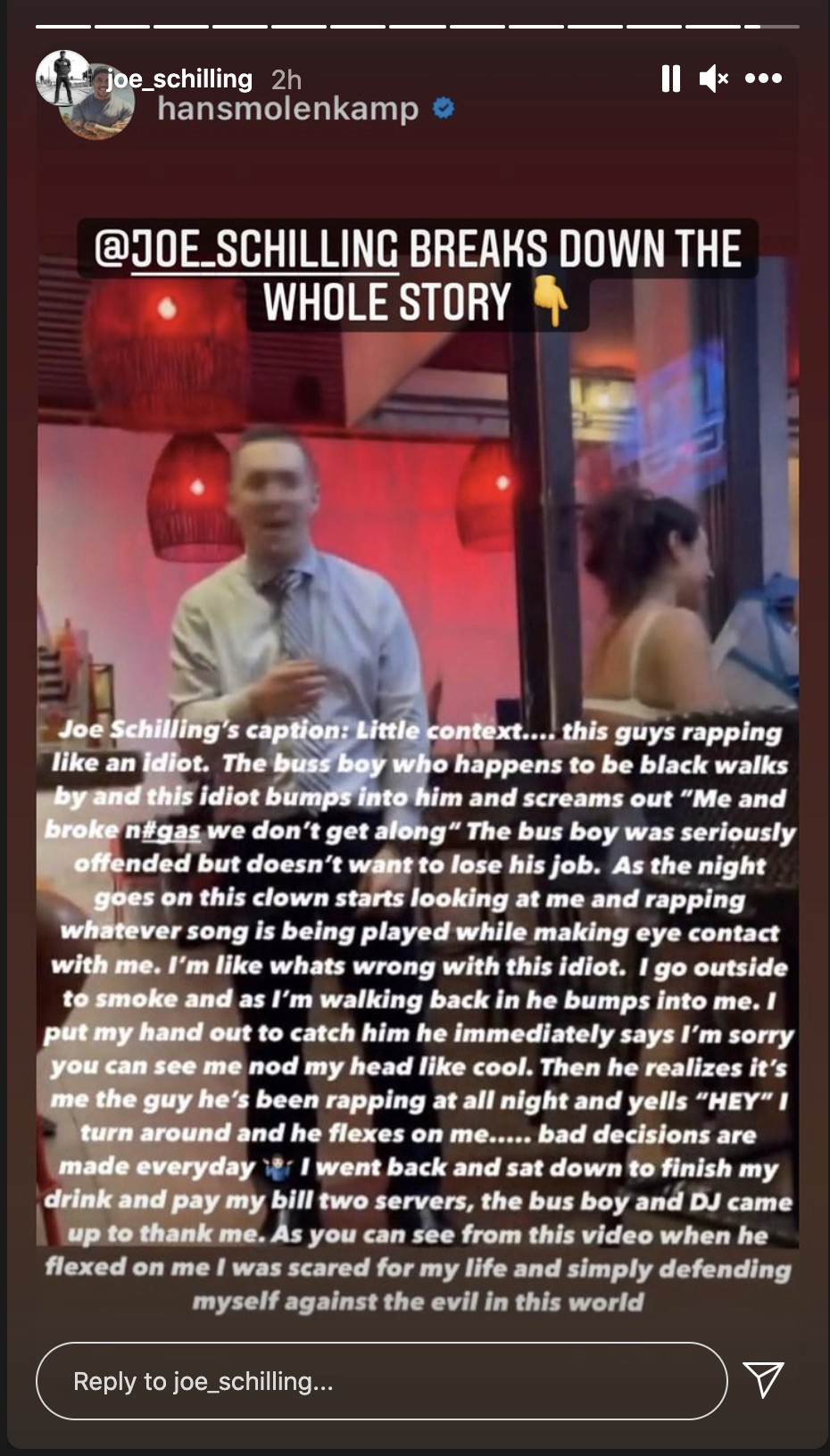 According to the police report, the manager told responding officers that Balboa was a regular to the establishment known for getting over-intoxicated and being something of a nuisance to the staff.

Does that make Schilling's instantaneous flurry justified? On the face of it, probably not. Balboa, d-bag galore or not, was certainly unwise to get in the face of a 6'3 athlete wearing a shirt that says "Ring. Cage. Parking Lot." But being sent unconscious before you hit the ground does have the potential to end your life.

Schilling previously had another outside-the-ring altercation last year when he posted a video of kicking a homeless man around after finding the man in his gym's bathroom with a sex toy. 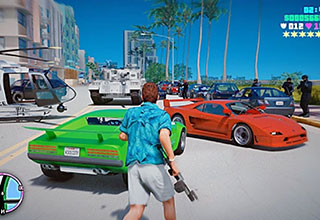