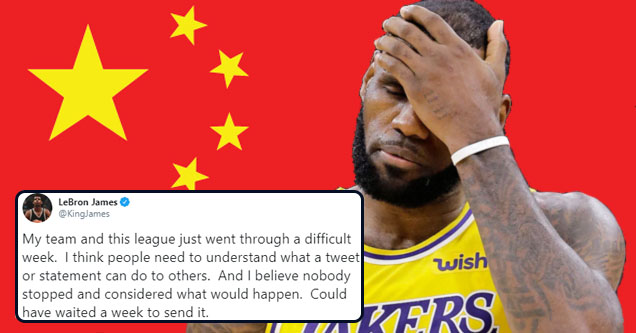 Just when you thought the controversy between the NBA and China might be dying down, a new statement by superstar Lebron James has fanned the flames all over again.

In a statement given to reporters prior to a Lakers game on Monday, James said that the pro-Hong Kong remarks made by Houston Rockets GM Daryl Morey - the catalyst to the current tensions between China and the NBA - were "misinformed" and that Morey was "not educated" on the situation.

That statement left a lot of fans understandably confused and incensed by these comments, especially coming from a player who has previously been very vocal on matters of social justice.

China has had a long history of limiting its citizens' rights to free expression, and the current situation in Hong Kong has thrust that issue further into the global spotlight as China uses its economic strength as a deterrent to anti-Chinese remarks made by global business partners.

James took to Twitter to clarify his comments further:

Sadly, James' statements didn't really make things any better at all and people were quick to express their disappointment with him: 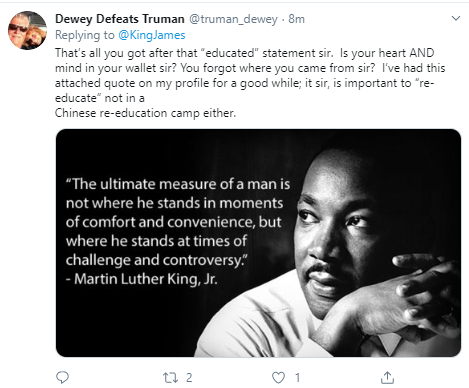 There were also plenty of memes and sarcastic reactions as well:

LeBron James: “I don’t want to get into a feud with Morey but I believe he wasn’t educated about the situation at hand and he spoke.” 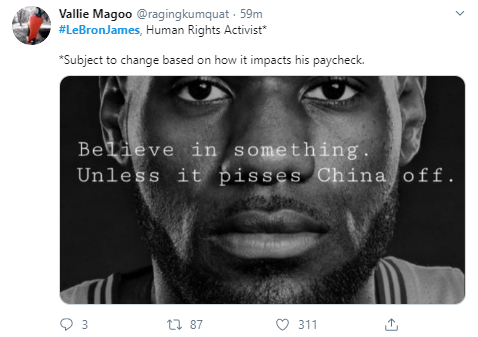 Adam Silver and rest of the NBA every time #LeBronJames fires off a new tweet. pic.twitter.com/pST7Ivz4Ox 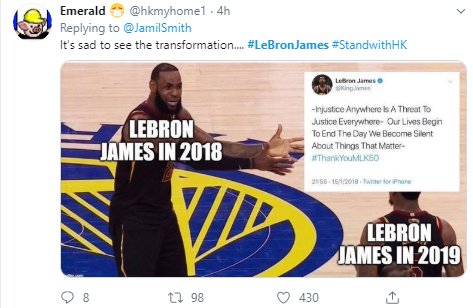 Well... It's already been said before.... #LeBronJames pic.twitter.com/HTwRyMopIC 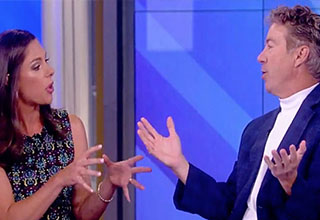