Putin has called for the conscription of 300,000 more young men as the invasion of Ukraine rages on. Thousands have fled or are attempting to, prompting government-imposed bans in certain areas preventing men between the ages of 18 and 35 from leaving. Those not lucky enough to secure a ticket on one of the many sold-out flights out of the country, or otherwise without a means of escape, are turning to drastic measures to avoid being sent to the frontlines.

These are scenes from Verkhniy Lars, near #Russia-#Georgia border. There are many thousands of people, mostly men, in a 15 km long jam, trying to exit Russia to avoid mobilisation into the armed forces. It’s up in the mountains, so nights are quite chilly.pic.twitter.com/zmiRYKOjXv

Beyond the protests and mass emigration in response to Putin’s war in Ukraine and the recent draft, young men are now breaking their own bones to avoid going to war.

The Russians are breaking each other's legs to avoid mobilization. pic.twitter.com/IK46IFXMin

Videos have cropped up on Reddit and Twitter revealing the gruesome last-resort antics. In this first video, a man has a friend jump from the top of a flight of stairs and land directly on his shin, snapping it. (NSFW Warning)

In this video, a man has a friend shatter his arm with a sledgehammer. (NSFW Warning)

Because too many Russians were breaking their legs to avoid conscription this lovely Russian decided to break his arm. Forever.
Russia is one messed up place to live.
Slava Ukraini???????????????? pic.twitter.com/A04fuS3ZJg

These videos are only a sample of what is happening in Russia right now. They serve as a glimpse into the bleak situation that so many Russians are experiencing, what with mandatory enlistment. 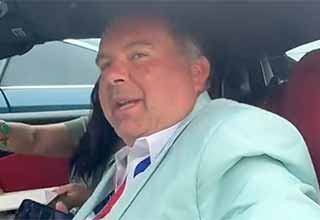