The final episode of Game of Thrones titled "The Iron Throne" aired last night and it's truly the end of an era. Regardless of how you thought the last couple of seasons have gone there were definitely a lot of memorable scenes from the show's finale. Here are the best scenes from the final Game of Thrones episode. I'm not sure how long these will be able to stay up on YouTube so watch 'em while you can!

1. Tyrion finds Jamie and Cersei buried in the rubble.

This is a very sad moment and it really shows just how much Tyrion cared for his siblings. It also appears that Jamie and Cersei could have just stood a few feet away and been completely fine.

2. Dany's victory speech and Tyrion throwing away his hand of the queen pin.

Dany gives another epic speech to the Unsullied and Dothraki and Tyrion confronts her about destroying the city before he tosses away his Hand of the Queen pin. It's a very powerful moment, but all I could think about is how are there still that many Dothraki left. Didn't they basically get wiped out at Winterfell?

This is the moment everyone knew was coming. Jon stabs Danaerys through the heart and then has a faceoff with Drogon. I honestly thought that was going to be the end for him, but I guess Drogon was so woke he knew that the Iron Throne was the real reason for Dany's death. Drogon nudging Dany at 3:15 is truly heartbreaking.

Bran the Broken, what a name. Naming him King was the big twist the writers were hinting at I guess. The best part is when Sansa completely shuts down Edmure when he attempts to make a claim to be King. Also our boy, Robyn Arryn has grown up a lot since the last time we saw him. If you look closely you can see a bottle of water behind Sam's boots, oops. A cool fact that I learned: the guy sitting next to Sam who doesn't say anything is Howland Reed, the only other guy besides Ned who knew about Jon's parents.

Okay, so there's really nothing that great about this scene except for learning what everyone's new title is. I'm only putting in it in here because at 4:25 Tyrion finally gets to tell the jackass and honeycomb joke that he's been trying to tell for years, although we sadly don't get to hear the punchline.

This is it, the very end of Game of Thrones. Jon heads north beyond the wall to hang out with the wildlings and his boyfriend Tormund. Sansa is Queen of the North, and Arya is sailing west beyond the end of all the maps, presumably to go and discover America. The sequence at 1:34 where it cuts between them all walking down different hallways is beautiful, but the best part of the ending is at 3:05 when Jon finally pets Ghost, the goodest boy in all of Westeros. 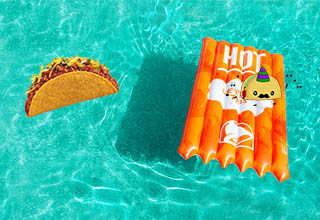