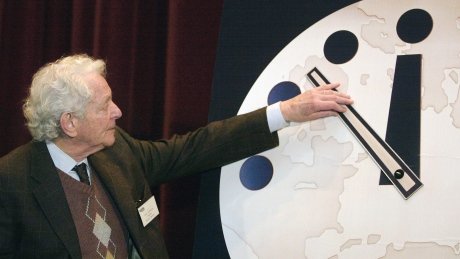 The Bulletin of the Atomic Scientists moved the metaphorical doomsday clock ahead by 30 seconds on Thursday, marking the closet the world has been to annihilation since the height of the Cold War in 1953. The doomsday clock is used to represent societies closeness to destroying itself and the planet. But maybe, just maybe that's a good thing.

Time of the 2018 Doomsday Clock, as of today: It is 2 minutes to midnight. #turnbackthedoomsdayclock

The @BulletinAtomic has moved the Doomsday Clock 30 seconds closer to the "apocalyptic" midnight #tictocnews pic.twitter.com/yp7ACXq9hN

BREAKING: Doomsday Clock signalling how close Earth is to destruction has been set at two minutes to midnight, the most dire reading since 1953. Trump's nuclear bravado and world's inaction on climate change blamed: https://t.co/kOFWUl34LM

The Bulletin of the Atomic Scientists cited growing environmental impact and lack of global action against climate change as one of the factors which inspired the moving forward of the doomsday clock. Among the other factors were the 'divorcing of public policy from empirical reality' which in lamens terms simple means, living in a fantasy world as one of the other factors.

If you're a fan of cartoons and or comics you might find this whole thing like a silly joke, as this is reality and not Watchmen. But if you're a hard lined Trump supporter you'll probably see this as an affront to your god emperor, which in many ways it is. So in honor of our last two metaphorical minutes left on planet Earth, we think the only thing to do is crack open a cold one with the boys. 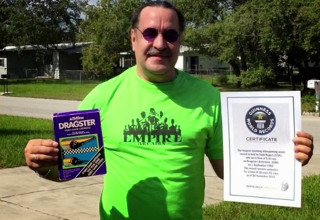 NEXT ARTICLE After 35 Years Of Cheating, Gaming Legend Todd Rogers Has Finally Been Caught