Kahlilia Yvette Davis recently became an elected District Court Judge in Michigan's 36th District. There are currently 29 other judges in this circuit who show up to work every day. Kahlilia however, hasn't shown up to work one single time since being sworn in.

On the day of her swearing in, Davis asked the court if she could begin her term with time off for a trip to Germany. Chief Judge Nancy Blount denied the request, to which Kahlilia informed the court she recently had surgery and wouldn't be able to start right away.

So even though there is a dockett full of cases for her to preside over, she has yet to hear a single one.

Even though she claims that she has a staph infection and shouldn't be around anyone until she is better, Local investigative reporter Rob Wolcheck spotted Davis out and about, going to Sams Club, the gym, and even the credit union. Wolcheck did see Davis going to the courthouse on February 15th, but it was only to pick up her paycheck.

On top of what appears to be a very poor work ethic, Davis has had some financial woes of her own including a $35,000 federal tax lien, being sued for $16,000 by allied financial for an unpaid account (of which she still hasn't paid a dime), failure to pay her property taxes, and even filling a chapter 7 bankruptcy in 2012.

Also See: Judge Judy Ows Mother of 5 Trying to Mooch off Others

Not exactly most people's description of a law abiding, upstanding citizen.  However, she has appeared IN court several times as a defendant in cases she lost, despite her claims of being "a very successful lawyer for 9 years" during her campaign.

Davis showed up to the local Fox 2 news station to speak off camera, claiming that the "Chief Judge was involved in retaliatory harassment" for beating her Step-Grandson in the election, but could offer no evidence or proof.

The Chief Judge Nancy Blount responded saying she has "yet to receive a satisfactory statement from her doctor excusing her from work. Any lengthy absence creates a hardship on the court and the public".

Check out the full investigative report below:

In an update on their website [November 3rd of 2017] the Fox 2 station that originally broke the story states:

"Kahlilia Davis (the judge who didn't show up for work the first three months of the year) is now suing because the chief judge won't let her hear any cases. So now the judge who was a no-show after being elected, is basically being told she has to go to the 36th District Court for work - but can't hear any cases. " 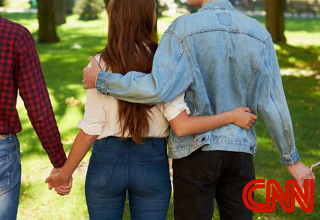 NEXT ARTICLE CNN Embraces the Hate, Publishes Article About Cuckolding