Whether or not you have much of an opinion on the coronavirus relief bill stimulus checks, it's clear the U.S. government's plan to distribute $1,200 deposits to Americans has not gone smoothly at all.

Aside from delays and the IRS's own stimulus check tracking app crashing the day it launched, there have been a bunch of other weird stories playing out. From fake checks trying to lure in people to buy cars and a pastor convincing people to give away their checks, the stories keep coming.

But among all of those, these are the three weirdest and most frustrating things to happen with stimulus checks so far. The fact that they all happened in the same week isn't a good sign for the future.

Man Mistakenly Gets $8.2 Million Instead of a Stimulus Check

When a firefighter in Indiana used an ATM to check if his stimulus check had been deposited, he saw instead that there was an unexpected $8.2 million added to his account.

The guy called his bank to ask about the money, but by the next day it had disappeared. The bank said they weren't sure what happened, whether it was an error on their part or on the part of the IRS, but either way the firefighter was super disappointed.

“It kind of sucks,” he said. “You go from being a millionaire one second then back to being broke again."

A bunch of people in Atlanta were understandably pissed when they found out their stimulus checks had been deposited into a local tax preparer's account rather than their own.

Video from the storefront shows a woman storming out of the place and the business owner sneaking away after not being able to explain to the taxpayers what was going on.

Ok this is insane, but just the tip of the iceberg. This is a direct text to me from a friend. I called to confirm this actually just happened. pic.twitter.com/GBRPcmYMXW

A congressman from Kentucky brought to everyone's attention that in their haste to issue payments, the IRS has been accidentally depositing money in the bank accounts of dead people.

The IRS said they don't know how many stimulus deposits have been made to dead people, but given the U.S. government's history of issuing Social Security payments to dead people (in the past they've paid out as much as $20 million to the deceased), there's probably more slip ups to come.

I know someone who received their $1,200 #StimulusCheck today & also received $1,200 for their deceased spouse who passed in early 2018, which was clearly indicated deceased on their 2018 tax return.

Is the government that desperate for people to spend money?#StimulusChecks

Although once people do get their stimulus money, they can't exactly be trusted to spend it wisely. 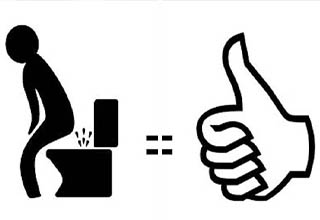 NEXT ARTICLE A Quick Guide to Bidets