The strange and creepy story of the Tic Tac UFO began all the way back in November of 2004. A radar operator named Kevin Day was the first person to report seeing a slow-moving and unusually shaped object off the coast of San Diego California, specifically near San Clemente Island.

The Tic Tac-shaped craft was flying with a group of five to ten similarly shaped objects at an elevation of roughly 28,000 feet. The objects were moving around 140 miles per hour, a speed too slow to be conventional aircraft and a height too high to be birds.

Commander David Fravor also made headlines after several appearances on different shows and podcasts discussing what he personally witnessed during an encounter with a tic tac ufo during his time on the USS Nimitz. 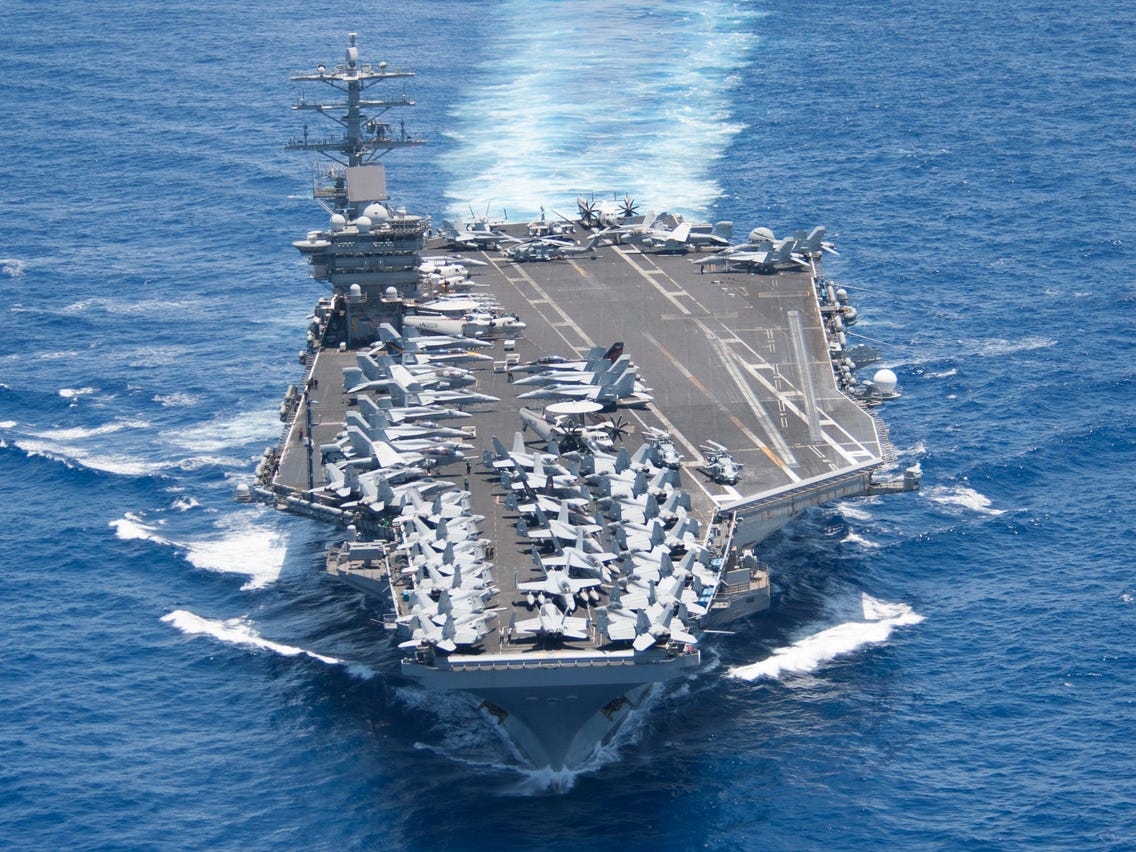 On November 14th, 2004, CDR Fravor and his WSO were flying with another Super Hornet from VFA-41 on a routine training mission that was focusing on Air Defense of the carrier battle group. You can hear his personal account of the incident in the video below:

On a seemingly normal day on November 10th in 2004, a Senior Chief Operations Specialist for the Department of Defense saw something that he couldn't explain.  His initial concerns were simple ones, was this an enemy or foreign military aircraft? A ballistic missile, a drone, or another type of weapon? Could it perhaps even be alien or extraterrestrial in origin? These were all the thoughts racing through the minds of Navy Personnel as the events unfolded.

A video from the US Navy showing one of the incidents involving a Tic Tac UFO and two FA-18 Super Hornet Navy Fighter Jets was released to the public back in 2017. The video (as seen below) shows three videos declassified by the Pentagon, the first of which was originally published by the New York Times. 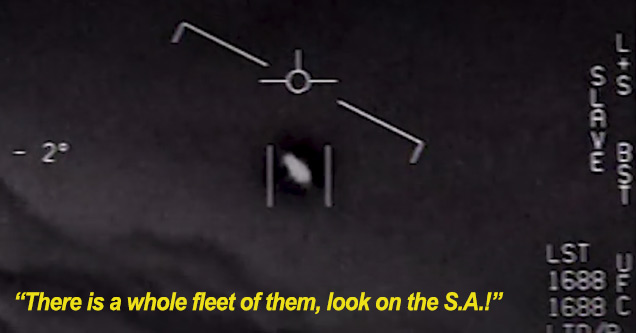 In August of 2021, a man from Clovis California (outside of Sacramento) spotted something in the sky on his way to get gas. He whipped out his phone and recorded the strange object which he and many others believe to be another tic tac ufo sighting. The Tic Tac UFO even wound up with its own Instagram page where the videos have been enhanced and colorized and appear to show some kind of energy or aura enveloping the craft.

UFOs (Unidentified Flying Objects) have been a mysterious fascination of human beings throughout history.  The first UFO sighting in American history dates all the way back to 1639 in Massachusetts.

UFOs are considered to be a controversial topic of discussion due to their "fantastical nature" as well as the shroud of secrecy they've been covered in by Governments around the world. Despite their best efforts to cover this up by denying sighting claims, using secret facilities like "Area 51", and funneling billions through secret budgets and black projects, many are hopeful that someday, the truth will be revealed.

A Gallup poll found that 1 in 4 Americans believe that UFO sightings are real and that the crafts belong to beings from another planet or galaxy.

A poll from Pew Research Center had similar results that showed most Americans do believe in UFOs, that they are extraterrestrial in origin, and do not pose a threat to national security or mankind in general. 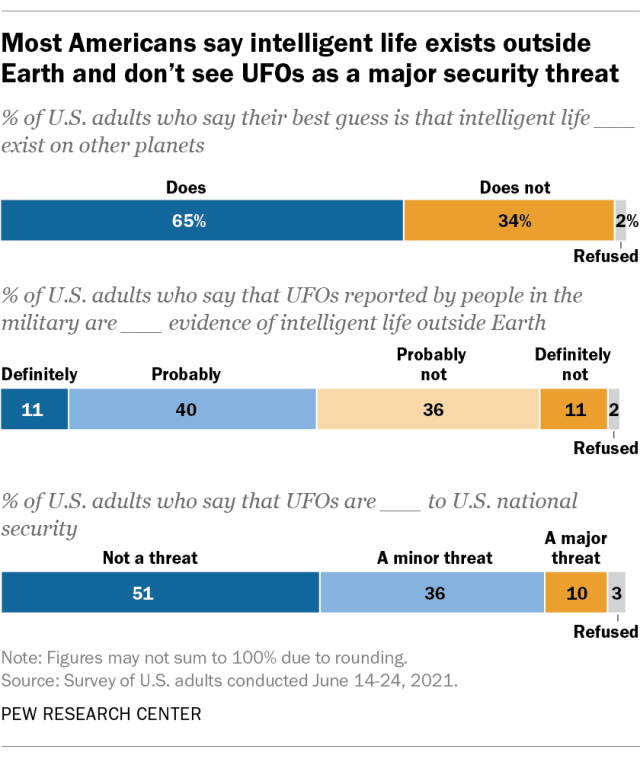 As part of the  2.3 Trillion dollar Covid-19 Relief and spending bill, the US intelligence agencies had 180 days from the signing of the bill to share what they know about UFOs, give an unclassified report about the aircraft, as well as an analysis of any UFO data and any possible security threats they pose. As you probably guessed, when the report finally did come out, it was a big nothing burger and failed to confirm any of the evidence of alien life.

However, the fascination and speculation around UFOs barely missed a stride.  There continue to be UFO sightings, recorded videos, and personal accounts around the strange sightings and encounters.

For a very long time and perhaps even still to this day, there was a certain stigma around UFOs and Aliens that many people just associated with tin foil hat-wearing conspiracy theorists. However, throughout history, many credible sources have been vocal in their belief or knowledge of Extraterrestrial crafts or life.

Physicists to Medical Personnel and even prominent members of the intelligence community have come forward in different ways with extraordinary stories and information surrounding the unidentified aerial phenomenons.

Perhaps the most well-known name around UFOs and Alien technology, Bob Lazar has been called everything from a whistleblower to a crazy person, and even a flat-out liar. Bob's story is that he worked at the mysterious facility known as Area 51, particularly S4 or site 4. Bob claims to have seen, touched and attempted to reverse engineer Flying Saucers the US Government had at the secret military compound. Bob has been the center of controversy ever since he went to investigative reporter George Knapp to tell his story in May of 1989.  Many people are skeptical of Bob's story and some even consider it an active disinformation operation by shadowy groups inside the US Government.

Luis Elizondo a former U.S. Army Counterintelligence Special Agent and former employee of the Office of the Under Secretary of Defense for Intelligence. Luis has been one of the more outspoken personalities around the Government's knowledge and information around UFOs. Elizondo teamed up with Blink 182's Tom DeLonge in the formation of the "To the Stars Acadamy of Arts and Science" in an effort to shed light on UFOs and Extraterrestrial life in a more artistic and story-telling format.

“The American people now know a small portion of what I and my colleagues in the Pentagon have been privy to: That these UAP (unidentified aerial phenomenon) are not secret U.S. technology, that they do not seem to belong to any known allies or adversaries and that our intelligence services have yet to identify a terrestrial explanation for these extraordinary vehicles. This conversation is only just beginning.”

Geroge Knapp is a television journalist and investigative reporter for KLVX-TV Channel 10 who rose to wold-wide notoriety after he broke the incredible tale of flying saucers and Area 51 back in 1989. Although George interviewed Bob Lazar and aired the piece, he had a very healthy skepticism about Bob's story initially and was digging to find holes and contradictions in the tall tale. George has stated publicly that he believes Bob Lazar after three decades of research, reporting, and investigating Bob's claims. In 1990 his series about UFOs was selected by United Press International as best in the nation for Individual Achievement by a Journalist.

Below is the original interviewed that aired with George Knapp and Bob Lazar:

Jeremy Kenyon Lockyer Corbell is an artist and filmmaker from Los Angeles, California. Fascinated with the paranormal and extraterrestrial, Corbell interviewed George Knapp and Bob Lazar for his documentary "Bob Lazar: Area 51 & Flying Saucers" a fascinating watch about the life story of Bob Lazar, his time at Area 51, and certain things that have happened to him since he went public.

Corbell has released several videos and still images around different Unidentified Aerial Phenomena (UAP), which have been verified as authentic by sources in The Pentagon and Department of Defence.

UFOs and Alien or Extraterrestrial life seem like such a wild stretch of the imagination for some, but for others, they consider it science fact. While there appears to be an overwhelming amount of evidence and first-hand accounts that seem to "prove" the existence of alien spacecraft and/or life forms, the sad fact is we may never know the whole truth. Short of a UFO landing in a public place and making contact with us, it's extremely unlikely that the US Government will divulge the full extent of their knowledge and information on the topic. 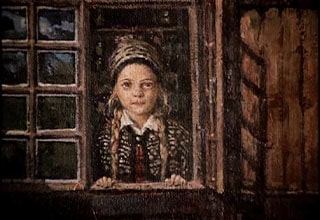 NEXT ARTICLE Non-Horror Movies That Terrify Us to Our Core