Judge Alexis G Krot loses her mind over cancer patient not being able to clear out brush around his house. pic.twitter.com/vUWu9zHwnx

Autoplay On
Next Video
The judge's overblown reaction and complete lack of sympathy garnered plenty of criticism online:

That insensitive tool should be removed from the bench.

Because sometimes you can't afford it. Every had cancer? Ins doesn't cover everything you need. Pray you have a good savings, your going to need it. Maybe one of you could have stepped up and asked if they needed help! That 100 doesn't even touch one prescription! For shame!

My handle says what my 2019 was like. I underwent SIX Chemo treatments. Each lasting 5 days. Each getting blasted with Chemo for about 100 hours.
I didn't have enough energy to walk a block without crutches. Get Judge Alexis G Krot off the bench NOW!

They were the ones that DID clean it up before the son came back to the country. Once the citation was written, there was nothing the community could do as it was now a legal issue. What prob happened was the city cited him without him being reported by neighbors from a drive by

It's alarming how many people think this judge's behavior is called for. Disheartening to see so many people assuming this family could afford a landscaper. Saying shit like "jUsT dO iT" despite the man wheezing. So little compassion or patience. Deeply disappointed in people.

This judge has never seen anyone on any real cancer treatment maybe. If it’s chemo or meds, it could leave a 25 year old without the energy to get out of bed to brush their teeth and shower, much less asking a 72 year old to go out and do yard work.

What gets me is that the yard was cleaned before the court hearing; should have just dismissed the case since issue had been resolved. And I wonder what “neighbor” complained. 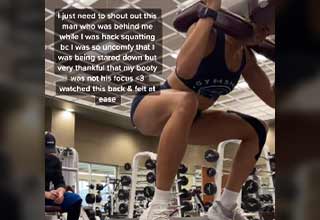