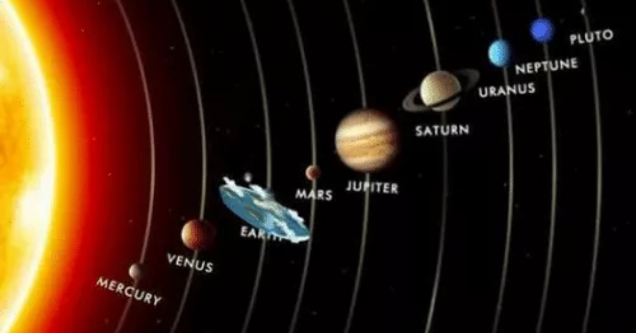 Now that Boeing CEO Dennis Muilenburg and Elon Musk are in the middle of a space race to get to Mars, it's time to have a serious talk about outer space. Specifically, how dangerous that place is.

We don't have to speculate about how space affects the human body like we used to. We've started sending astronauts up to the International Space Station to live in low-Earth orbit and test our theories.

Perhaps the most famous of this prestigious bunch is Scott Joseph Kelly, a man who piloted the Space Shuttle Discovery in December 1999, and more recently lived in space for 340 days. Apparently it wrecked havoc on his body in a variety of ways as explained in his new book titled Endurance, which we'll talk about below.

1. A Blood Rush Like You Just Got Tackled By A 260lb Linebacker

Without gravity to push blood down, the body has a tough time figuring out how to move oxygen around—stupid body. In space it has to learn how to push blood down from your heart to your legs and feet, something it does easily down here on Earth.

Upon arriving back on Earth astronauts like Scott Kelly have a really tough time with blood rushing downward. He says in his book:

"I struggle to get up. Find the edge of the bed. Feet down. Sit up. Stand up. At every stage I feel like I'm fighting through quicksand. When I'm finally vertical, the pain in my legs is awful, and on top of that pain I feel a sensation that's even more alarming: it feels as though all the blood in my body is rushing to my legs, like the sensation of the blood rushing to your head when you do a handstand, but in reverse."

2. Cancer Prospects Through The Roof 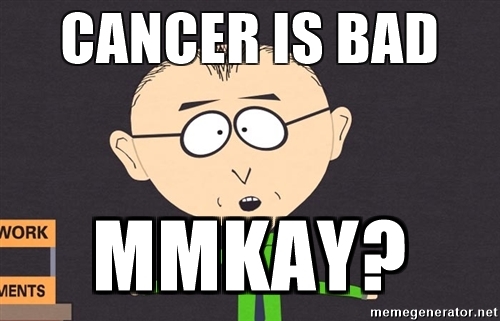 As Mr. Mackey once said, "Cancer is bad, mmkay?" Obviously you don't want this crap, even if it means you have a good reason to build a multi-million dollar methamphetamine empire.

Without the Earth's atmosphere to muffle gamma rays produced by the Sun, anyone in Space is subject to these atom-penetrating monsters. They would like nothing more than to make you a hypochondriac for the rest of your life. Scott Kelly explains:

"I had been exposed to more than 30 times the radiation of a person on Earth, equivalent to about 10 chest X-rays every day. This exposure would increase my risk of a fatal cancer for the rest of my life."

3. Chipotle Is Hundreds Of Miles Away 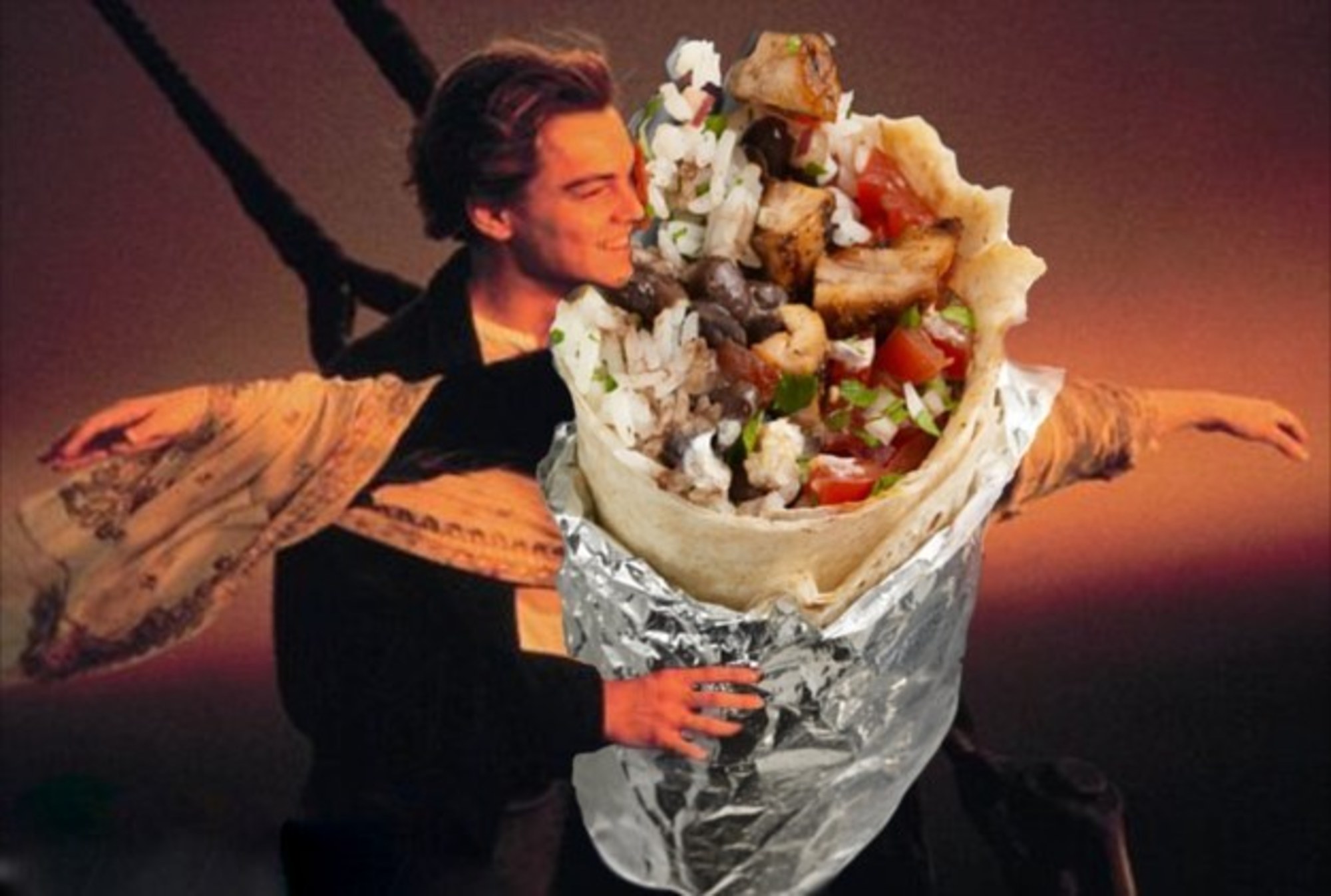 I can't imagine what it'd be like to not have a Chipotle within walking distance, let alone hundreds of miles away. The International Space Station is 254 miles from Earth's surface, meaning there's absolutely no way I'm ever becoming an astronaut.

That is, unless they launch me along with a few tubs of guac and and frozen steaks. That would probably work for a few months. 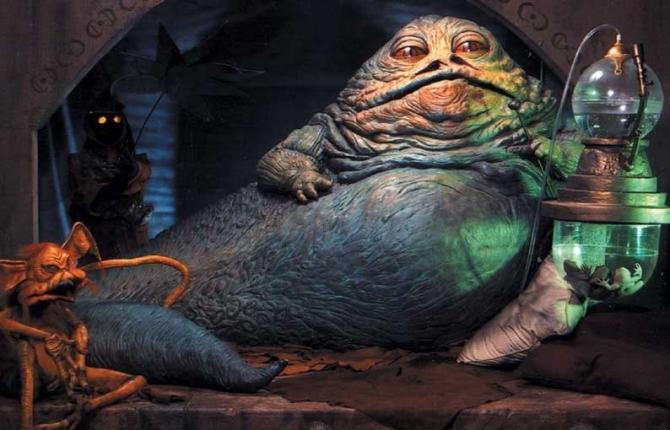 Look, you're in your mating prime. You need to look good, and that means not walking around with Alien stumps.

With that in-mind, it's a bad idea to go to outer space. Why? Well, apparently half your body will swell up to make you look like Jabba the Hutt. I mean, you might be able to pull it off just as he did, as long as you're rich from investing in Bitcoin five years ago.

You thought leg day was hard? Try doing squats under these conditions:

"I can feel the tissue in my legs swelling. I shuffle my way to the bath room, moving my weight from one foot to the other with deliberate effort. Left. Right. Left. Right. I make it to the bathroom, flip on the light, and look down at my legs. They are swollen and alien stumps, not legs at all. 'Oh sh*t,' I say. 'Amiko, come look at this.' She kneels down and squeezes one ankle, and it squishes like a water balloon. She looks up at me with worried eyes. 'I can't even feel your ankle bones,' she says." 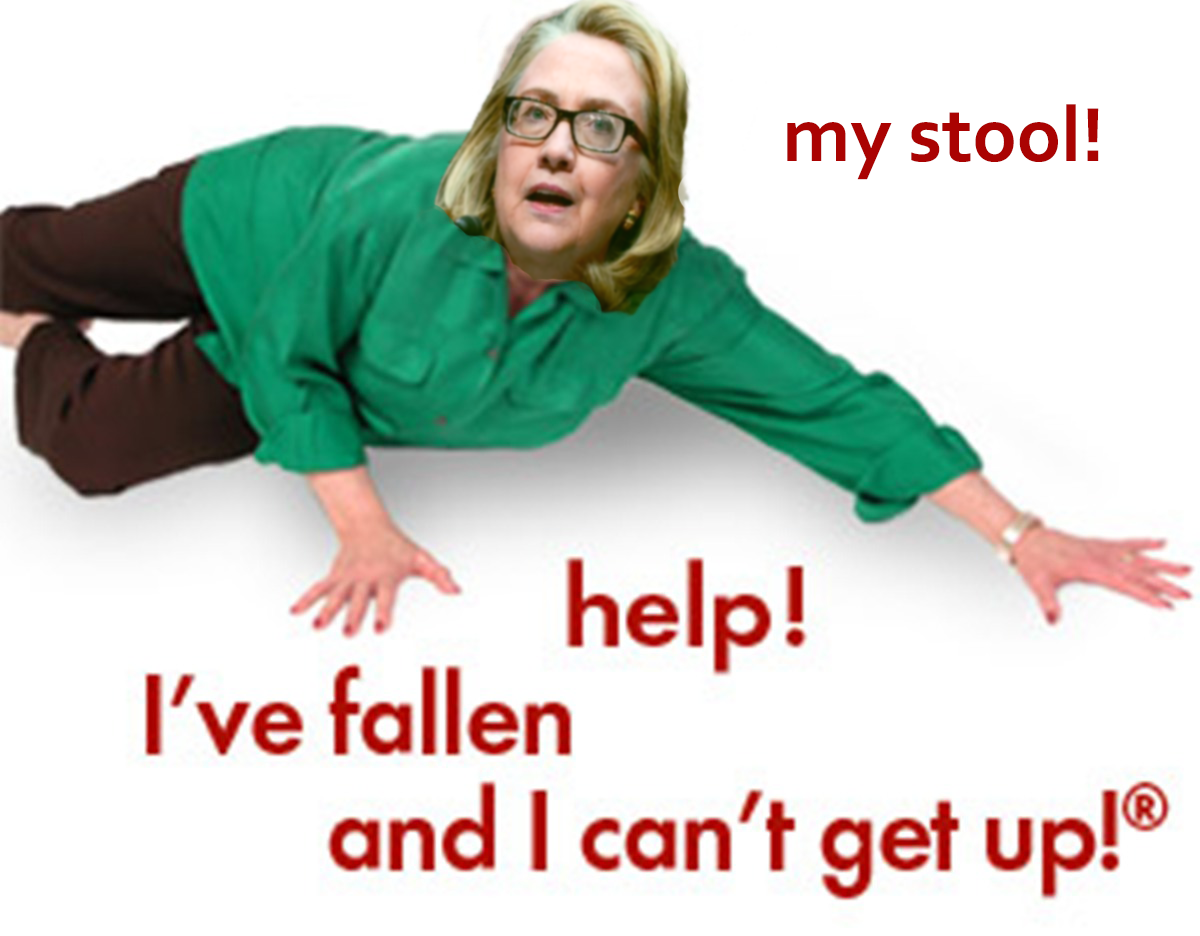 Extending beyond the previous point, muscle degeneration is a serious problem in outer space. Even though they have equipment for working out, it's just not the same as when you have more space and gravity to help make everything harder.

So, your entire body becomes weak, to a point where you'll need help getting chucked into your van like a side of beef.  Scott Kelly describes such a situation:

"It's March 2016, and I've been back on Earth, after a year in space, for precisely 48 hours. I push back from the table and struggle to stand up, feeling like a very old man getting out of a recliner."

Of course, all these problems with muscle degeneration and blood flow mean you'll be in pain... all the time. Want to play PUBG with your stupid little PS4 controller to unwind after a long day at work? You better pop a bunch of oxycodone and have an oxygen machine ready, because even something as simple as sitting on the couch is going to be a cause for pain.

Oh, and you'll be nauseous, like that time you accidently ate too many shrooms. Not fun. Scott Kelly writes:

"Every part of my body hurts. All my joints and all of my muscles are protesting the crushing pressure of gravity. I'm also nauseated, though I haven't thrown up. I strip off my clothes and get into bed, relishing the feeling of sheets, the light pressure of the blanket over me, the fluff of the pillow under my head." 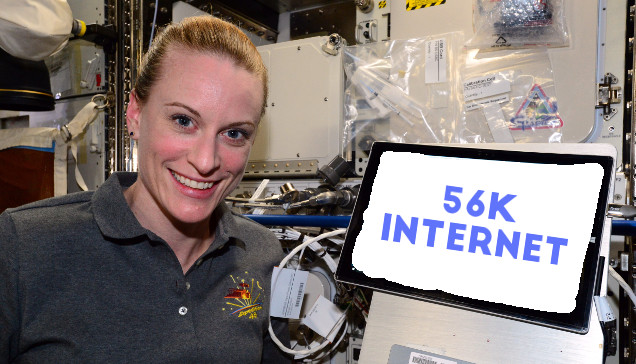 How the heck are you supposed to download all your World of Warcraft updates without a proper internet connection? You thought quitting smoking was hard, wait until you can't turn to your MMO addiction every time you're depressed (every day in space).

For that matter, good luck streaming Netflix in 4K.

If you've had a skin rash before, you know how much it ruins your life. One minute you're upset over stubbing your toe on a vacuum cleaner. And then you wake up with a rash on your chest. Only, this time it's your entire body and you feel like you just got boiled like a lobster.

If how Scott Kelly described it is any accurate indication, at that point you're better off just jumping off the nearest cliff.

"'My skin is burning, too,' I tell her. Amiko frantically examines me. I have a strange rash all over my back, the backs of my legs, the back of my head and neck – everywhere I was in contact with the bed. I can feel her cool hands moving over my inflamed skin. 'It looks like an allergic rash,' she says. 'Like hives.'" 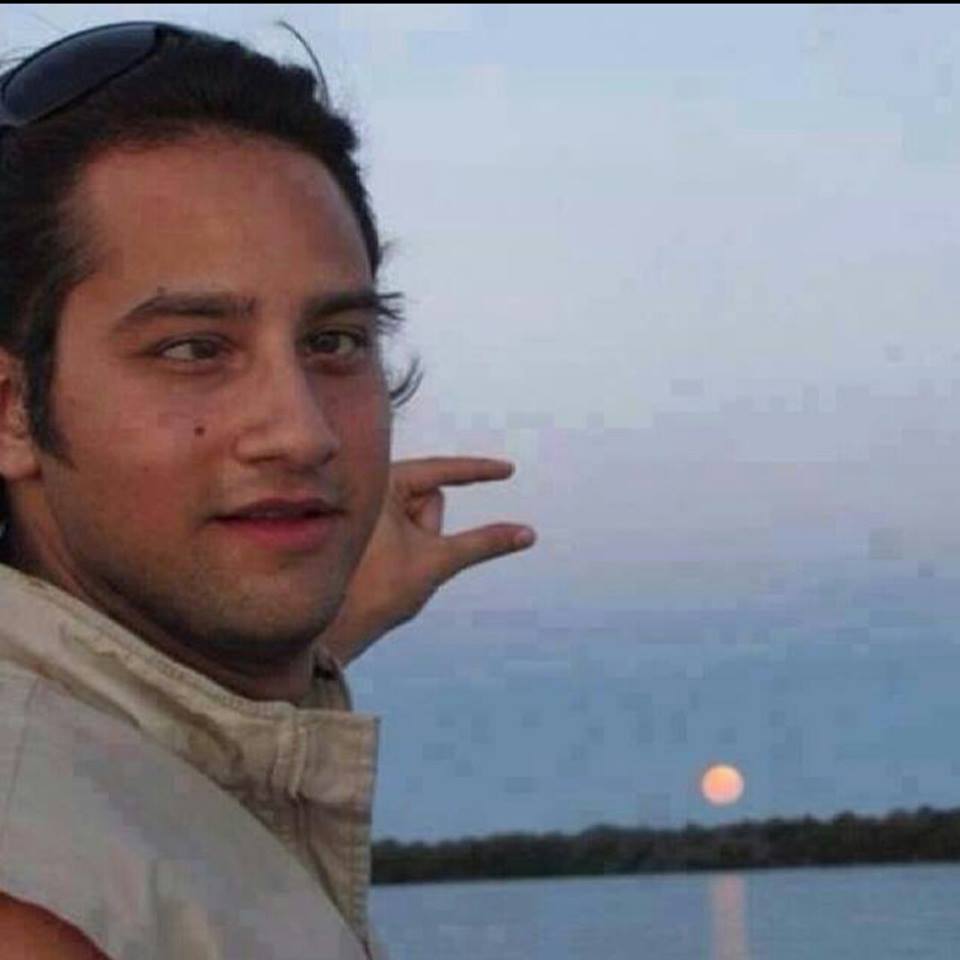 Unfortunately, every person we've sent to outer space has come back reporting serious eye issues. Fatigue, vision loss, and minor pain have been reported, and we're just beginning to understand why it happens. If that isn't a reason not to go to Mars, I don't know what is. Scott Kelly says:

"On my previous flight to the space station, a mission of 159 days, I lost bone mass, my muscles atrophied, and my blood redistributed itself in my body, which strained and shrank the walls of my heart. More troubling, I experienced problems with my vision, as many other astronauts had."

10. You Have To Poop Into A Vacuum 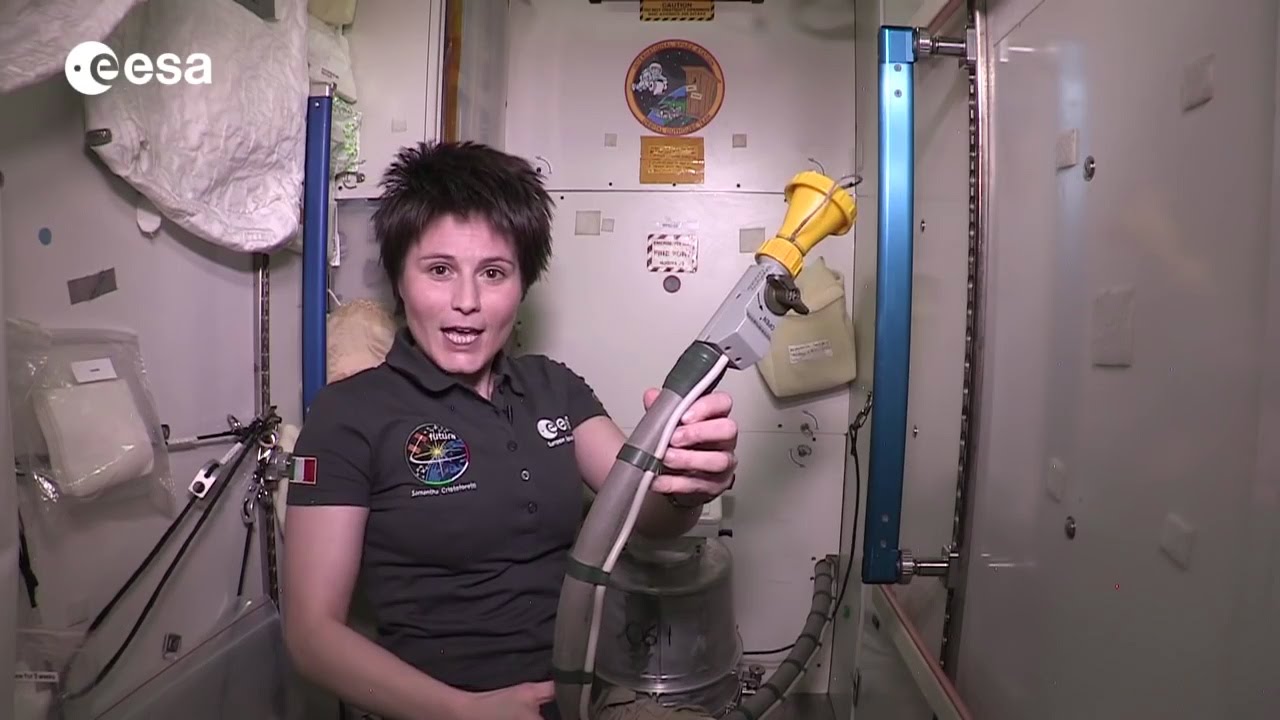 For some of you (i.e. diediedie) this will be seen as a good thing since you like vacuums near your sphincter, but as far as I'm concerned having to sit on a small hole that sucks your feces downward—due to lack of gravity—isn't exactly the best way to start your day.

ESA astronaut Samantha Cristoforetti showed us what this gizmo is like in a video a couple years ago, and we were instantly convinced that living on Earth is perfectly A-OK. 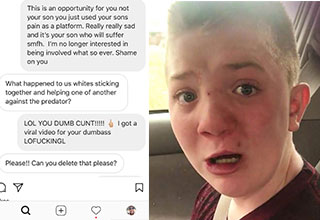 NEXT ARTICLE Keaton Jones, The Viral Bully Kid, Is The New Clock Boy