A student reportedly called for the teacher to come to his desk several times, and when she finally did he pulled out an 8-inch butcher knife from his backpack and stabbed her in the chest.

This student used his jacket to help control the bleeding, and distracted the attacker so others could go get help.

School officials said students ran out of the classroom to get help and the school resource officer quickly disarmed the student and then took the boy into custody.

Officials say there wasn't any known issues between the teacher and the student.  A fellow classmate told WSBTV that the boy once told him he "wanted to kill someone" and in retrospect he should have reported that to the school.

Police are not releasing the name or condition of the teacher, nor the identity of the student.

Classes are back in session Tuesday, but there will be additional counselors and police presence at the school, Queen said.

"We have never had a situation like this at our school and I know we all are concerned about this and the fact that one of our Trickum Middle family was hurt at the hands of a student is very upsetting," the principal said. "I ask that you keep our teacher who was injured in your thoughts and prayers." 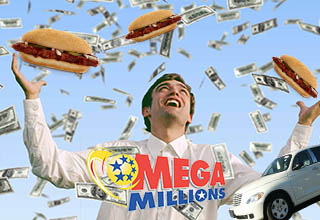 NEXT ARTICLE Here's What You Can and Definitely Should Buy If You Win The Mega Millions 1.6 Billion Dollar Jackpot